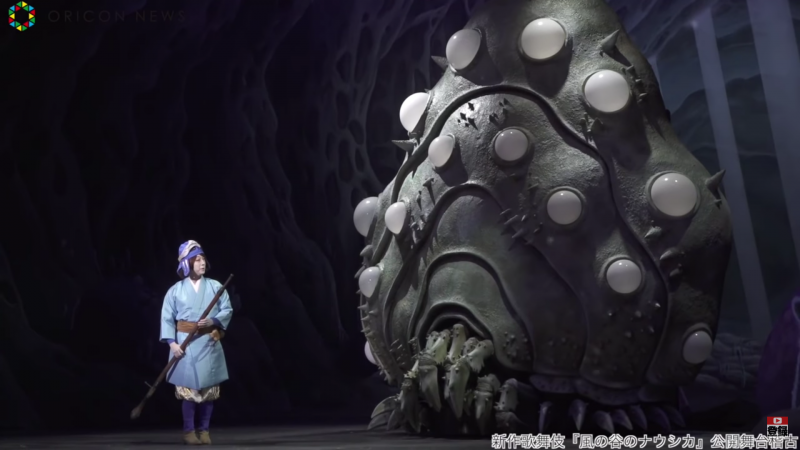 Princess Nausicaä and an Ohmu in a new kabuki stage production of Miyazaki Hayao's Nausicaä of the Valley of the Wind. Screencap from Oricon YouTube channel.

One of Japan's most popular stories is being staged as a kabuki play in December 2019. Created by famed Japanese director, animator and storyteller Miyazaki Hayao, “Nausicaä of the Valley of the Wind” (風の谷のナウシカ, Kaze no Tani no Naushika) first appeared as a manga serial starting in 1982, and then as a hit animated movie in 1984 that still popular with audiences around the world.

The kabuki version of Nausicaä is performed by an all-male cast featuring famed kabuki performers Onoe Kikugorō V and Nakamura Shichinosuke II. Onoe plays Nausicaä, the female protagonist of the story, while Nakamura portrays Princess Kushana, the antagonist. The stage play began its run at Tokyo's Shinbashi Enbujo on Friday, December 6, and will continue until December 25.

“Nausicaa” Kabuki stage play is opening tomorrow in Japan.https://t.co/0tcRvmYhxX
Thanks @ButaGhibli for the link. pic.twitter.com/YfJlzhefVb

Set in a post-apocalyptic future, both the manga and the anime versions of “Nausicaä of the Valley of the Wind” tell the story of Princess Nausicaä's attempts to prevent humanity from destroying itself and all other remaining life forms on a poisoned, largely inhospitable Earth. Like all of Miyazaki's work, Nausicaä uses fantasy to explore complex themes of environmentalism, pacifism, and human fallibility and greed.

Miyazaki Hayao is one of Japan's most celebrated auteurs. The founder of Studio Ghibli, Miyazaki's most popular works both inside and outside of Japan include “My Neighbour Totoro” and “Spirited Away“. Miyazaki got his start producing serialized manga in the late 1960s, which would eventually lead to the Nausicaä series. 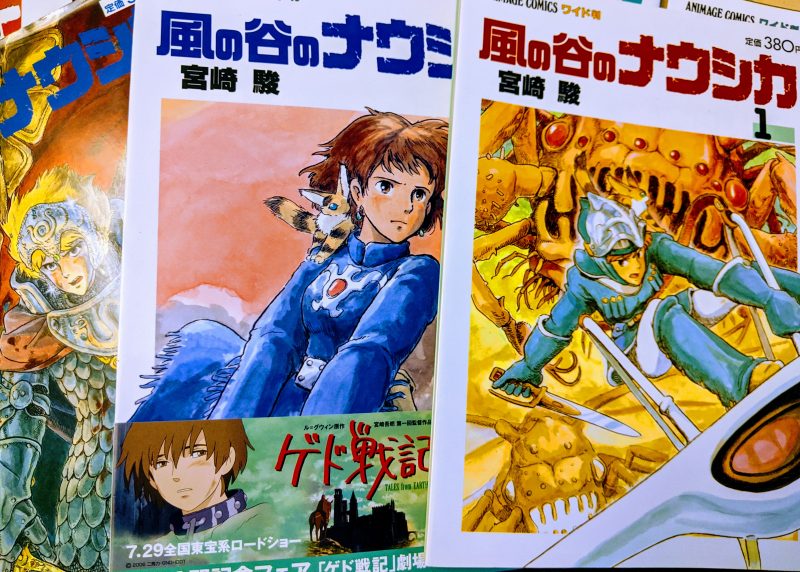 Nausicaä of the Valley of the Wind (風の谷のナウシカ) was a long-running manga (comic) serial by Miyazaki Hayao first published in 1984. Photo by Nevin Thompson.

Nausicaä will be performed from December 5 to December 25, 2019, in Tokyo. It follows a similar kabuki production of Star Wars, which can be watched online on YouTube.