Albania slowly going back to normal after devastating quake 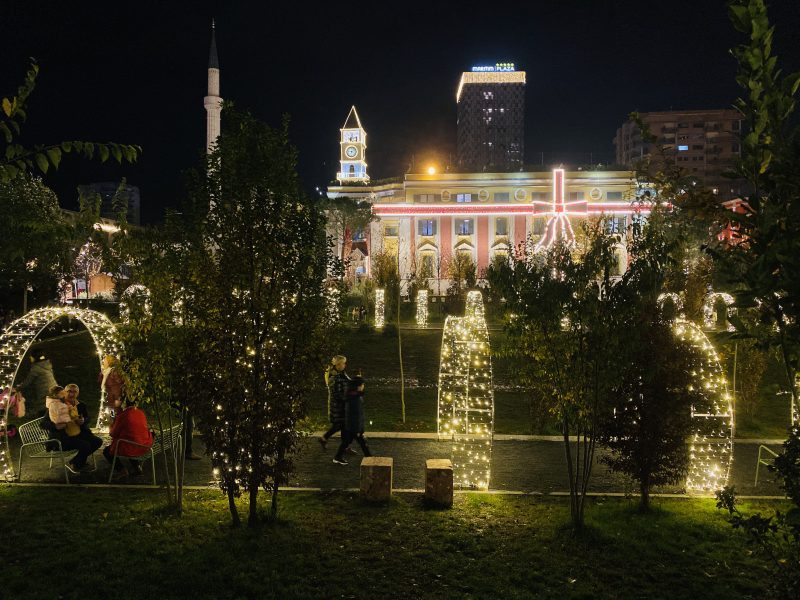 The center of Tirana, the capital of Albania prepared for year end celebrations. Photo by Ardi Pulaj, used with permission.

The catastrophic 6.4-magnitude earthquake that hit Albania before dawn on November 26, 2019, took the lives of 51 people, left thousands injured and homeless, and many buildings damaged.

Scenes of demolished buildings and panicked people made headlines all over the country and the world. Many abandoned their hometowns of Durrës, Thumanë and even the capital Tirana in fear of the aftershocks and found shelter elsewhere in the country or in neighboring Kosovo.

#Tirana has been looking empty with buildings half lit over the past four days. Many people appear to have left town to escape anxiety of #earthquake #aftershocks. Little damage in #Albania capital considering what has happened in nearby #Durres.

Prime Minister Edi Rama said the country's draft budget of 2020 would be revised to allocate 0.4% of the GDP for rebuilding homes and that it will not hurt other public expenses.

More than half of the country's population of 2.8 million were affected by the quake. On December 6, a total of 7,077 buildings were reported damaged. Around 12,000 people have been left homeless. Most of them have been transferred to hotels, and the government has promised to pay rent until their homes are rebuilt. Others have reportedly chosen to stay in tents or their cars.

Nonetheless, Albanians are trying to get back to normality. The month of December is when Christmas and New Year celebrations are prepared; Tirana and Durrës are in full festive atmosphere. 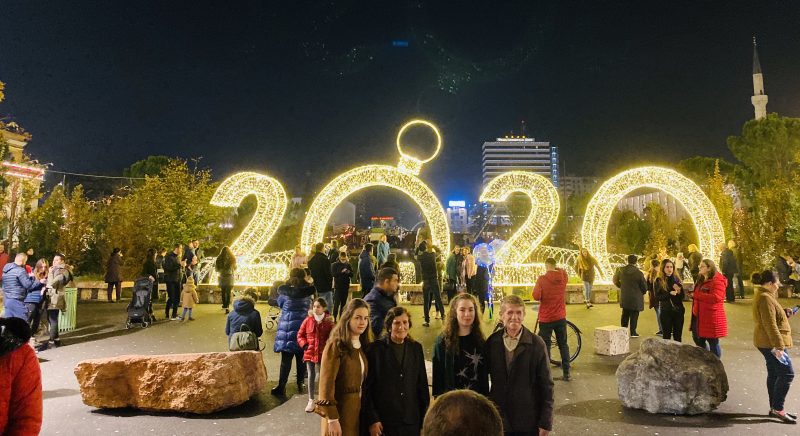 People taking pictures in the center of the capital Tirana, where New Year decorations have been put up. Photo by Ardi Pulaj, used with permission.

Construction rules in the spotlight 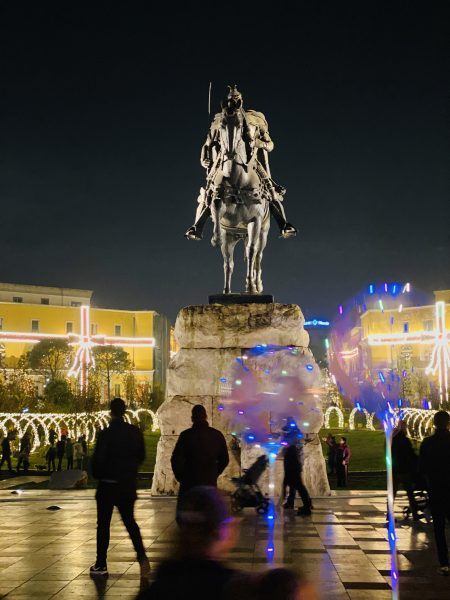 The monument of the national hero Skanderbeg in the square bearing his name in Tirana, the capital of Albania. Photo by Ardi Pulaj, used with permission.

The aftermath of the earthquake generated discussion about construction standards in Albania as many building were not prepared for the tremor.

Redi Muçi, a civil engineer and professor at the Faculty of Geology and Mining in Tirana, told Global Voices that in recent years many buildings were erected with structural flaws, or lacked a geology study.

The new Attorney General Olsian Çela started his job with a visit in Durrës on December 7. He said the press that district prosecution offices will include construction experts in an investigation into the earthquake damages.

Çela added that the focus will be indictments regarding illegal building and misuse of duty.

“We are conscious about what happened. Irresponsible individuals with a full conscience didn’t respect the law and, as a result, many people are dead. Law enforcement should be correct and precise and we will have clear results of the investigation”, the Attorney General said.

Prime Minister Edi Rama also announced his office is preparing a bill that would punish companies, professionals and investors who overstep construction permits. 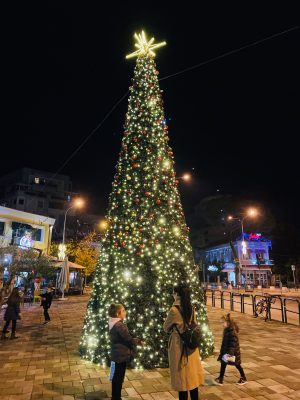 Children gather around the tree in the Pazari i Ri (New Bazaar) area in Tirana, the capital of Albania. Photo by Ardi Pulaj, used with permission.

Meanwhile, help from abroad is coming through: Janez Lenarcic, the European Union Commissioner for Crisis Management, was in Albania on December 6 to assess the damage and reconstruction priorities. The European Commission has already sent 15 million euros (16.6 million USD) to Albania in relief funds.

Additionally, Turkey has promised to build 500 homes in Albania. Entirely new neighborhoods will be built in Durrës, Tirana, and Laç.

Sport helping the people in need

FC Teuta, the local soccer team from Durrës, won against Skënderbeu on December 8 on a match played in the city's stadium where weeks ago homeless people were sheltered. A few players of the team were also affected by the quake. FC Teuta announced that the revenues from ticket sales will be donated.

Teuta, more than a victory/ Revenues from ticket sales in “Niko Dovana” [stadium] will go to [the affected by the] earthquake.

Two young boys, Aurel Lala, 10, and Alesio Cakoni, 7, who both survived the earthquake by jumping from a building in Thumanë, had their dreams come true when they met soccer legends Ronaldo and Buffon:

Ronaldo and Buffon meet with Alesio and Aurel. Both of them jumped from their apartments during the earthquake in Albania ❤🇦🇱 (1/3) pic.twitter.com/9F9Vo4mPom