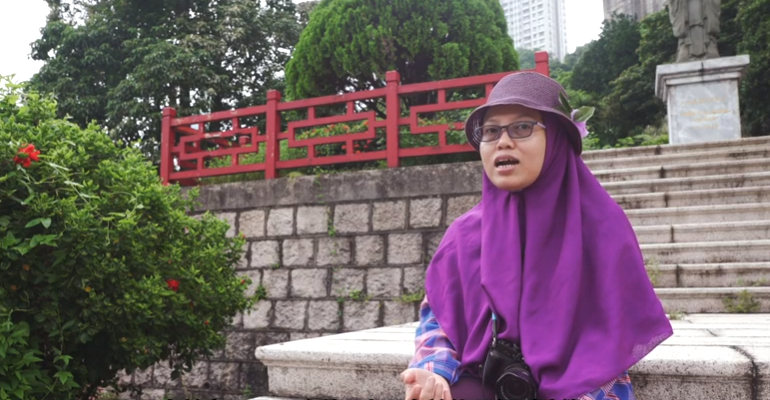 Screenshot of a video interview with Yuli Riswati. YouTube video by singintaiwan.

Award-winning Indonesian writer, citizen journalist, and migrant domestic worker Yuli Riswati, who covered the protests in Hong Kong since June, was deported on 2 December 2019 for having an expired work visa.

Since June, she spent her days off covering the weekly rallies in Hong Kong to inform her fellow Indonesian workers about the protest movement. She said her aim is to help migrant workers understand the protests instead of being misled by online disinformation.

Hong Kong-based civic groups believed that her arrest and deportation were politically motivated and they organized a solidarity protest for Yuli on 7 December:

Though Yuli Riswati was deported by Chinese authorities to indonesia, I am still touched when I see this tag #StandwithYuli. Today #Hongkongers are going to hold a protest for this brave Indonesian sister at center Edinburgh place, 3pm. pic.twitter.com/xQHHNpGaSx

Yuli was arrested by the immigration authorities at her workplace because of an expired work visa on 23 September, after news reports were made about her and her stance in support of Hong Kong people. She has a valid contract for two years which she signed early this year but forgot to renew her visa which expired in July. She said she forgot to do this because she had to renew her passport first.

According to the International Domestic Workers Federation, immigration authorities often allow those with expired visas to continue working as long as employers will guarantee the contract and explain the situation in writing. Yuli and her employer did this but she was still arrested.

Her petition was denied and she spent 28 days in a detention center where she was lured into withdrawing her appeal for visa extension:

I wrote that I withdraw my visa because I am being detained for too long and don’t know when I can go back. Again the officer said I cannot write that because the lawyer will give them troubles. In the end, against my will, I have to write I withdraw the visa, and I will go back to Indonesia to apply for a visa again.

Many groups inside and outside Hong Kong expressed support for Yuli. PEN Hong Kong believes Yuli was persecuted to discourage other non-permanent residents from being involved in the protests:

We condemn this action which may be intended to intimidate non-permanent residents and deter them from involvement in or documenting and commenting on political events in Hong Kong.

The group also questioned the haste in deporting Yuli. “We are shocked by the speed and apparent irregularities with which this took place, and will try to pursue this case.”

During a protest organized on 7 December, Yuli spoke by phone and shared her ordeal inside the immigration detention center.

She said over the phone during the rally today that she was strip-searched on her first day at the Castle Peak Bay immigration detention center and forced to remove her clothes in front of a male doctor on her second day (a serious affront to a Muslim like herself, she added).

She thanked those who showed solidarity and supported her case:

she thanked us and we are so undeserving of her thanks

Some of her photos were displayed at the rally site:

A ‘wall’ of support for Yuli:

Thanks everyone who showed up at the #standwithyuli rally today (& those who supported us but wasn’t free)! pic.twitter.com/9WX4n2Iguc

A petition drafted by the Yuli Support Group has four demands addressed to the government:

Why had Yuli been subject to detention and deportation without being convicted by the court of law?

The Immigration must address and improve the horrible treatments in the detention centres.

The government must stop all oppression on the people in resistance.

Nickolas Tang has an appeal to fellow Hong Kongers:

Yuli stood with Hongkongers’ fledgling struggle for liberation. It’s time for us to show our solidarity with her by fighting for a Hong Kong where all migrant workers are treated fairly and with dignity. 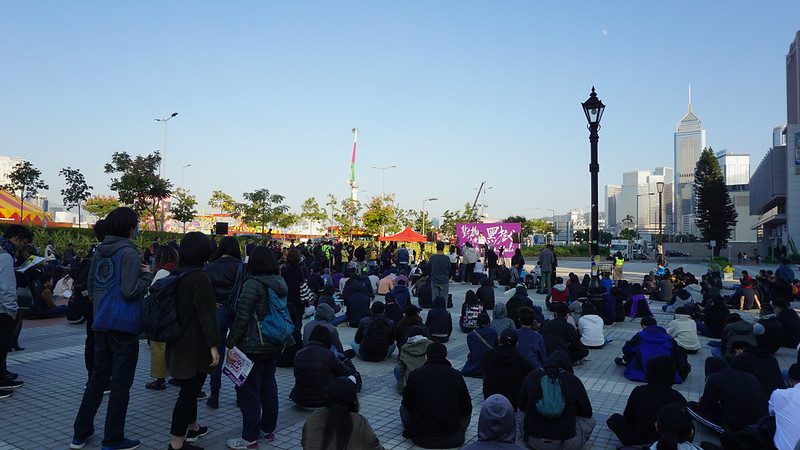 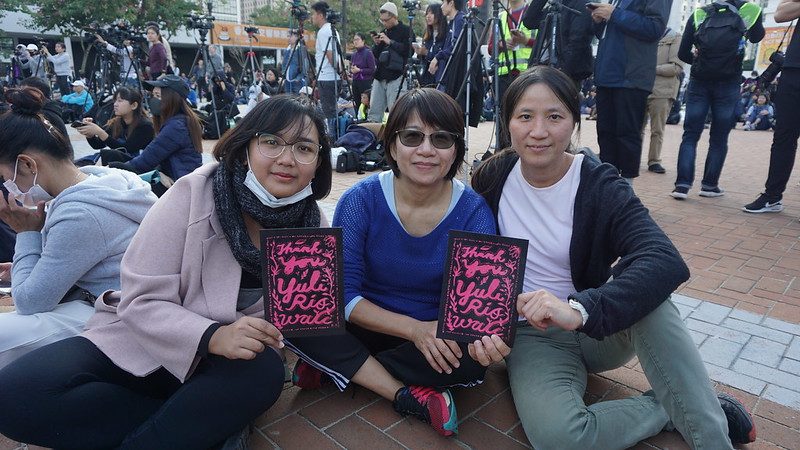 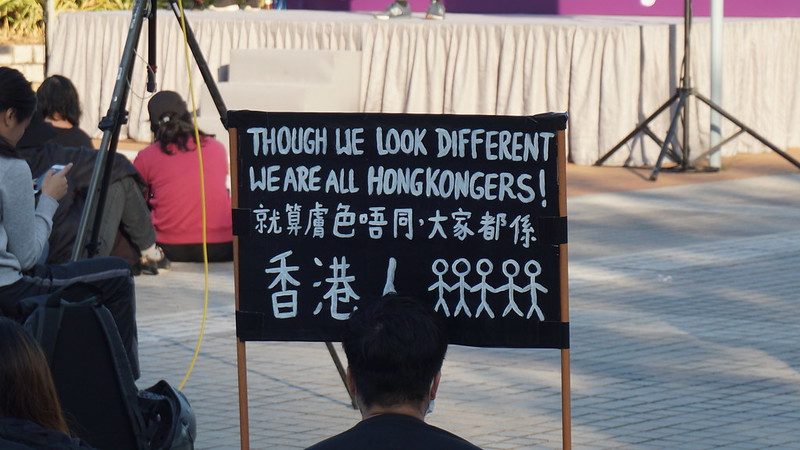