HK police referred to a protester as a yellow object 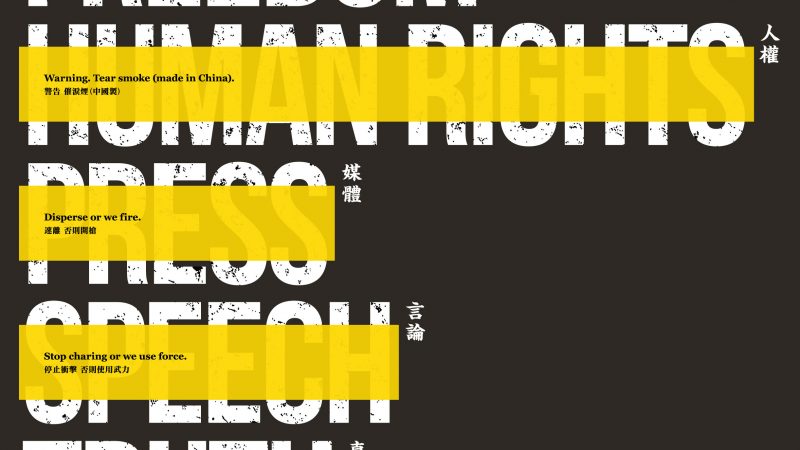 Street posters and graffiti have been an essential component of the prolonged anti-government protests in Hong Kong. This month, a group of 18 designers has a joint exhibition titled “Yellow Objects”.

The exhibition shows 18 posters following the theme “yellow object is ______” and it provides a maker space for participants to draw their own version of “yellow and black” street posters to display in the exhibition space.

The term “yellow object” has become an Internet meme in Hong Kong after a group of riot police officers was videotaped kicking a protester in a dark alley in Yuen Long on 21 September 2019. The next day, the superintendent of the police operation, Vasco Gareth Llewellyn Williams, told reporters that the video “shows what appears to be an officer kicking a yellow object on the ground”. A journalist yelled out on the spot, “He is a human, not an object!” 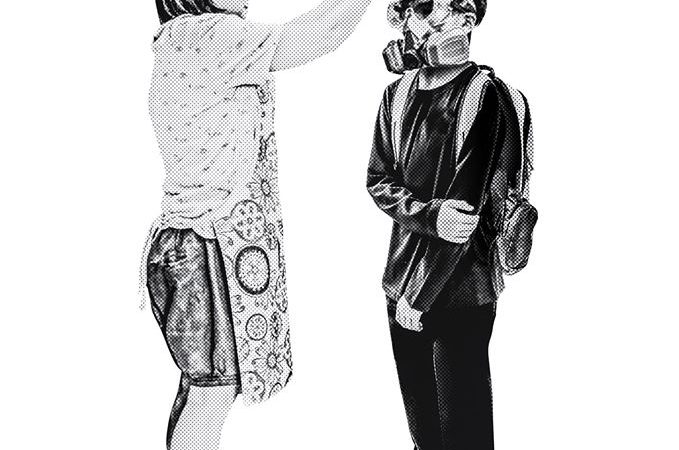 One of the 18 “Yellow Object” posters. Public domain image.

The incident is another example of the dehumanization of protesters by the police force, which previously used the word “cockroaches” to refer to protesters during operations. Pro-establishment groups and media outlets further spread the term on social media. Many have pointed out such dehumanising terms could create hostility and incite the police into the use of violence when dealing with peaceful protesters. 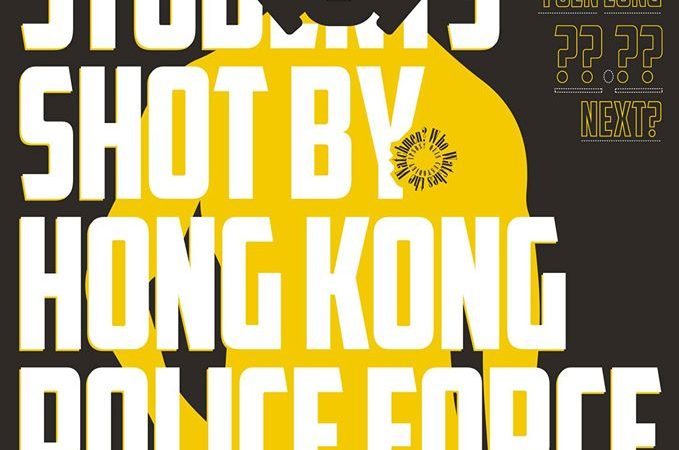 One of the 18 “Yellow Object” posters. Public domain image.

At the same time, the verbal violence against protesters has also inspired a huge amount of street art. The city landscape has brought the 18 graphic designers together for the exhibition:

Inspired by this emerging, painfully beautiful cityscape, 18 graphic designers speak up with the language of visual arts, in the format of poster in yellow and black.

The exhibition “ YELLOW OBJECTS” is a mockery of the brutal and ruthless authority that refers human being as object, and a reminder to defend and uphold human dignity. […]We hope that the audience could bring the message back to their community, by putting up these posters in their neighbourhood. It will be a perfect demonstration of our outcry for freedom, that will not be silenced by violence. 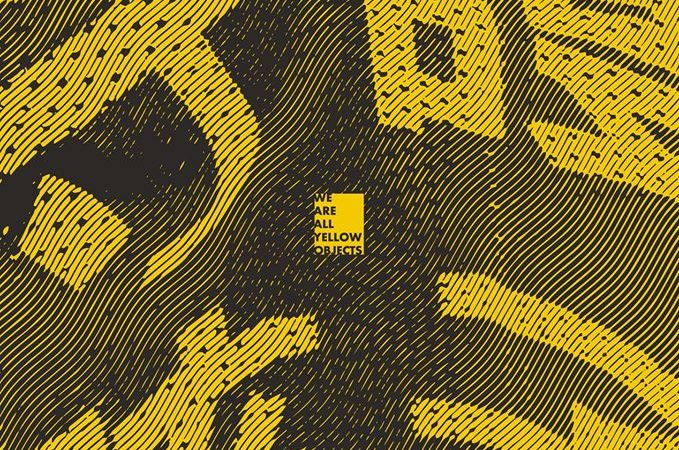 “Protect our kids”. One of the 18 exhibit. Public domain.

The exhibition is being hosted by Openground Cafe from November 21 to December 8, 2019. The exhibits are all copyright free for download and distribution. 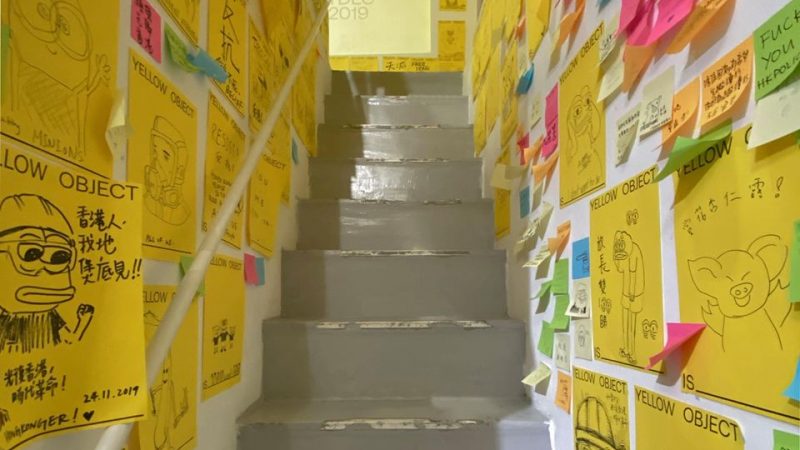 Entrance of the exhibition space via Openground Cafe's Facebook page.