Encounters with devils, angels and saints on the streets of the Czech Republic

St. Nicholas' eve was widely celebrated in Czechoslovakia even during Communist times 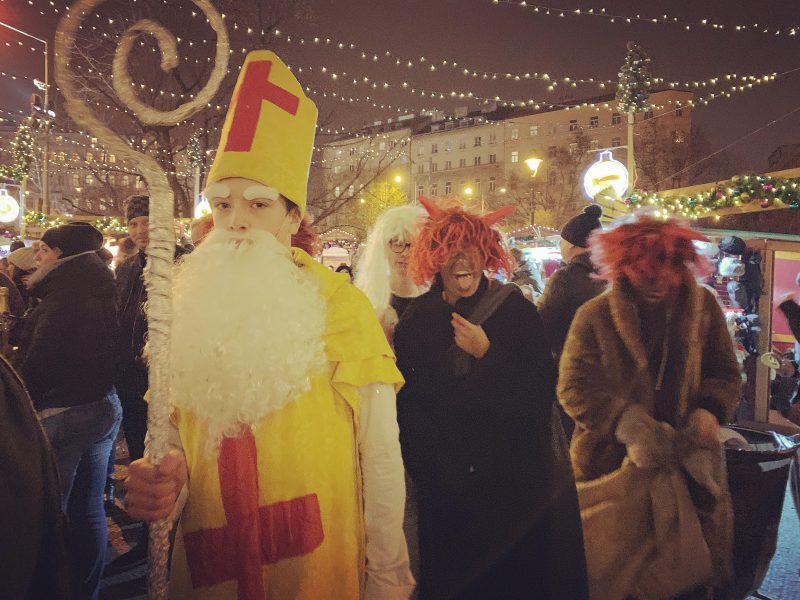 Traditional encounter with Saint Nicholas and a couple of devils in Prague 2 on the night of December 5. Photo by Filip Noubel, used with permission.

On the evening of December 5, the streets and squares of the Czech Republic fill with unusual characters: devils, angels and saints wearing tall hats. December 5 is eve of Saint Nicholas Day, and marks a special celebration for Czech children in the festive month of December.

Saint Nicholas was a 3rd-century Christian bishop born in the Greek city of Myra, now located in Turkey. The Christian hagiography has added many legends to his biography over the centuries. According to a rather gory one, a butcher kills three little children and pickles them in a barrel to sell as ham when Nicholas is passing through their city. Sensing the treachery afoot, he resurrects the children. This is perhaps among the main reasons that in the Czech Republic and other Central European countries, as well as in Belgium and the Netherlands, Saint Nicholas’ festival is closely linked to children.

In the Czech tradition, Saint Nicholas walks the streets and sometimes knocks at doors, accompanied by an angel and a devil, and asks parents if their children have or have not behaved well that year. If the report is positive, the angel pats the children and offers them treats. Children who have misbehaved get a symbolic scolding from the devil.

The festival is considered a family affair, and many young people dress up as one of the three characters and roam the streets to entertain and/or scare children in a light-hearted way. The feast has been so popular that it was widely observed in Czechoslovakia even during the Communist era, when public religious celebrations were banned, as it was considered to have partly pagan roots. Today, it is celebrated by local municipalities, but “unofficial”, spontaneous trios still walk around and keep the tradition alive.

Below are some photos taken in the evening of December 5, 2019, in Prague showing different ways in which Czechs marks the feast of Saint Nicholas. 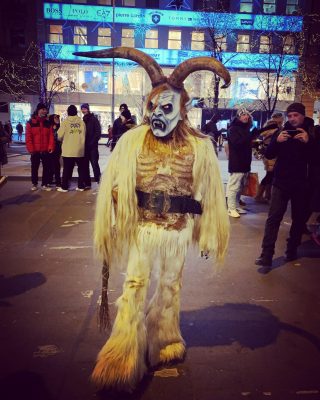 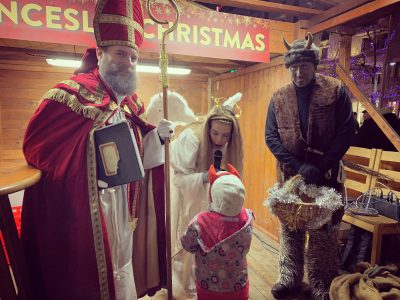 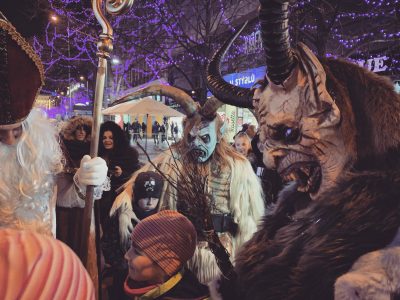 The devils are checking on children's behavior. Wenceslas Square in Prague. Photo by Filip Noubel, used with permission. 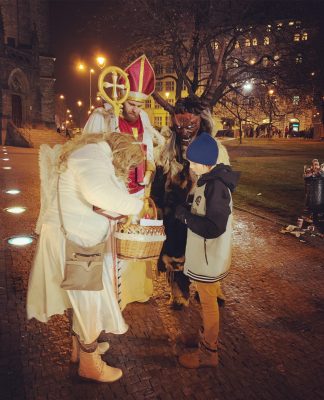 Apparently this kid behaved well and earned his treats. Náměstí míru in Prague. Photo by Filip Noubel, used with permission. 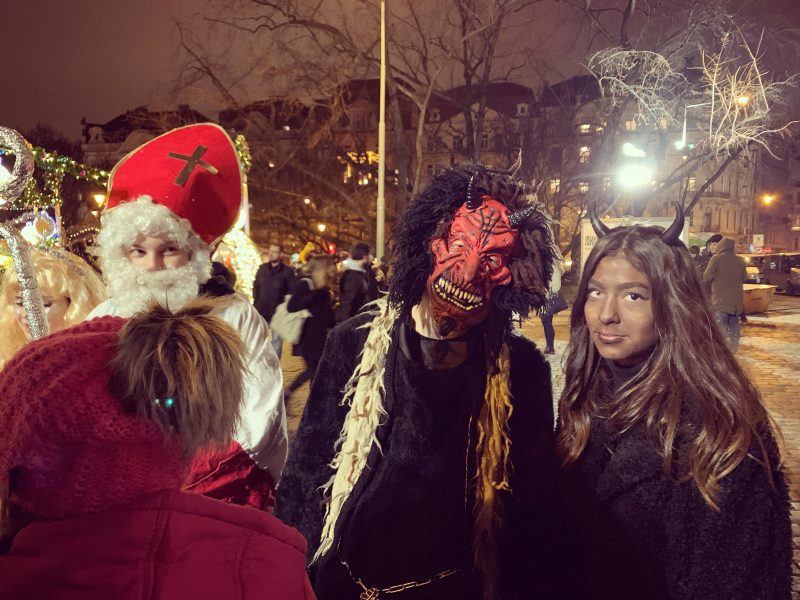 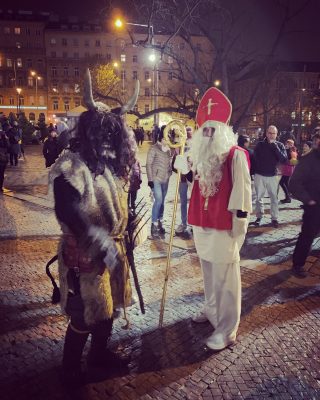