Why the often deadly Nepalese custom of ‘Chhaupadi’ needs to end

"Despite laws that have criminalised Chhaupadi, the tradition still stands" 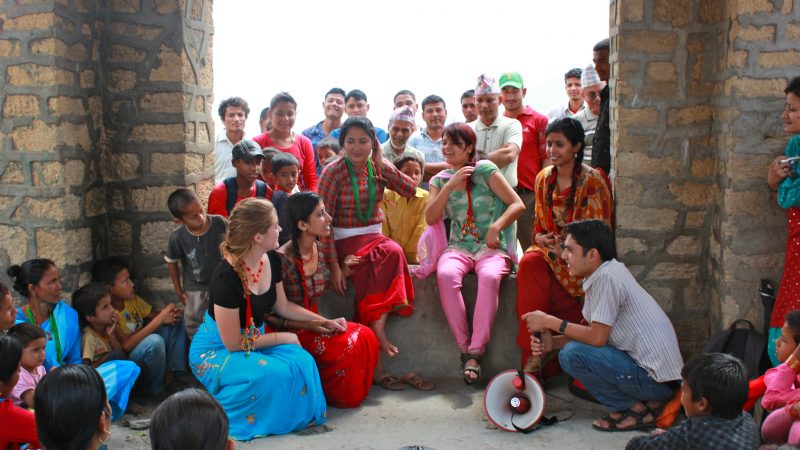 While each year many countries, including Nepal, join the international campaign 16 Days of Activism Against Gender-Based violence, some remote villages in Nepal’s mid and far-western regions continue to lose young girls and women due to a centuries-old tradition called chhaupadi (pronounced Chow-pa-dee).

On 1 December 2019, Parwati Budha, 21, was found dead in a small non-ventilated menstrual hut in Achham district in the far west of Nepal after being banished from home during her monthly cycle. Police suspected that her death was due to suffocation caused by excessive smoke from attempts to heat her shelter during the cold night. More than 15 girls have lost their lives in the past decade due to this malpractice.

Despite laws that have criminalised Chhaupadi, the tradition still stands, emboldened by a society that is deeply entrenched in patriarchal notions. Any defiance on the woman’s part is immediately met with social ostracisation. https://t.co/IsHQoOmXB2

Chhaupadi is a form of menstrual taboo which prohibits practicing Hindu women and girls from normal family activities while menstruating. During their period, women are considered “impure” and are forced to live alone in huts or mud cowsheds. They are not allowed to enter their houses, meet their family — especially male family members — and are not given access to temples. They are barred from consuming milk, yogurt, butter, meat, and other nutritious foods, and cannot use warm blankets during wintertime and are allowed only a small rug.

During menstruation women that observe chhaupadi live in poorly constructed, unhygienic and non-ventilated huts, these women face life-threatening health risks such as diarrhea, pneumonia, and respiratory diseases. They also face the danger of attack by wild animals, or even abuse and rape.

Discrimination during menstruation is illegal and inhuman. 44% of women in Nepal’s remote mid & far west face this every month.

We're using the next #16DaysOfActivism to use data to talk about gender-based violence concerns in #Nepal.#orangetheworld #GenerationEquality #UKaid pic.twitter.com/Ookq47Jbiw

This practice has long been criticized as it violates the basic human rights of women because of the physical and mental trauma it inflicts on them.

Read This: Chhaupadi, the Dwindling Nepalese Tradition That Turns Women Into Outcasts During Their Periods

The Nepalese Supreme Court banned chhaupadi custom in 2005, but it's still practiced and women continue to die each year, sadly many cases go unreported. In August 2017, the country was forced to announce a new law after a spate of highly publicized deaths of women practising chhaupadi. As per the law, anyone forcing a woman to follow the custom is liable to a three-month jail sentence or Rs 3,000 ($30) fine or both, however, it has never been implemented. Despite criminalisation, the practice still exists today due to illiteracy, superstitious beliefs and community endorsement.

Reports indicate that many people’s representatives, human rights activists and teachers participate in the criminalised practice in various parts of Achham, Bajura and Bajhang districts in Nepal.

Such a sad sad reality of the society that we live in where women have to lose their life just because they menstruate, they are discriminated just because of their normal biological cycle ?#16daysofactivism #Menstruation #Chhaupadi #GBV

Tradition is stronger than the law

This time, Parwati's case didn't receive much attention from the concerned bodies and the media. Several awareness programs and campaigns have taken place in the past but not enough efforts have been made to bring this issue to an end. The United Nations Women funded project implemented by an INGO “Restless Development” titled “Abolition of Chhaupadi in the Far- and Mid-Western Regions of Nepal” claims that the project reached more than 45,000 women and it reduced the proportion of women and girls sleeping in a Chhaupadi hut (from 19.4 percent to 5.5 percent). However, girls like Parwati continue to die each year.

The work to eradicate the chhaupadi system requires the will to act in a wide range of policy areas. Also, the law and other legislation need to embrace a zero-tolerance policy for effective implementation. It also requires the involvement and collaboration of a broad variety of actors from the public and private sectors, human rights organizations through public education, awareness-raising campaigns and victim support.

Rewati Raman Bhandari, a former lawmaker and a draftee of the bill which criminalises chhaupadi, stated that the tradition seems to be stronger than the law as “the push to eradicate the practice — from villagers, the police and local politicians — was still far too muted.”

We must act to end practice of #chhaupadi in #Nep