Tears with truth: The Gambia’s Truth, Reconciliation and Reparations Commission

Wounds are continually reopened — with the hope of healing 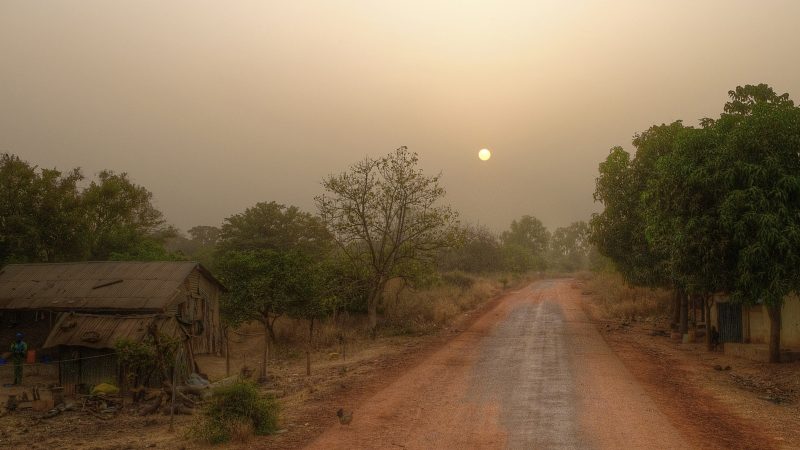 Editor's note: This article by Reyhana Masters is republished through a partnership between Global Voices and IFEX and originally appeared here.

After years of brutal repression, the 2016 elections allowed The Gambia to push the reset button.

Reyhana Masters spoke with Saikou Jammeh of the Gambian Press Union about the country’s Truth, Reconciliation and Reparations Commission (TRRC), which has riveted the nation since the hearings started.

“You go to any place in public, you find people watching or listening. You go to any government office and you will not get served, because people are watching. Even the people who feel there is no point in having this TRRC, you find they will be the first ones watching it on television,” says Saikou Jammeh.

From the first broadcast of the TRCC on January 7, 2019, the hearings have become “a national obsession.” The hearings have been accessed by Gambians through a diverse array of formats – radio, television, live online streaming and print publications. The public is even able to search the archives of the TRRC website to retrieve recorded interviews.

The tales range from the brutal to the bizarre — from assaults, torture, murder and sexual abuse, to tales of hunting down witches and wizards.

Read more: The Gambia confronts the nightmare of witch hunts under former regime

For each story, there are tears shed.

From victims relating the brutality of the torture faced, to witnesses who take the podium to tell the story of their loved ones.

“I interviewed some of the people that appeared before the commission. I visited them in their houses and some of them cried when I talked to them, and in some instances, I came out of their homes crying,” relates Saikou. Even the perpetrators, remorseful about their part in the brutality of their actions, shed tears.

Pivotal to seeking justice for the intimidation, assaults, torture, forced disappearances and extrajudicial killings, the TRRC also revealed the sexual assault of women in a culture where rape and abuse are only whispers.

Former beauty queen Fatou Jallow, of #IamToufah fame, had the nation absorbed with the account of her rape by former president Yahya Jammeh. Her resolve in traveling back to The Gambia, from the country where she lives in exile, to tell her story at the TRRC, kickstarted the Gambian #MeToo movement.

Gambians were equally riveted by the confession of infamous Jungler, Malick Jatta, to the murder of prominent journalist Deyda Hydara.

“For years we tormented the government with questions — who killed Deyda Hydara? where is Ebrima Manneh? For us [the Gambia Press Union], it was our justification for advocating for a TRRC process. It got to the point that Manneh and Hydara were etched into the psyche of every Gambian who cared,” explains Saikou.

His voice breaks slightly as he recounts his reaction to hearing Jatta’s confession: “To be honest, I really didn’t know how I felt at that moment. On the one hand, I was angry. I was also shocked. How can one of my countrymen go that low? On the other hand, I felt a bit of relief. Finally, here is the answer to the question we have been asking for so long.”

Weeks after Jatta’s testimony, Saikou met him again. “Weeks had already passed, and the anger I had stocked up in my heart had dissipated. When I looked into his eyes, I thought I was going to see a lion. I saw someone who actually had some fear.”

“It didn’t stop me from talking about Deyda Hydara. He became a bit upset and said something like he wouldn’t want to be reminded about it all the time, and that it hurts him when he thinks about what he did. I told him that it’s important to me and that I understand if you don’t want to talk about it, and I am going to respect that, but I cannot stop myself from asking because it is important to me as a journalist.”

The concept of a truth commission was envisaged even before President Adama Barrow came into power.

The idea was mooted in 2014 when different political parties were debating the idea of forming a coalition to ensure the defeat of Jammeh at the polls. When they eventually coalesced as the Gambia Coalition in 2016, their election manifesto contained specific clauses on the establishment of a truth commission which reads, in part:

The Coalition Government shall set up a truth and reconciliation commission to enhance the healing of wounds that have caused pain and trauma through a cycle of confession, repentance, forgiveness and reconciliation. The commission will be empowered to recommend remedies for injustice including payment of compensation by the state, as it deems fit.

The united approach, along with promises of institutional reforms and the desire to remedy the tortured past of the country, seems to have played a strong part in Barrow’s surprise victory over dictator Jammeh in the 2016 elections.

Jammeh initially conceded defeat — but then refused to step down. A crisis was averted thanks to pressure and a last-minute agreement brokered by the Economic Community of West African States (ECOWAS) that guaranteed “the dignity, respect, security and rights of former President Jammeh.”

This was bolstered by President Barrow’s assurance that, although he intended to set up a South Africa-style truth commission,  he ruled out a political witch hunt, and promised that his predecessor “would be able to live in the Gambia like any ordinary citizen.”

President Barrow’s triumph at the polls set the stage for “righting the wrongs” of the past. For Gambians, this interim leadership provided the reset button for transitional justice, following years of brutal repression.

On July 20, 2017, six months into Barrow’s presidency, the Gambia’s newly appointed Attorney General Abubacarr Tambadou announced that a draft bill to constitute the TRRC was being reviewed by international experts.

In August, a nationwide consultation process steered by Tambadou was initiated. During the two-month process, the government-led delegation reached out to all Gambians, including constituencies often sidelined, such as women, youth, religious minorities, and Gambians in the diaspora.

Bringing youth into the conversation has led to their sustained engagement with the transitional justice process — after the national dialogue.

The vice president of the Gambia Press Union (GPU) at the time, Namory Trawally, was part of it.

As Saikou recalls: “The GPU advocated seriously for the establishment of the TRRC. Newspapers had been burnt down, people had been hurt. We wanted to know who did it. We couldn’t get answers, the state wouldn’t even investigate it. For us, the TRRC was a very important platform for us to finally get answers to some of the questions.”

Bringing youth into the conversation has led to their sustained engagement with the transitional justice process, after the national dialogue. Their too-often unheard voice is coming out in part through the artist collective, Our Nation Our Voice, a movement of young Gambian artists, activists, and transitional justice advocates whose aim is to bring the voices of young Gambians into the process.

The national consultation also accommodated the naysayers. “There were some voices who felt that there was no need for a commission of inquiry into human rights violations. What was needed as a country was to reconcile and forget about the past and move on. But of course, those kinds of voices, didn’t win,” said Saikou.

The inclusion of reparations in the title was a deliberate decision. The emphasis was to ensure the provision of compensation. Adding to the harm and trauma suffered by Gambians was the loss of the sole breadwinner through arrests, detentions, extra-judicial killings and enforced disappearances. These left families desolate and had a devastating ripple effect.

Fathers were killed, mothers were not working, and children had to drop out of school. So, you lost your source of income and you lost assets. When addressing those kinds of issues, it is not enough that someone has come out with the truth about what he has done to you. It may still not be enough for someone to go to prison for three to five years. It is very important that children who had to drop out of school be given an opportunity to return.

The exclusion of the word “justice” was equally calculated. There is no doubt that the word would have kept perpetrators at bay.

The integrity of the TRRC has been hard to fault in terms of diversity in composition. Of the 11 commissioners, four are women. They represent the legal, religious, and civil society sectors. The chairman, Lamin Sise, was a senior adviser to Kofi Annan when the latter was the United Nations Secretary-General.

The families have, however, criticized what they consider a lack of justice. They were particularly irked by the release of the four Junglers who confessed to numerous atrocities. The stock answer by Minister Tambadou was that prosecutions would have to wait the scheduled two years until the truth commission had completed its work. As he said in a press conference, “We cannot, therefore, preempt the work of the TRRC by taking action against anyone at this stage,” adding that he understood this would be a “bitter pill to swallow” for victims and their families.

Through the hearings, the country’s wounds are continually reopened, with the hope of eventual healing. For many, that healing requires justice in the form of Jammeh and his cohort being held accountable for the atrocities they committed.

Fatoumatta Sandeng, the spokesperson for the “Jammeh2Justice” campaign, strongly believes in the process: “By bringing Jammeh to justice, we also serve notice to tyrants across the continent that we the people are determined to fight impunity.”

President Barrow says he will take action, based on the commission’s recommendations, on completion of the TRRC process. This, of course, depends on whether his political career outlives the initial tenure of the TRRC, which is two years. It can be extended by the president.

However, even though the coalition he leads may be crumbling, his popularity may be waning and he may be facing an uncertain political future, President Barrow will be etched in his country’s political landscape as the man who paved the way for truth, reconciliation, and reparations in The Gambia, after the reign of a tyrant.

Editor's note: This post has been lightly edited for style and format.