‘They call for my slaughter': Somali atheists living in fear

An estimated 1.2 million Somali atheists are active on social media 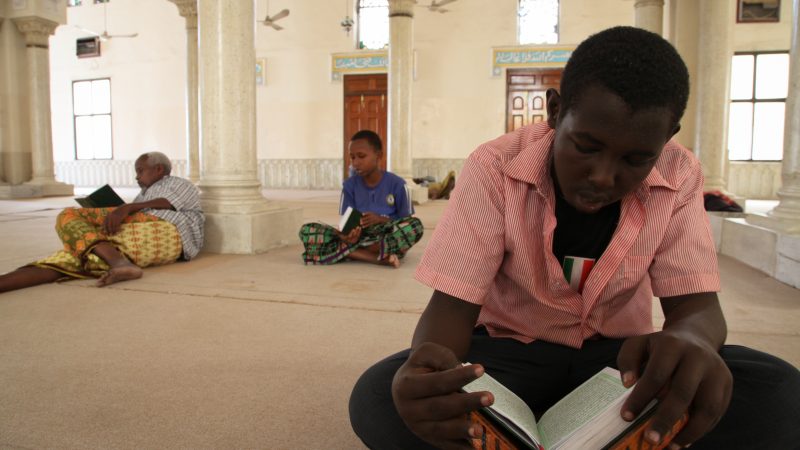 A boy reads from his Quran at a mosque in Mogadishu, Somalia, during the holy month of Ramadan on July 11, 2013. African Union/United Nations photo by Ilyas A. Abukar, public domain via Flickr.

Hassan dreads each sunset. When the skies darken in Nairobi, Kenya, the threats begin.

He is too scared to leave his home but his taunters, mostly his neighbors, find him: They pummel the walls and metal door of his room in a concrete five-story building. Hassan, a 25-year old Somali refugee, has only lived in Nairobi a few months, but his neighbors — who are all Somali Muslims —  have found out he has renounced Islam. To some of the most devout Muslims, being an atheist is punishable by death.

“My life has been a living hell. They are spreading that I have left the faith,” Hassan, who is using a pseudonym for fear of reprisals, told Global Voices. “I’ve reported it to the police, but nobody got arrested.”

As religious fundamentalism intensifies in Somali communities, in the country and abroad, some Somali atheists face harassment and threats on and offline. The Somali atheist community spans the globe with many still “in the closet,” hiding their beliefs from their families, friends and neighbors for fear of repercussions. Many seek solace through online communities, such as Facebook groups, Reddit threads, and YouTube channels, using pseudonyms.

Hassan’s troubles began in Dadaab, the sprawling Kenyan refugee camp where he grew up. His childhood experiences of living in poverty and as a refugee made him question the existence of God when he was a teenager, he says. When a cousin discovered he had left his faith, some of his family became hostile.

Word of his atheism soon spread throughout his community at Dadaab. Soon after, he was attacked while fetching water from a communal tap. His attackers hit him on the back of the head with a stone and knocked him out. His arm also broke.

To verify Hassan’s story, Global Voices has seen a copy of his refugee identity card, and the medical and police reports of his attack, as well as a photograph of his injuries.

“Religious fundamentalism is just getting worse in the camps. The situation is very bad,” says Hassan. “The community doesn’t seem to care about what is going on, as they are mostly Muslims. And they enjoy outing people.”

Hassan managed to escape Dadaab by gaining a scholarship to study for a bachelor’s degree at a university in Nairobi. Unfortunately, the harassment and death threats followed him to the city. In the closely-knit communities of Somali diaspora, locals soon found out about his atheism. 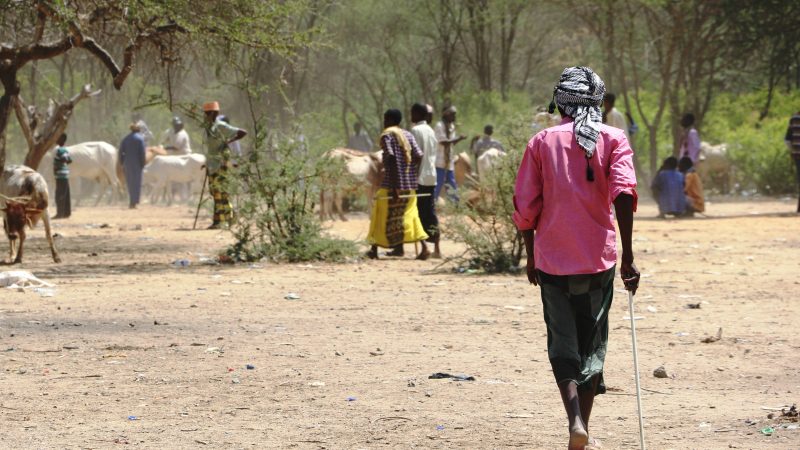 Dadaab is the world's largest refugee complex. Somali refugees arrived here as early as 1991. Those who denounce their faith face targeted harassment. Photo by the European Union, January 22, 2016, via Flickr CC BY 2.0.

There are an estimated 1.2 million Somali atheists active on social media, says Halima Salat, the founder of Ex-Muslim Somali Voices, an online platform with a Youtube and Facebook presence.

“However, there are trolls that infiltrate the internet safe spaces to try to ‘out’ atheists [who] typically use an alias. Fundamentalist Somali Muslims are policing the community online,” Salat, who is based in Western Europe, says. “Somalis, wherever they are [in] the world, are always looking over their shoulders.”

Hassan has experienced this. His details, including his phone number, have been posted on Facebook pages, along with calls for his slaughter.

Younger Somali Muslims living outside of East Africa also fear their families will subject them to dhaqan cells— a term in Somali language meaning “return to culture”— if they are found out. Typically, they are sent to Somalia by their parents under the guise of visiting relatives for a vacation. Only once they’ve arrived they find they are unable to leave, some are sent to institutions meant to “rehabilitate” them into more traditional ways of life, Salat says.

“Some get yanked out of Western culture and forced into Somali life [in Somalia]. Dhaqan cells can mean gay conversion therapy, female genital mutilation, forced marriage, or strict Islamic teachings,” Salat says. “Often they are physically abused, have their phones and other means of communications taken away.”

Salat says the experiences of Somalis leaving Islam are especially brutal. Older generations object to seeing younger Somalis who are more liberal. Somalia has a large diaspora, with many suffering the trauma of fleeing conflict. Islam is intertwined with Somali national identity, and elders strive to protect this identity, she adds:

Their message is: ‘Don’t be Westernized.’ Many of the younger generations have decided they want to lead a less devout life, such as young women not wanting to cover up. Their communities look upon this as betrayal.

Before the civil war broke out in the early 90s, Somalia was largely secular under President Siad Barre, says Salat. Because of this, a popular belief among Somalis is that a lack of God caused the war. Older generations tried to be closer to God and it’s difficult to move away from what you’ve been taught, says Nuriya Benson, a Sydney-based Somali-Australian model and presenter of the “Waaq Nation” podcast, who lives publicly as an atheist.

Somalis who became refugees due to ongoing civil war are also vulnerable to the more extreme versions of Islam propagated by some charities associated with radical Wahhabi and Salafi teachings. 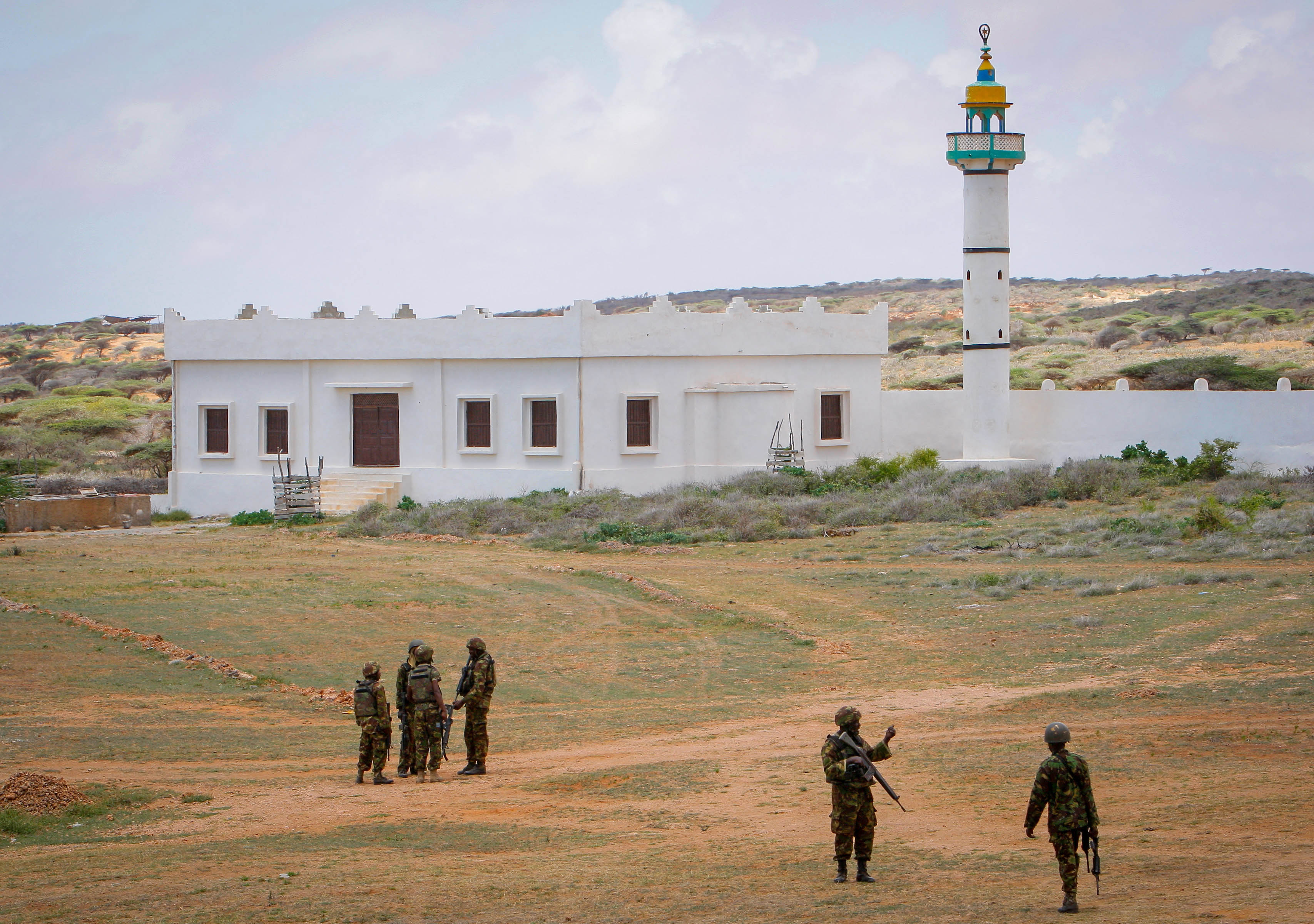 Soldiers stand in front of a mosque on the grounds of Kismayo University in the southern Somali port city of Kismayo on October 7, 2012. As the civil war intensified in Somalia, religious fundamentalism has also increased, according to some Somali atheists living in the diaspora. Photo by Stuart Price via African Union / United Nations, public domain via Flickr CC BY-ND 2.0.

In Europe, North America and Australasia, females bear much of the brunt of the threats and intimidation for being nonbelievers.

“Women get slut-shamed. I get rape threats [online]. I am seen as a property of Islam. There are threats from Somalis all over the world. Through modesty culture, rape culture ensues, I was taught I am responsible for my own rape by not wearing a hijab,” she says.

In Benson’s experience, people from non-Muslim backgrounds, including White-centric feminists, have also contributed to shutting down the conversation about the issues ex-Muslim women face, leaving them to feel excluded from women’s rights movements.

“I don’t understand why Westerners have no sympathy for us,” she says. “Western women would not stand for being told what to wear, to cover up. What is allowed for one group wouldn’t be allowed for another,” she says.

A famous example of this is the case of Dorsa Derakhshani, an Iranian chess grandmaster, who was kicked off her team for refusing to wear a hijab at a tournament two years ago. Western feminists were largely silent over her treatment.

“It is very difficult for victims of harassment to talk about this to outsiders. There is also a ‘never snitch’ culture among Somalis. Most of the kids don’t want to carry the burden,” says Salat.

“Whenever you take the initiative to publicly say it, there is a backlash.”