On Twitter, this Brazilian writer illuminates stories from black history 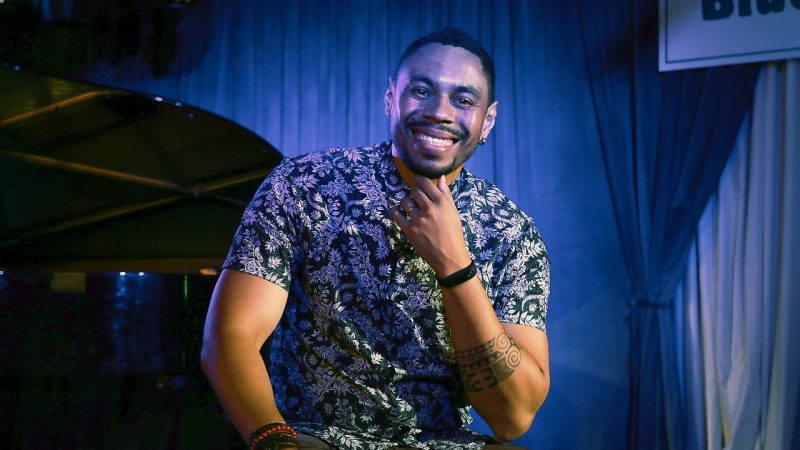 There is a tree that grows in Africa, the Middle-East, and Australia called baobab (adansonia). Some African peoples used to believe that if you walked around it, you would forget something about your life. Before forcing captured people into their ships, slavers would force them to walk in circles around the tree of oblivion so that they'd leave their culture and lives behind.

Brazilian writer Ale Santos tells that anecdote in the preface of his book Rastros da Resistência (“trails of resistance,” in Portuguese), a collection of 20 stories about real-life black heroes, published in October in Brazil.

Despite European efforts to erase the identities and roots of the people enslaved, Santos says in the book, an oral tradition kept the history of Africa and its diaspora alive; stories such as that of the baobab are now crucial to reimagine cultural realms once considered lost. He writes:

In Western Africa, there were the griots (or djéli, in French), guardians of the oral tradition. They had a prominent position and sometimes also performed other jobs, such as messengers, heralds, war councillors, artisans. But, most importantly, they were the living record of the main events of their people.

The book was the result of a year and a half of research and models Santos’ Twitter account, @savagefiction, which is well-known in Brazil for its threads on Africa and its diaspora's history.

Santos first began to narrate those historical events on WhatsApp, in small groups with his friends. In June 2018, he decided to move the storytelling to Twitter. A thread about the genocide of 8-10 million people in present-day Democratic Republic of the Congo between the late 19th and the early 20th century, perpetrated by Leopold II of Belgium, was Santos’ first thread to go viral:

There is so much historical injustice against the African people, to consider the Jewish Holocaust as the greatest crime against humanity is a mistake. Leopold II was a far bloodthirstier monster. This is a sad thread, but necessary, to those who still don't know the Congo's holocaust.

Santos then realized that stories were a powerful weapon of knowledge. After the King Leopold's thread, he wrote about human zoos, where natives from regions colonized by Europe were displayed like animals:

Europeans must be enthusiastic about the lack of historical memory in colonized countries. It's easy to forget the cruel and devastating past when no one talks about it. This thread is for those who don't know about the inhumane racist zoos that existed around the world.

Santos mainly focuses on little-known Brazilian historical figures, such as Dragão do Mar (“dragon of the sea”), a leader of raft workers who stopped the slave trade in the northeastern state of Ceará, and Tereza de Benguela, queen of a quilombo (settlements from the colonial times, whose inhabitants were, mostly, people who had escaped slavery); one time, he wrote about the politics of population whitening in early 20th century Brazil, or events such as the mass killing of 111 inmates in a São Paulo prison in 1992.

Many people don't know, but Brazil has stories of abolitionists that would make any black person shiver and light a proud ancestral flame for our struggle. I'll tell one of them on this thread, about a fearless warrior known as a mythological beast: Dragão do Mar (dragon of the sea)

In 2003, a law made African-Brazilian History and Culture a mandatory subject on the national curriculum. Sixteen years on, it’s not yet implemented on all schools, usually depending on isolated individual initiatives.

Brazil was the last country in the Western hemisphere to abolish slavery, in 1888, and the highest receiver of enslaved African people: the Slave Voyages database says that 5,099,816 people were disembarked as slaves in the country from the 1500s until 1875.

As Santos told Global Voices via WhatsApp, there is an unfortunate tradition of recounting history from the perspective of the colonizers. Eurocentrism left deep scars in every country that went through colonization, which stole their diversity and culture were stolen, he says.

To tell the stories that exist marginally to historiography is to give those people a new dignity, reestablish their importance, in a democratic movement, an environment where everyone feels appreciated.

Really, that impacts the individual. It impacts the way society sees that individual, free of stereotypes, acknowledging their ancestry, their cultural value within the society, in any democracy.

Santos also received praise from Brazilian rapper Emicida. Writing for on the book's dust jacket, the rapper compares the erasure of black identity and tradition by the slavery system with walking around with only your shadow to look at, without any reflection in the mirror.

Structural racism takes aim at non-white bodies, the culture targets our imaginary. It is there where it tries to knock you out before you can even step into the ring. In a joint effort, they both try to ensure that René Descartes’ sentence — “I think, therefore I am” — doesn't make any sense to you. Human beings invented who they are thanks to the ability of shaping the imaginary of our equals through stories.