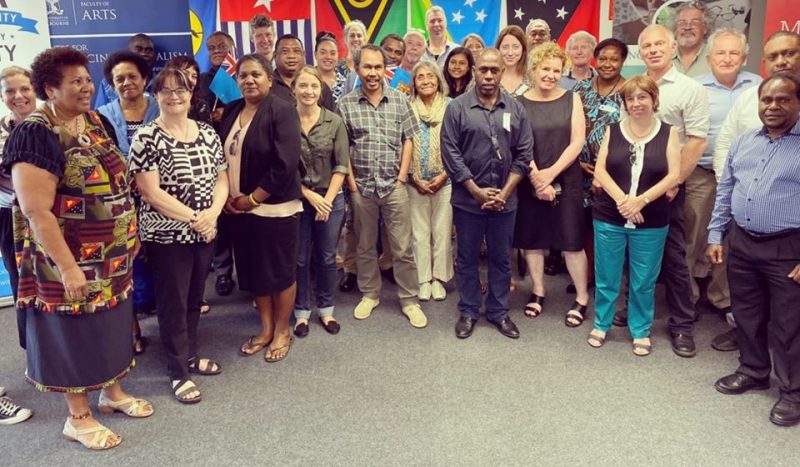 Journalists from Fiji, Vanuatu, Solomon Islands, Papua New Guinea and West Papua gathered in Brisbane, Australia for the inaugural launch of the Melanesian Media Freedom Forum which was organized in response to ‘increasing media repression’ in the region.

The outcome statement of the event highlighted the main threats against media freedom in Melanesia:

The range of threats to media freedom is increasing. These include restrictive legislation, intimidation, political threats, legal threats and prosecutions, assaults and police and military brutality, illegal detention, online abuse, racism between ethnic groups and the ever-present threats facing particularly younger and female reporters who may face violence both on the job and within their own homes.

Participants asked Melanesian governments to ‘respect the media and its necessary place in national conversations’ and ‘assure the safety of journalists as they pursue their professional activities.’ 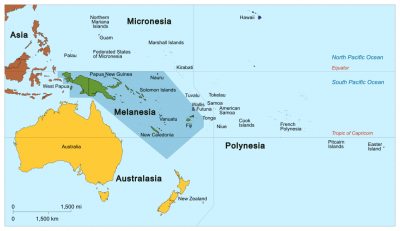 Various issues were tackled during the forum such as surveillance, workplace conditions, climate change, and the impact of social media. Philip Cass, acting-editor of the Pacific Media Centre’s Pacific Journalism Review, also documented a session about some of the challenges faced by women journalists:

These included demands that they show “respect” for men they are interviewing, a background of violence against women in many places and traditional notions of gender roles.

An unexpected moment in the forum was the unfurling of West Papua’s independence flag. West Papua is a province of Indonesia where foreign journalists are barred from entering. Tension has intensified in recent years as some ethnic groups continue to assert their right to self-determination.

A powerful moment at the end of Prof. David Robie's Pre-Conference Keynote Address tonight. Thank you to those who attended. #WestPapua #MediaFreedom #MMFF pic.twitter.com/hmg8SdLQF7

The Melanesian Media Freedom Forum also issued specific demands addressed to national governments. For Papua New Guinea, the government was urged to ‘respect the independence of media institutions and journalists’ and ‘strengthen anti-corruption and whistle-blower protection legislation to include journalists and media practitioners.’ For Fiji, the government was asked to repeal the media decree which has ‘draconian penalties and the vagueness of offenses it establishes are having a stifling effect on free media.’ For Vanuatu, the government was shown an appeal of the participants to reverse the work permit rejection given to Daily Post media director Dan McGarry.

MacGarry said his visa was denied because of his criticism against China’s growing influence in Vanuatu. His situation got worse because he was barred from entering Vanuatu after attending the Melanesian Media Freedom Forum.

Yesterday I was barred from returning to my family by Vanuatu Immigration. I was denied permission to board.

My family is being ripped apart by a govt that doesn't want its people to know about rising Chinese influence. Statement coming soon. pic.twitter.com/AJMJNqTZRc

Scott Waide, a journalist from Papua New Guinea, wrote an appeal on behalf of other participants:

As a member of the Melanesian Media Freedom Forum, I am joining my colleagues in calling on the Vanuatu government to allow Dan McGarry the dignity and respect he deserves.

It is important that media freedom in Melanesian is protected by our ELECTED governments. Any attack on members of the media is an attack on the freedom of expression of the people.

Melanesian governments cannot pay lip service to international conventions and commitments to democratic freedoms and in the same breath issue orders to clamp down on journalists right to expression.

The outcome statement of the Melanesian Media Freedom Forum concluded with a commitment to ‘establish a network to assist participants to respond promptly and effectively to threats to journalist safety or to media freedom.’