Inside Kashmir's internet blockade: Video report with Kashmiri students affected by the crisis

"How can we pass without consulting the online practical exams?" 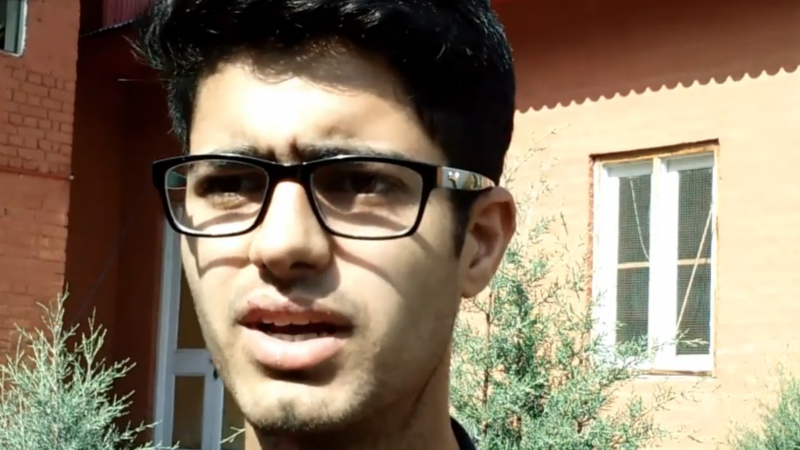 Screenshot from the Video report from Kashmir by Pir Azhar.

This post originally appeared on Video Volunteers, an award-winning international community media organisation based in India. An edited version is published below as part of a content-sharing agreement.

Access to mobile, landline and internet networks were suspended along with a complete lockdown in the Indian administered Kashmir region on August 5, 2019, after the government of India revoked Article 370 of the Indian constitution that provided special autonomy status to the region.

After more than two months, the government partially restored the communication blockade. Internet access has been restored in some institutions and new rules force companies to give up their privacy and refrain from the use of social networks if they want to use the Internet. However, regular citizens still have no access to Internet.

In a video report by Pir Azhar, Community Correspondent of Video Volunteers from Kupwara district in Kashmir, he shares that the Internet ban is taking a toll on the 48,000 Kashmiri students who are appearing at different public examinations. Many students were in the dark regarding their examination dates.

Because of the “Security Measures” taken after the abrogation of Special Status of Jammu and Kashmir allotted under Article 370 of Indian Constitution, schools were closed and students could not prepare fully for examinations. They worry about qualifying for the upcoming examination.

Here is a transcript of the video report:

Usama Farooq, student: Starting from 5 August 2019 until today, there is no Internet connectivity nor the schools have opened. Even if we had not to worry about the schools and manage to go to [private] tuition centres, these tuition centres were also closed. We were kept away from the Internet. We can manage without the schools [for some time] but how do we survive from the Section 144 [Prohibition on unlawful assembly – Section 144 of the Criminal Procedure Code (CrPC) of 1973]?

Interviewer (Pir Azhar): What do you think? Can you get a passing score on your tests?

Pir Umar, student: How can we pass? We’re not sure if what we study is 100% from the syllabus or not. How can we pass [the exam] by studying just 32%?

Usama Farooq, student: How do we pass [the exam] when we haven’t covered the whole syllabus but the tests cover 100% of the syllabus? We’re facing a lot of issues because of this.

Pir Umar, student: The Government of India abrogated Article 370 from the [Indian] Constitution for two or so months and they brought here 1,200 army personnel. We couldn’t go to schools after that. Parents were scared if their kids will come back home safely from schools.