The Gambia confronts the nightmare of witch hunts under former regime

The Truth and Reconciliation Commission will conduct a month-long session 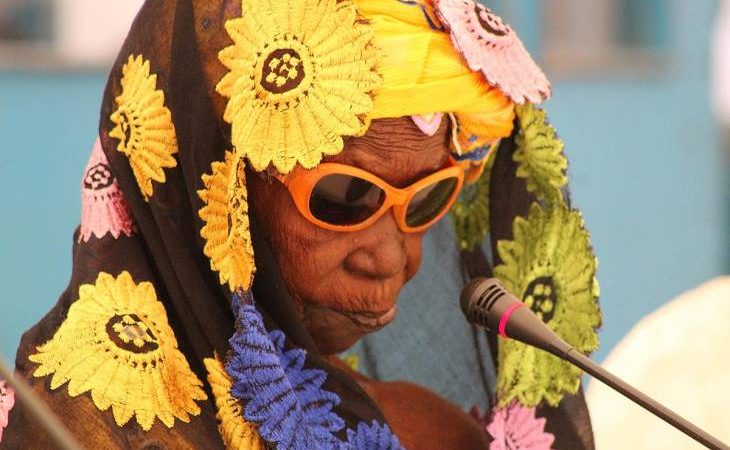 Masirending Bojang was over 80 years old when she was captured in her village of Jambur, southwest of Banjul, where more than ten years later, the Truth, Reconciliation and Reparations Commission has initiated its first hearings in the regions. Photo via justiceinfo.net reproduced under CC BY 2.0.

On Monday, November 11, The Gambia's Truth and Reconciliation Commission began a one-month session focusing on the prevalence of witch hunts, a tactic used under the Yahya Jammeh regime. In 2009, the Jammeh regime carried out raids in villages and institutions including the military, intelligence agency and prisons.

Many believe that the witch hunt tactic was used to intimidate Jammeh's opposition and create a culture of fear and terror.

While Jammeh's regime used the police force to repress and kill citizens, members of the force, too, suffered from these witch hunts. The blog kerr-fatou.com reports:

One of the institutions that suffered Jammeh’s witch hunting was the Gambia Police Force. Before the Truth Commission on Monday, two police officers, Ken Mendy and Abdou Colley, detailed how the so-called witch doctors raided the police headquarters and accused at least six officers of being witches.

Mustapha Ceesay, a former Gambia Police Force (GPF) staff and an alleged victim of Gambia’s former President Yahya Jammeh’s 2009 witch-hunting exercise, made his deposition from the United States by Skype before the TRRC, according to the blog kerr-fatou.com:

The hunting began. According to Ceesay, on January 13 and 14, 2009. In these two days, the witch doctors have conducted an exercise within the police headquarters, accusing people of being witches.

On January 14, 40 people were accused of being witches within the police. These people were asked to stay together in a group waiting to be trucked away to an unknown location to be ‘cured.’

Journalist Adama Makasuba wrote how these witch doctors, “forced senior police officers at the police headquarters in Banjul to pledge their allegiance to former president Yahya Jammeh by standing over a sacrificial pit of a cock under a palm tree,” with direct testimony by Ken Mendy, a policeman who testified with the TRCC on Monday, Nov. 12.

In a communiqué dated from March 2009, Amnesty International revealed that nearly 1,000 people “were kidnapped from their villages by ‘witch doctors,’ taken to secret detention centers and forced to drink hallucinogenic concoctions.”

Reports suggest that officials within Gambia including the police, army and the president’s personal protection guards are accompanying ‘witch doctors’ as they carry out their campaign…

At the secret detention centers, where some have been held for up to five days, they are forced to drink unknown substances that cause them to hallucinate and behave erratically. Many are then forced to confess to being a witch. In some cases, they are also severely beaten, almost to the point of death.

Seven years later, in 2016, gainako.com reported that the witch hunters went on sprees, going door-to-door in the village of Kamfenda, in the western Foni region, a former-Jammeh stronghold, in an attempt to arrest citizens for sorcery:

Citizens can recall a camp was opened in Jammeh’s home village of Kanilai [southern Gambia] in 2009, where thousands of abductees were kidnapped and forced to drink ‘kubehjara’ [a locally made, potentially poisonous herb drink] by witch doctors from Mali and Guinea [brought in by Jammeh]. They said witch doctors raped some women, stole their personal items like money and cell phones and even forced them into ritual dancing in open [outdoor] spaces. Many villages were victimized, the height of the madness in [the villages of] Jambur, Makumbayaa, Barra, Sintet, Bwiam, and many others. Lots of lives were lost, others to date are faced with serious stomach complications and many others fled the Gambia to neighboring Casamance [Senegal] to avoid these abductions. To be noted that a lot of those that resisted were arrested and tried in the case for Jambur, and even one-time presidential contestant, Halifa Sallah.

Award-winning photographer and writer from London, Jason Florio, wrote about these abductions for his initiative #Portraits4PositiveChange in January 2019:

Dodou Sanyang in the room of his recently deceased mother. She was one of over a thousand elderly people abducted on the order of the former president, Yahya Jammeh in 2009. Groups of Jammeh’s paramilitary troops along with his youth brigade, The Green Boys, and ‘magicians’ from Guinea went from village to village as part of a nationwide hunt for witches.

The alleged witches were held for up to five days in secret locations and made to drink ‘Kubehjaro’, a hallucinogenic substance, and then forced to confess to witchcraft. Some were also severely beaten and robbed by their captors. Some died at the detention sites, and others, like Sanyang’s mother, suffered years of illness before dying. Many in Sanyang’s village believe the elderly there were not targeted for witchcraft, but because the village had been an opposition stronghold –  Essau, Northbank Division, The Gambia. 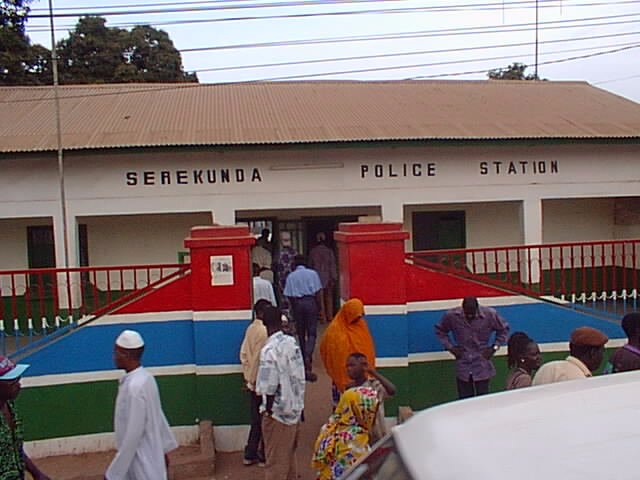 The Gambian Police Force was among several institutions and individuals targeted by witch hunts demanded by the Jammeh regime in 2009. Serekunda Police Station, The Gambia, 2015. Photo by WildRedHen via Flickr, CC BY 2.0.

LGBTQ: Another kind of ‘witch hunt’

Jammeh's witch hunt ended abruptly in 2009 when his government halted abruptly without explanation and released those arrested without giving any reason, according to a communiqué by Amnesty International, in April 2009.

But years later, the lesbian, gay, bisexual, transgender and queer communities were also targeted by Jammeh's regime. Graeme Reid, the director for the LGBTQ rights program at Human Rights Watch, revealed in December 2014:

Jammeh’s latest target is the LGBT community. In October, he signed a new criminal code that carries punishment of up to life in prison for ‘aggravated homosexuality’, which is defined in such a way as to include ‘serial offenders’ and people living with HIV who are deemed to be gay or lesbian. The new law has sparked a witch hunt against LGBT people in Gambia, with at least 14 documented arrests. Some of those rounded up have been tortured. Detainees said they were told that if they did not ‘confess,’ and also provide the names of other so-called offenders, a device would be forced into their anus or vagina to ‘test’ their sexual orientation. Those who [could] flee have sought refuge in neighboring Senegal.

The TRCC special sessions will be held in the villages where the witch hunts took place, outside Banjul Gambia’s capital city, starting with the village of Jambur in southwest Banjul. Hopefully, the TRRC will address all forms of targeted harassment and terror under the Jammeh regime.