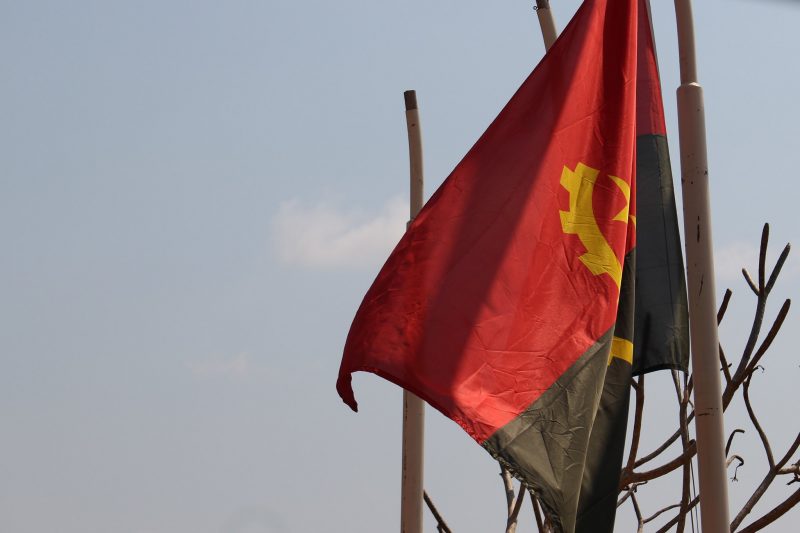 This story is the second in a two-part series on limited reforms introduced under João Lourenço (JLO) that affect media freedom and activism in Angola. You can read the first [1] part here.

When (JLO [2]) became Angola's president in 2017, he unexpectedly began wide, ongoing [3] reforms focused on anti-corruption, although with limits [1], distinguishing himself from his authoritarian predecessor of the same party Movimento Popular de Libertação de Angola (MPLA). While these changes seemed to have improved [4] the media space, online activists still risk tough reactions from authorities, particularly when connected to offline activism.

Folha 8 [7] is an outlet which, while Freedom House reported [8] is primarily a print publication, also has a lively website and social media [9]. Its articles [10] criticize [11] and satirize [12] authorities, for example an editorial called [13] Angola the “MPLA Republic”, an approach which continues [14] under JLO. The director [15] William Tonet [16] is a former MPLA militant, detained many times.

Club-K [17], founded in 2000 by Angolans abroad, is another [18] website with regular publications [19] and lively social media. Rede Angola [20] suspended publications in mid-2017 due to funding issues, according to its homepage.

Activist groups began using [21] online spaces to criticize and organize under the previous president’s more repressive regime. Central Angola 7311 [22] is an activist collective founded in 2011 by protesters, particularly present on social [23] media [24], providing space [25] for documenting [26] abuses [27] and discussion. Activist [28]-musician [29] Luaty Beirão [30], who is influential on social media [31], criticizing [32] corruption and authoritarianism, is a member of the collective.

Social media has been a mobilizing [33] tool for demonstrations. Rafael Marques recently said [34] that, under JLO, there is “more freedom and less bread”, evoking the continuing [35] economic [36] hardships of recent years, and there have been numerous [37] protests [38] in recent [39] months, particularly in October [40], against high unemployment [41] and poverty, recalling JLO’s election promises of job-creation.

The protests, part of an ongoing movement, have been amplified by Central Angola 7311, and others such as the civic association Laulenu [42]. Central Angola 7311 recorded [43] online the names of detained [44] protestors, and criticized violent police clampdowns, by sharing videos [45] and images [46], including during [47] protests as they happen. The collective also shares [24] information on organizing protests on various issues [48], such as women’s rights [49], collecting funds to support detainees, or sharing petitions [50] for example calling [50] for a hospital’s managers to be fired for poor management.

These tweets are from a protest on October 15, with people seemingly temporarily arrested by police citing public security [51]:

Police are beating the demonstrators intending to protest at the National Assembly where the president will give a speech.
There are many injured and detained.
The activist Laurinda Gouveia, who is pregnant, was heavily beaten.
Journalists were also intimidated

In October, activist Jeremias Benedito told [37] DW África that, while he felt freedom of expression improved after JLO came to power, the government was increasingly returning to “the same tactics as his predecessor”, with police repression [51] of protests, using [56] tear gas, dog-bites, and arrests, for example, protesters were injured [57] and detained in mid-October in Luanda. Activists have filed [58] formal complaints against police violence.

The president and others [59] said [33] the protests [39] were linked to corrupt attempts at destabilization, which online Luaty Beirão criticized [60] for being rhetoric “just like” that of the past. In September, JLO also warned [61] “the youth to refrain from using social media to misinform and distort” facts to create “social disorder.”

The arrest [62] this year of activist “Samussuku”, and his aunt briefly, indicates the authorities’ readiness to act even against content only online. Human Rights Watch reported [63] that on 10 May “plainclothes police officers violently forced Hitler “Samussuku” Tshikonde into an unidentified car” jailing him “unlawfully for 72 hours without charge or access to a lawyer”. He was investigated for “insulting the president” in a YouTube video [64] shared on social media on 8 May ” where he said “activists were ready to “oppose [the president] the same way they opposed Dos Santos if he continued to target peaceful activists”. Analyst Sawyer said Angola’s police “should stop treating peaceful activists as a threat to state security,”.

A Radio Angola article [62] wrote that while some may call such arbitrary arrests “isolated cases” under this government, the previous president said the same. Indeed, Samussuku’s video was reacting to the arrests of fellow [65] activists at protests against forced evictions.

He was released [66] on 13 May after [67] a court hearing, on condition [68] he reports to police regularly. On 26 September he was summoned [69] by the Criminal Investigation Service for a hearing — which originally arrested him — and asked if he would apologize to the president, which he declined [70].

Samussuku is a long-time government critic, calling [62] it a “rotten structure [71]”, and supports [72] UNITA opposition party, who has been detained [73] before and injured [74] at protests. He is active on Facebook [75]. and remarked [76] that the government got more money from fining activists than repatriating ill-gotten wealth, referring to its anti-corruption drive. He is also involved [68] in running Handeka [77], a civic rights organization which created “Jiku [78]”, an online project for citizen-monitoring of the 2017 elections.

Digital activist spaces have become energetic in recent years, although with accessibility limited. Internet access in Angola was measured by Internet World Stats as 22.3 per cent of the population in 2019 [79], although less by other sources [80], and for 2018-2019 DataReportal recorded [80]: 66 per cent urban population; 45 per cent mobile subscriptions; and 11 per cent active social media users, mostly on mobile connections, and social media use grew per cent. Facebook [81] use dominates [82] compared [83] to other platforms.

The Communications Minister, Celso Malavoloneke, said [84] in November 2019 that Angola has the lowest access [85] to TV and radio in the Southern African Development Community, particularly in rural areas, reflecting urban/ rural disparities [19] in infrastructure and media access. Although low internet access [86] has hindered [87] its impact, online spaces have become lively [88], both journalistic and activist.

Social media use noticeably increased, though, which could make it increasingly effective for organizing and galvanizing certain audiences, but maybe less so for reaching new audiences or in areas with lower access, for example regarding serious drought [89] and land-grabs [90] in the rural south.

Information online also travels offline, and so low internet access does not necessarily mean people without regular internet connections will not hear about information or protests organized online, thus multiplying the effect. For comparison, though, in Tunisia in 2011, when the Arab Spring protests famously made use [91] of online platforms, Freedom House reported internet penetration of 39 per cent [92], notably higher than Angola’s currently, and in a smaller country. Other networks, though, such as unions and foreign mainstream media, were important, showing that online and offline activism complement each other, and how that happens depends on the context.

Despite improvements to media space under JLO’s government, some activists have said that it has increasingly resorted [93] to tactics of his predecessor against protestors and critics. The government still has restrictive legal [83] tools, such as vague defamation laws, and Samussuku’s arrest for online content shows that authorities’ inclination to react to challenges on sensitive issues, such as “too much” criticism, also applies to online spaces.