Insights into Kashmir's crisis from a Kashmiri born in Nepal

"The Kashmiris have lost their identity and rights" 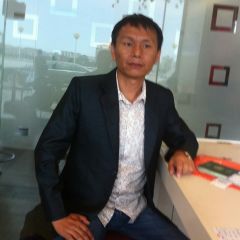 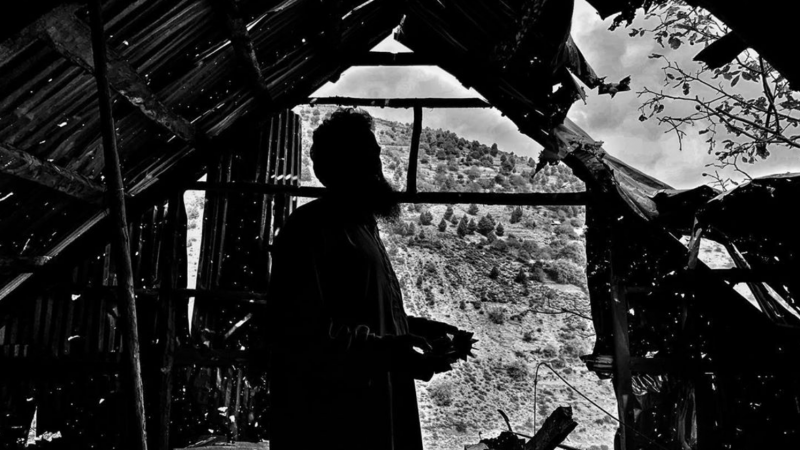 A Kashmiri man holds pieces of 120mm mortar rounds. He stands on the rooftop of his house which was destroyed by a mortar shell. Armies from both India and Pakistan have been exchanging fire on the Line of Control in Jammu and Kashmir following the abrogation of Article 370 by the Indian authorities. Image via Instagram by Ieshan Wani. Used with permission.

On 5 August 2019, the Indian government issued a constitutional order repealing Article 370 – a move which revoked the special status given to the state of Jammu and Kashmir.

India's neighbor, Nepal, is one of the many countries that doesn't support third-party intervention and, as reported by ANI, Nepal’s Foreign Minister Pradeep Gyawali said it was an internal matter for the Indian state.

While there have been demonstrations in Nepal’s capital city Kathmandu to resolve the Kashmir issue through dialogue, some Nepali-speaking Gorkhas living in Jammu celebrated the Indian Government’s decision.

Aquib is a graduate of Kashmir University living in Nepal's capital, Kathmandu. He was born in Nepal to a Nepali mother and owns a jewellery shop in Kathmandu. He spoke with GV to get his opinion about India's decision to revoke Article 370.

Global Voices (GV): How long have you been living in Nepal?

Aquib (A): I was born in Nepal. My father came to Nepal to start a business in the 1980s. My father is a Kashmiri and my mother a Nepali. Apart from spending some years in Kashmir during my studies, I’ve been living mostly in Nepal.

GV: What is your emotional connection with Kashmir?

I visit Kashmir 3-4 times every year. Last I went there on 8 August 2019. Before I got there, the Government of India had decided to revoke the special status of the State of Jammu and Kashmir.

Global Voices (GV): In your opinion, why is Jammu & Kashmir contested?

GV: What significance did Article 370 have for Kashmiris?

A: Article 370 of the Indian constitution holds a special significance for Jammu and Kashmir. Because of it, Jammu Kashmir was free to have its own constitution, flag and laws. The Kashmiris have lost their identity and rights after the abrogation of the Article which gave Jammu Kashmir a ‘Special State’ status.

GV: Why do you think the Government of India repealed Article 370?

Aquib: India’s Prime Minister Narendra Modi and the Bharatiya Janata Party (BJP) he is leading had been trying to repeal Article 370. This was their political motive and they had mentioned it in their election manifesto as well. And only a few months after winning the Lok Sabha elections they have hurt the sentiments and snatched the rights of Kashmiri people by repealing Article 370.

GV: While Nepal has stated that the Kashmir issue is India’s internal matter, how are Nepalis treating the Kashmiris living in Nepal?

Aquib: More than 500 Kashmiris live in Nepal’s capital city Kathmandu and touristic city Pokhara doing business. We Kashmiris have neither been discriminated [against] nor been treated badly by the Nepali community. In contrast, we are treated with suspicion in India. At the airport immigration, we are hassled by questions like “why we are going to Nepal?” and “for how long?”, etc.

GV: How do you find the news on Kashmir issue disseminated by the Nepali media – is it against Kashmiris or unbiased?

A: The news about the Kashmir issue disseminated by Nepali media is not biased against anybody, but it is about the latest move by the Indian Government and Article 370. India’s move is ill-considered and one-sided. This decision might lead to more trouble instead of solving the dispute.

I appeal to the international community to stand in solidarity with the Kashmiris against the injustice meted out to them.

GV: How will repealing Article 370 affect Kashmir in the future?

A: The special rights Jammu and Kashmir had been exercising for the last seven decades have been removed. To muzzle the Kashmiri voices against this move armed forces have been sent to Kashmir. Communication services like mobile phones and the internet have been shut down including educational institutions. People have been prohibited from gathering and the opposition leaders have been put under house arrest. But the Indian government’s authoritarianism can never control the sentiments of Kashmiris and their dissenting voices.