Does this spell a return to the politics of old? 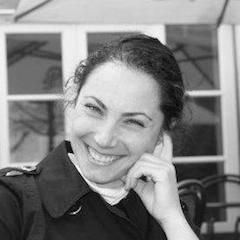 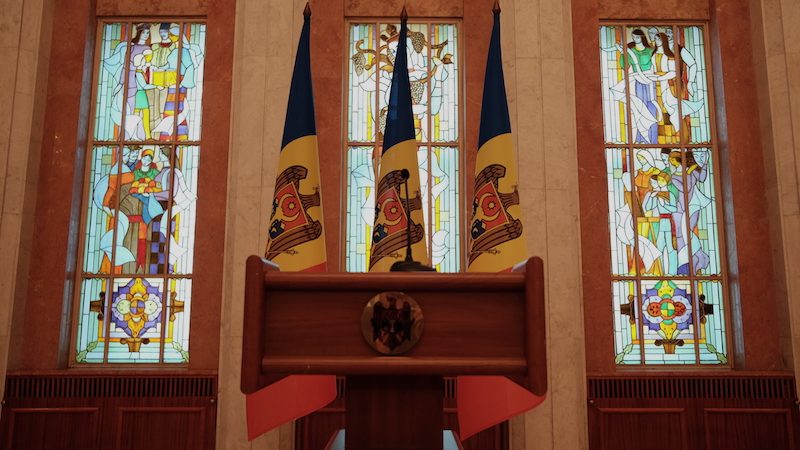 Podium at the building of the Moldovan Presidency in Chișinău, February 2019. Photo (c): Maxim Edwards. Used with permission.

Moldova's “anti-oligarchic” government is out of the picture. But it looks like the turmoil is only just beginning.

Five months ago, in the wake of inconclusive parliamentary elections, Moldova provided one of Eastern Europe's most surprising developments this year. Lengthy negotiations to form a government culminated in a coalition between the ACUM bloc — and other pro-European groups — and the pro-Russian Party of Socialists of the Republic of Moldova (PSRM), who have put aside their geopolitical differences to oust the Democratic Party of Moldova (DPM), whose allegedly corrupt rule had increasingly come to be criticised at home and abroad. ACUM's leader Maia Sandu was sworn in as Moldova's prime minister, and she promptly declared “deoligarchisation” to be the new government's priority.

While Sandu's colleagues took control of most of the ministries, the PSRM, which already controlled the presidency and the speakership of parliament, took charge of the Ministry of Defence and Bureau of Reintegration, which manages the regulation of the frozen conflict in the Transnistria region. The deal was that both parties agree to implement the Association Agreement with the EU, pursue structural reforms, crack down on money laundering schemes, and conduct fair local elections. Encouraged by early signs of progress, the European Union finally gave the green light for a badly needed financial aid package, which it had frozen due to concerns over the rule of law.

Moldova's ruling alliance was temporary and uneasy, widely considered to be unnatural but necessary. The biggest question was not whether but for how long it would last.

The answer to that became clear on November 12, when 63 out of 101 lawmakers dismissed the new government in a vote of no confidence. It was one of the country's most heated parliamentary debates, featuring accusations, incriminating dates and numbers, and an unleashing of revenge and courage from all sides. However, it seems like the plan had been made long ago: even Sandu's own coalition partners in the PSRM together with the PDM voted against her. Two days later, lawmakers from both of these parties voted in a new cabinet.

Prime Minister Sandu, usually chastised for being uncharismatic, appeared to be at her best during the debate, punching back at criticism and protecting her reformist agenda. In a speech to parliament, Sandu made strong accusations against the PRSM, claiming that its politicians had attempted to derail the government's program since the very beginning. Not only were the PSRM and President Igor Dodon not genuinely interested in fighting corruption, asserted Sandu, but they had continued old corruption schemes and pursued state capture in the same way as the old regime.

Furthermore, Sandu claimed that the PSRM had opted for political loyalty over capability when it came to nominating civil servants; the red line, she declared, was the appointment of the prosecutor general. Indeed, nominations for a new prosecutor general and a new president of the constitutional court had been one major catalyst of the recent events.

Candidates to the position were to be preselected by the Superior Council of Magistracy (or SCM, a body previously under the influence of the PDM) and nominated by the president for a period of seven years. On October 29, an independent commission presented four candidates to be proposed to the SCM. When the Ministry of Justice annulled the commission's proposals, Sandu found an alternative option. Earlier that month, the government had amended the law on the prosecutor general, allowing the prime minister herself to pre-select at least two candidates for the position. This is exactly what Sandu tried to do, nominating a new shortlist of candidates. The reason, she claimed, was because some members of the independent commission, loyal to the PSRM and President Dodon, had manipulated the selection process.

The PSRM slammed the move, and several days of recriminations and angry debates followed. They declared that Sandu's initiative concerning the prosecutor general had violated the agreement between the two parties, and that she herself was responsible for the government's collapse. In her final speech before the no-confidence vote on November 12, Sandu declared the rebellious parliamentarians traitors.

Sandu's strained working relationship with Dodon also played a role in recent events. Although Dodon had to resign from his position as leader of the PSRM when becoming president, he still informally exercises great influence over Moldova's socialists. In turn, with the large influence of his political position, he has pushed the boundaries many times to provoke his coalition partners. These incidents often concern foreign policy. In August, President Dodon invited the Russian Defence Minister Sergey Shoigu to visit Moldova, despite the prime minister's declaration that Shoigu could only visit Moldova in a private capacity. Moreover, when Dodon gave a speech at the UN General Assembly in September, he strongly diverged from Moldova's official diplomatic position on the frozen conflict in Transnistria, praising all foreign partners (including Russia, which maintains a military presence in the contested region). Foreign Minister Nicu Popescu strongly rebuked Dodon on Facebook.

Important changes have also occurred in the media sector. Over the past five months, the PSRM has come to control four of the country's most influential TV stations, acquiring two more channels (one of which is national.) Civil society organisations monitoring the situation have already publicly warned the state's audio-visual council (a body overseeing state-funded broadcasting) to stop favouring the PSRM and President Dodon.

Due to developments like these, the general understanding among observers in Chișinău has been that ACUM was losing face as well as public trust. More importantly, it had not been able to clean up public institutions. In fact, many people were asking the government to stop open competition and start making political nominations for the important jobs in the civil service.

Furthermore, ACUM's leadership may have been considering whether continuing the alliance would have helped their candidate's chances during presidential elections. Dodon was elected president in 2016 and narrowly beat Sandu in a heated campaign; ACUM gives every indication that they are ready for a second round in 2020.

The second catalyst for the rupture of the alliance was the results of local elections held on October 20 and November 3. These were an important test for the PSRM to gauge their popularity across the country. Although ACUM had some strong support in the regions, the PSRM triumphed. Crucially, the PSRM's candidate Ion Ceban won the election for Chișinău mayor, an important post in a country as small as Moldova. But the PDM also played tough. After the party lost power five months ago, it has had enough time to regroup and reform. The PDM won 261 out of 766 mayors, more even than the PSRM; this has guaranteed a return to the old dominance of the Democrats and Socialists, at least in local politics.

If this is a return to the politics of old, it has prompted angry discussion in Moldova.

Ion Sturza, who served as prime minister in 1999, thanked Maia Sandu for a “short and sincere government” which was “full of lessons.” He urged both sides to discuss and find a compromise, reflecting on how he left the office that November.

My rhetoric was exactly the same as Maia Sandu's today: everything will collapse, salaries will go unpaid, no money will come in from outside, reforms in the interest of the people will suffer, and so on. But nothing collapsed. My communist successors kept the reforms, they stuck with the programmes with the IMF and the World Bank, and began an association process with the EU. It was a period of great love with Romania. I would go so far as to say that if I had done politics, rather than technocracy, if I had understood that things don't always turn out the way I want (a folly of youth), then Moldova would look different today. Maybe we'd even have been members of the EU and NATO.

Sturza made similar comments to the Moldovan media around this time.

The political analyst Dumitru Minzarari wrote on Facebook that Sturza had failed to build a democratic state in Moldova as he was from the Soviet generation, and argued that backroom deals were no better than the politicians which Moldova wants rid of.

The formula has to be as follows: values before politics. Because otherwise, we're back to the same old cycle. Mr. Sturza is wrong when he says he fears the return of [Vlad] Plahotniuc [the PDM's leader and Moldova's most powerful man during its rule]. Plahotniuc is a phenomenon which spreads in states like Moldova, places which are corrupted, divided among kleptocrats and business owners. If Plahotniuc goes, but the system remains unchanged, then another person will come and take his place. The citizens of Moldova will spend another decade of their lives in vain.

The mood in Chisinau among activists is that, after only five months of responsible governance, now the old game is in town.

In Moldova, we will remember the period from July to November 2019 as a period of optimism, a sense of coming freedom and a hope for a better future. But the Moldovan people did not deserve freedom, because this freedom, much like independence, was presented [to us] from without. Tomorrow we will return to an epoch of readjustment to our traditional reality: as a grey zone along the borders of the EU.

Nevertheless, ACUM and its allies have declared that they will regroup. Igor Grosu, leader of PAS in parliament, says that the party will continue fighting.