One in every two women in Albania has suffered violence 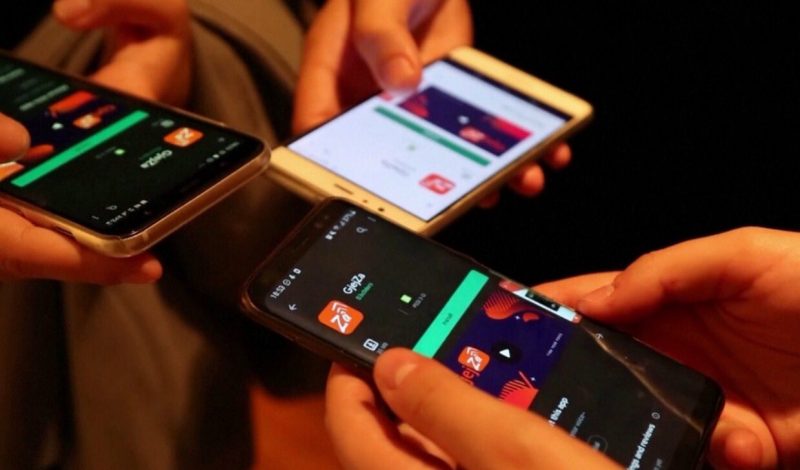 Girls checking the app on their mobile phones. Photo by GjejZâ, used with permission

Three teenage girls have joined efforts to help victims of domestic violence in Albania, where one in every two women suffers from violence.

Arla Hoxha, Dea Rrozhani, and Jonada Shukarasi — known as the “D3c0ders” — created the mobile application GjejZâ (which means “find your voice” in Albanian). It connects survivors of domestic violence to important resources, including shelters, police and support groups.

The app also offers information on gender-based violence, inspirational stories of women who have overcome a violence situation, and breathing and meditation exercises.

“GjejZâ” was created by three 16-year-old Albanian girls in the hope that it will help to tackle the perpetuating issue of gender-based and domestic violence in the country #DomesticViolence #women #humanrights #technology #albania #tirana https://t.co/AA8JryCJGm

The app is available to download on the Google Play store.

Gjejzâ is available on Play Store
Find your voice by using our features:
In the 30 day program you can find mental exercise on breaking myths about violence, meditation techniques, success stories and more!
Do you know someone who might be suffering? Tell them about GjejZâ today! pic.twitter.com/IwqwxE5v4k

The girls learned to code and create applications over the past four years through an initiative by the U.S. Embassy in Tirana, as explained in a Youtube video in Albanian and English.

One in every two women suffer from violence in Albania, Iris Luarasi, the head of a national hotline for abused women, has told Reuters, citing a 2018 survey. The survey adds that 4,000 cases of domestic violence were reported in the same year.

Luarasi herself is one of the supporters of the app:

GjejZa is the application invented from this talented girls to connect in one app victims, NGOs and institution. #DV pic.twitter.com/EkNNwT764I

The three teenagers made headlines when they won an award in the Technovation Challenge competition.

Congratulations to D3C0ders, the first team from Albania to become Finalists for winning the 1st place in the Senior Division for their app to support survivors of domestic abuse and women at large. They will receive $15,000 for their app/to further their education. #WorldPitch19 pic.twitter.com/iJp0QhV0JZ

More recently, they have been nominated for another award: