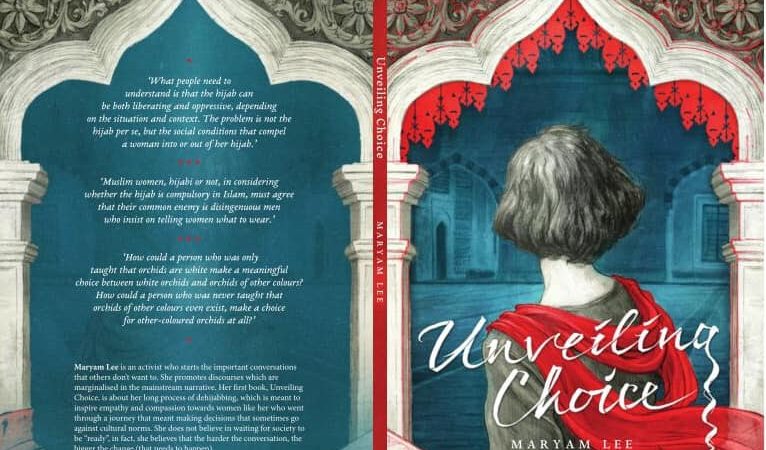 Malaysian writer Maryam Lee is being investigated [2] by religious authorities after publishing a book narrating her decision to stop wearing the hijab [3] or head covering worn by many Muslim women.

Maryam wrote on her blog that she received a summon in October 2019 from Jabatan Agama Islam Selangor (JAIS) asking her to cooperate in an investigation for a possible violation of Section 10 (a) of the Syariah Criminal Enactment (Selangor), which criminalizes “any person who by words which are capable of being heard or read or by drawings, marks or other forms of representation which are visible or capable of being visible or in any other manner: (a) insults or brings into contempt the religion of Islam;”.

Maryam believes the summon is related to her book [1], Unveiling Choice, which was published early this year and explores the idea of ‘dehijabbing’. The book’s launch became controversial after the Prime Minister’s Department for Religious Affairs ordered [4] an investigation of the event.

Malaysia has a Muslim majority population and it’s known for promoting a moderate view of Islam backed by laws guided by the principles of racial and religious harmony. But in recent years, some hardliners [5] have been pushing for the strict enforcement of Islamic teachings in governance. The shrinking space for religious expression is also reflected [6] in the August 2019 High Court ruling which recognized the Shariah Court jurisdiction to issue a fatwa [7] against the Sisters in Islam, a women’s group advocating for gender equality.

Maryam appealed [8] for solidarity while she is facing investigation:

In situations like this, it is important for us to remind the government that freedom of expression is not a crime and freedom of religious beliefs is not an insult to Islam, and that the protection of these freedoms is essential to uphold human rights for all. 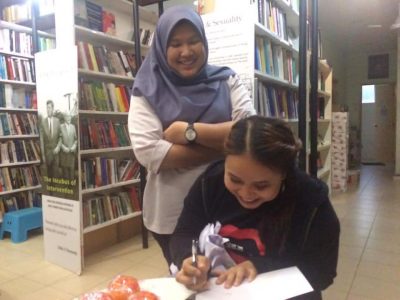 The book neither promotes nor discourages readers from exemplifying her actions, but in fact, explores the tenets of the decision from one person’s experiences and point of view.

Stories that reflect the varied realities of women are important, as they contribute to the diversity of experiences and discussions around how women are affected by social structures and pressures.

Malaysian Action for Justice and Unity points out [11] that it is JAIS which is insulting Islam:

As a movement that stands for democracy, freedom of expression, and freedom of inquiry, New Naratif believes in the need to have space for important discussions, even if they might be sensitive or controversial.

The choice of where or not to don a hijab is a very personal one, and it is important that people have the opportunity to tell their stories, share their experiences, and engage in good-faith conversations, regardless of their ultimate decisions.

Several civil society leaders in the region also signed a statement expressing [13] concern about the allegations against Maryam:

We view this as an attempt to interfere with women’s choices and their bodily autonomy and specifically their internationally guaranteed right to express themselves. In an increasingly restrictive society, women face numerous challenges and have little space to make decisions for themselves.

The rights to free expression and religious freedoms include the right to express our personal views and the right to make choices about our bodies, which includes deciding whether to wear the hijab or not.

And finally, this cartoon depicts the situation of Maryam:

As a mom, it disturbs me that author,muslim Maryam Lee,is now being targeted and accussed unjustly of anti-Islam sentiment simply for writing and sharing about her personal choice to be hijab-free.Hijab-free does not mean anti-Islam!Hiijab that isnt a choice,is oppression. pic.twitter.com/xOkY18FUpT [14]