The future of asylum seekers is uncertain in Sri Lanka

"We must not turn our backs on them" 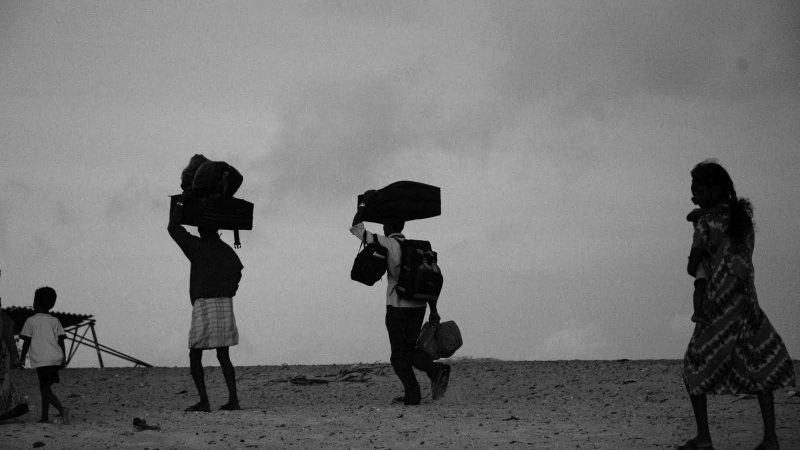 Neighboring countries gave refuge to hundreds of thousands of Sri Lankans during the 30-year-old civil war. In the picture: a group of Sri Lankan Tamil refugees arrives in Rameshwaram island of Tamil Nadu after a risky 30-mile boat ride across the Palk Straits. Image from Flickr by Climatalk .in. CC BY-NC 2.0

Sri Lanka has a history of providing refuge to South Asians and others fleeing persecution in their home countries. However, after the Easter Sunday terrorist bombings this year, where an armed group killed more than 250 people in three churches and three hotels in Sri Lanka, armed mobs launched reprisal attacks on refugees and asylum-seekers from Pakistan, Afghanistan, and Iran. According to Human Rights Defender Ruki Fernando, Sri Lanka is now refusing to allow more asylum seekers in the country and is deporting them back to their country of origin.

How many refugees are in Sri Lanka?

I'm also aware of several refugees who have been stuck in Sri Lanka for several years despite being granted refugee status. These refugees come from 15 countries in South Asia, Middle East and Africa. 1,362 were from Pakistan and 200 from Afghanistan. Others were from Bangladesh, Eritrea, India, Iran, Maldives, Myanmar, Nigeria, Palestine, Somalia, Sudan, Syria, Tunisia and Yemen.

The majority are Ahmadiyya Muslims, while there is also a significant number of Christians and other Muslims. These communities have suffered threats, attacks and killings by extremist groups, with little to no protection from the State against these attacks. A few persecuted human rights activists, journalists, bloggers, atheists and gay persons have also sought refuge in Sri Lanka.

Life as a refugee in Sri Lanka

The asylum seekers and refugees do not receive government housing and are also not absorbed into government technical education and vocational training systems. UNHCR provides those recognised as refugees with an allowance of about Rs. 10,000 (US$ 55) per person or Rs. 22,000 (US$ 122) for a family with two or more children which is not enough for a decent living in Sri Lanka. The asylum seekers don’t get any allowance and have to manage on their own.

According to Ruki, government hospitals provide free healthcare but they sometimes face discrimination.

A Pakistani #Ahmadi #asylumseeker in #SriLanka, a young mother (21-year-old), lost her newborn this morning. Gen. Hospital Negombo is not releasing her baby's body w/o an NOC from Pak HC. If her family can arrange the NOC only then they'll return him.

Reprisal and hostility against refugees after Easter Sunday bombings

Read This: A series of bomb attacks on churches and hotels spark terror in Sri Lanka

Along with Sri Lankan Muslims, the small refugee and asylum seeker population, especially around Negombo, bore the brunt of reprisals and hostilities after the Easter Sunday bombings. Some refugees were subjected to physical violence and others faced threats of violence as about two-third of the refugee population were evicted from the rooms and houses they were renting. [..] The majority of those evicted were Pakistani Ahmadiyya Muslims and they sought shelter in two Ahmadi mosques. Others were accommodated in the garage and verandas of the Negombo Police station. Conditions in these three camps during April and May were unbearable.

Displaced asylum seekers from #Pakistan, #Afghanistan and #Iran evicted from their houses due to threats of retaliation after #EasterAttack on #Christians. Collectively blaming innocent people for the actions of individuals.
#lka #SriLanka @Refugees pic.twitter.com/5QkAj7P8eC

No justice and accountability for the attacks on refugees

In a report titled, Unsafe at home, unsafe abroad: State obligations towards refugees and asylum-seekers in Sri Lanka, Amnesty International mentioned that the Sri Lankan authorities have failed to offer refugees and asylum seekers adequate protection and living conditions and failed to investigate the threats and violence against them even after six months.

Thread: ?In May we spoke to many refugees and asylum seekers from #Afghanistan,#Pakistan, #Iran on the threats and violence they had faced after April attack in #SriLanka. Read the below thread and report for more detials. Via @amnestysasia https://t.co/JFmI4VM32n https://t.co/vVnLBJlZS0

Sri Lanka: No investigations and no accountability in attacks on refugees and asylum-seekers https://t.co/4Xn8FN3JkM pic.twitter.com/X6tMBcG3UV

Not allowed in the country anymore

Ruki Fernando recently reported a case in Groundviews where a Pakistani asylum seeker family was not allowed inside Sri Lanka:

“Please save my family, please” was the message I received from a Pakistani friend last weekend. It was about her family of seven, including 3 children, who had fled Pakistan after facing persecution as Christians. They had arrived at the Katunayake airport on the morning of 25th October, seeking safety, but was detained and deported back by the Sri Lankan Immigration on the night of 28th October.

Ruki tried to use his personal contacts to help stop the deportation of these two families. He adds:

Through friends, I also contacted government politicians, including the Prime Minister. The answers I got was they are busy with election campaigns and helping these families might harm prospects of their candidates.

Pakistani nationals should avoid traveling to Sri Lanka nowadays, they’re more likely to get deported back to Pakistan because of the number of Pakistani Asylum seekers and refugees living in Sri Lanka, as a pre-caution contact the Sri Lankan high commission for further enquiries

Sri Lanka is at risk of damaging its reputation as a country that welcomes that fleeing persecution elsewhere. The authorities must take urgent steps to guarantee the safety, dignity and human rights of all refugees and asylum seekers, ensuring that they are safe and have humane living conditions.

Sri Lanka has its own history of displaced persons as more than 800,000 people sought refuge in other South Asian countries and beyond during its 30-year-old civil war. Ruki Fernando comments:

Asylum seekers and refugees are not voters, but they are human beings. Politicians, political parties and as Sri Lankan citizens, we must not turn our backs on them, but welcome them, support and care for them when they come to us seeking temporary refuge.