But she adds that fringe media, at times, distorts the facts 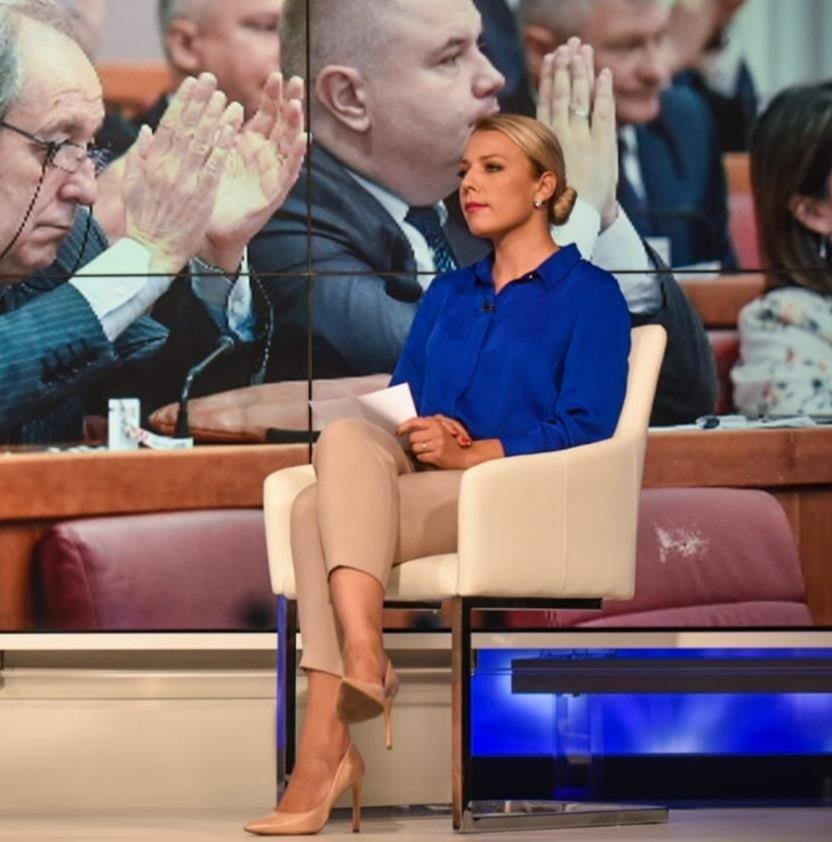 Damira Gregoret is a politics reporter and news anchor with RTL Croatia. In October 2018, she made headlines on local media after asking a question to Croatian Prime Minister Andrej Plenković during a press conference, to which he replied, patronizingly: “You are so sweet, Damira.” Later he publicly apologized to her.

Meta.mk talked to her about the media climate and disinformation in Croatia in the run-up to the presidential elections, due on January 20, 2020.

Meta.mk: Is the general public capable of recognizing false news and how much of it is present in Croatian media?

Damira Gregoret (DG): In the last five to six years, we have been having problems with recognizing disinformation, false news. Even though I cannot be certain what I should call this news, i.e. whether any information that the journalist conveys due to not knowing better or because of lack of knowledge is false news or just disinformation. On the other hand, it is clear that false news is something that is published on purpose.

Meta.mk: Who is the main source of false news?

DG: I would say that we in Croatia have no major problems with false news, at least not in the mainstream media, but there is a certain distortion of facts on the margins of the media scene, which can be characterized as false news. This is something that hasn’t become a major problem, because the mainstream media in Croatia, luckily, are still dominant, but certainly, that should be detected and a reaction should follow. The question is how? I’m worried about the data regarding Serbia and it is incredible how that country has brought itself to the situation that it is in now. The issue is maybe about the joint synergy i.e. the comradeship which doesn’t necessarily has to be within the frame of one state. The journalists should be more careful and in the end, to inform more institutions including the European Commission.

Meta.mk: What is usually the subject of false news in Croatia?

DG: The migrants, but I will say again that it is happening on the margins of the media scene, where the number of migrants has been blown out of proportions and on the other hand there were warnings that the migrants are aggressive, which in certain circumstances can happen. But a journalist should exercise positive discrimination, i.e. not to publish every news that can lead to hatred based on this.

I remember the text that mentioned that migrants have stormed and robbed several houses, and only the next day information arrived from the police that it was one house only and that it wasn’t robbed by the migrants. That way, the fear of migrants which spread throughout Europe, is present here and is used for the creation of false news.

Meta.mk: Are there any reactions from the citizens, the society, the public, institutions?

DG: It is difficult for me to explain through numbers and facts how each reacts. I think that the people are inclined to believe this type of false news, because it is more simple – people feel safe inside within the borders of their country where there are no foreigners disturbing the order. But I think there should be a responsibility on part of the media and that the media are the ones that have to position themselves and disperse these fears. Certainly, not by not informing, but only by explaining to the people that in the whole situation you still have to act like a human. They should act humanely.

Meta.mk: Please explain how these issues are regulated in Croatia – are there are special regulations that refer to hate speech, false news?

DG: There have been talks about it even though it is difficult for me to imagine how it would be regulated. I am certain that a way can be found. There is a journalist codex that doesn’t mention any sanctions within it. The Croatian Media Association is active in this domain, but only as a backup. We can always do better in the fight against false news and hate speech, but the situation is not alarming.