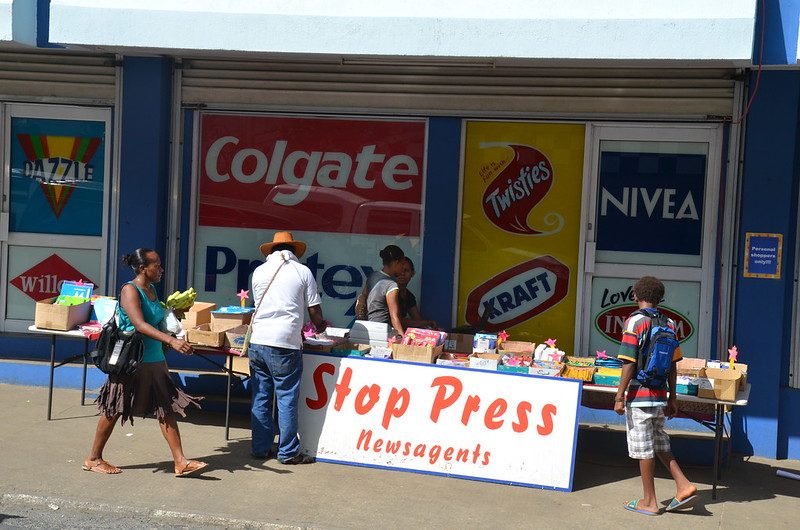 The media director of the Vanuatu Daily Post says his work visa was not renewed by the country's Labour Ministry because of the paper’s critical coverage of the government.

Dan McGarry wrote on Facebook and Twitter that his application was rejected because the government reportedly wants his position to be ‘localized’. But he believes the decision was as a result of newspaper stories that angered the authorities: 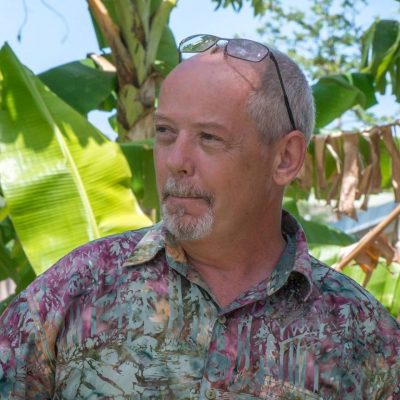 In July, the Prime Minister (Chariot Salwai) summoned me and berated me for my ‘negative’ reporting. ‘If you don’t like it here,’ he told me, ‘go home’. But Vanuatu is my home.

People will hem and haw and say all kinds of things, but it boils down to this: I spoke out, and was punished for telling the truth.

McGarry said the problem started when the newspaper ran a story in July 2019 about the deportation of six Chinese nationals to face prosecution in China, despite questions about the legality of the action.

McGarry is among those who questioned the decision of the Minister of Internal Affairs to deport six individuals to China without a court hearing:

He admitted he didn’t consider that at least some of the deportees were Vanuatu citizens. He appears to have issued orders without fully considering his responsibility to follow the law himself. He appears to have instructed Police to act as they did. Every one of those statements is cause for deep concern. Because whatever the Minister may think, we are not subject to Chinese law. And we don’t do things the Chinese way.

The issue reflected the growing political and economic influence of China in Vanuatu and other Pacific nations.

McGarry noted the link between the deportation issue and China's standing in Vanuatu:

Vanuatu is not China. But today, it’s looking more like it than ever before.

McGarry is a Canadian who has been a resident of Vanuatu for 16 years and is married to a Vanuatu citizen. He tweeted about how the Labour Ministry's decision affects his personal life as well:

I’m gutted right now. My future’s uncertain. I could lose everything I’ve built over the last 16 yrs, just for doing what any self-respecting journo would do.

But I take immense solace in seeing that in just over 24 hrs, we’ve reached over 60,000 people on Twitter alone.

But Labour Commissioner Muriel Meltenoven insisted that her office is merely upholding the government's localization policy. She told the media that:

The decision to refuse the work permit is because, looking at his file, there is no succession plan or training plan that has been provided for a local counterpart.

Marc Neil-Jones, founder of the Vanuatu Daily Post, clarified that the company is locally-owned:

Trading Post Ltd is 100% locally owned and employs over 50 staff. We are being blatantly forced to localize a very senior expatriate position in our 100% Ni Vanuatu owned company.

He also warned about the implications of revoking McGarry’s visa:

We believe the real reason for [the] government cancelling McGarry’s work permit is because they are not happy with some of his news items. It has nothing to do with localization.

We urge this government to not use this Work Permit Amendment Act to get rid of expatriates they do not like […] as this precedent is dangerous and opens up the doors to abuse.

A report by The Guardian mentioned that McGarry's predecessor also faced harassment for criticizing some policies of the government.

The Media Association of Vanuatu also urged authorities to renew McGarry’s work permit by reminding them that there are other avenues through which to address complaints related to published stories. The statement emphasized that freedom of the media and the right to information are important in promoting the country’s development.

Journalists, scholars, and media freedom advocates in the Pacific region all criticized the denial of McGarry's work visa. Australia's Media, Entertainment and Arts Alliance said the decision “is a disturbing development that raises concerns over press freedom and the public's right to know in Vanuatu.”

Professor David Robie, the director of the Pacific Media Centre and editor of Pacific Media Watch, vouched for McGarry’s integrity as a journalist:

Dan McGarry is one of the leading investigative journalists in Vanuatu and the Pacific and has a commitment to development values.

Dan has also been a strong media freedom advocate and has followed the proud traditions set by the Daily Post founder and owner, Marc Neil-Jones, by publishing the truth and holding the powerful to account.

A loss of Dan McGarry to Vanuatu would be a huge loss to the region as well.

Journalist colleagues, readers and people who are committed to press freedom in the Pacific and everywhere stand with Dan McGarry at this time. Freedom doesn't mean easy; it means knowing we must guard and fight for what is precious https://t.co/hsSx8AjUeu

McGarry said he will appeal the Labour Ministry's decision.