In Afghanistan, childhoods are lost to war

3,500 youngsters have lost their lives in the Afghan conflict in the past 3 years 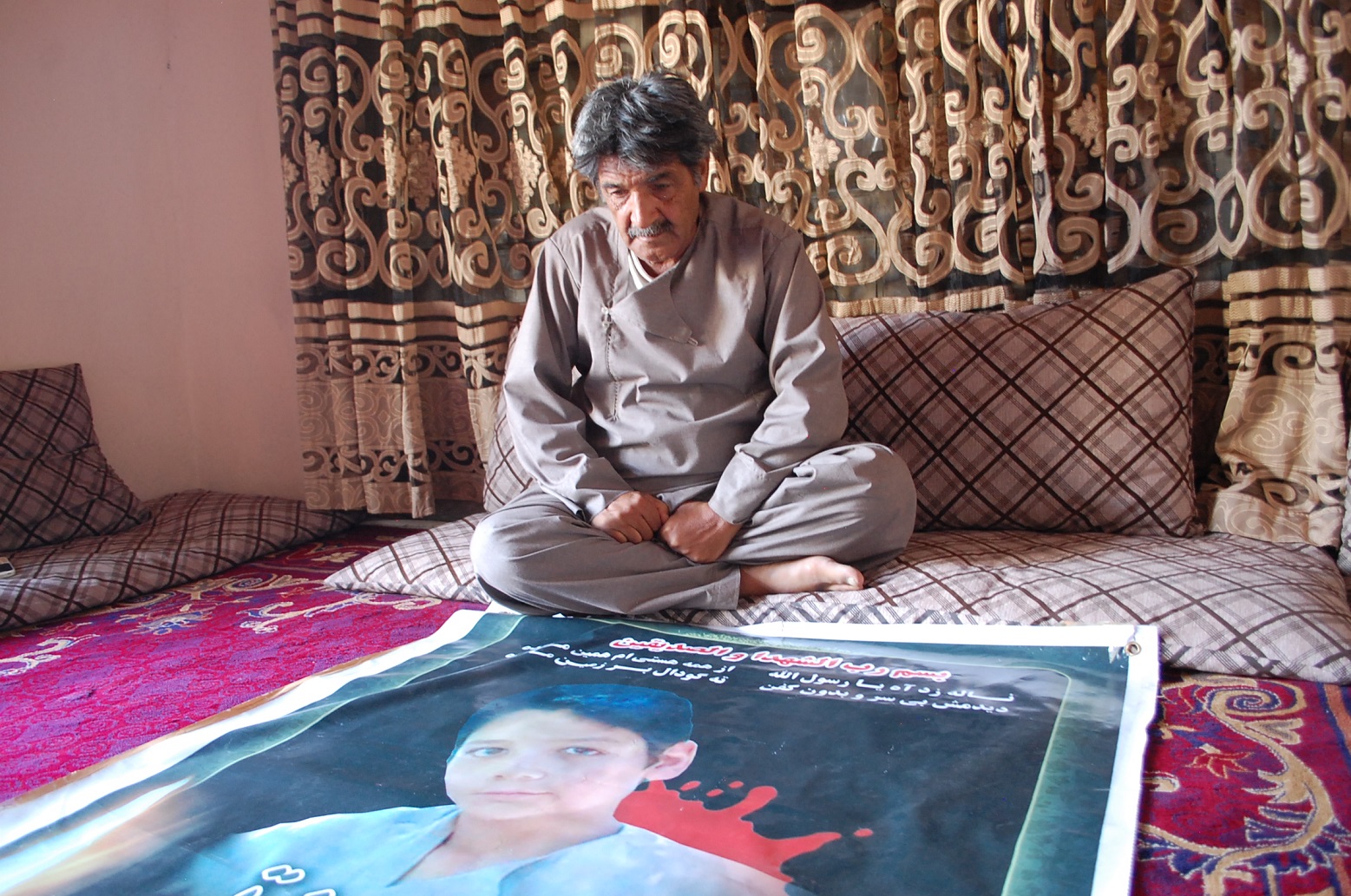 Mohammad Hazrati remembers his teenager son, Saleh Mohammad who was killed in a suicide bombing. Photo by Ezzatullah Mehrdad, used with permission

Saleh Mohammad was playing as usual in the yard of his family's home in Kabul on a late August day when he jumped over a block of wood, hurt himself in the foot and lost one toenail. But that didn't deter him from attending one of the most important events his family had been preparing for that same day in the evening: the wedding of his sister.

As musicians started playing, Saleh sat next to them to enjoy the feast. But his joy was short-lived: the numerous guests included a suicide attacker claiming allegiance to the Islamic State who detonated a bomb. That was the end of the wedding, as well as Saleh's life. He was thirteen.

As Ghulam Mohammad Hazrati, the father of the family, was frantically evacuating the dozens of bodies of the ceremony's guests, he couldn't find any trace of his son Saleh. He checked nearby hospitals in vain. Eventually, he noticed a severely maimed body in the yard, and as he explains: “We identified his body through his detached toenail.”

That attack left 92 dead, including teenagers and school children like Saleh.

Given that nearly half of Afghanistan’s population is under 15, children have been affected the most by the ongoing war:  suicide or car bombing, drones, night raids, widespread ground combat have all killed countless Afghans in large numbers.

The United Nations has documented 14,000 “grave violations” against children in the past four years of the Afghan war. The conflict has claimed the lives of nearly 3,500 youngsters and injured over 9,000 from 2015 to 2018. The armed insurgent groups are responsible for 43 percent of child casualties, while pro-government forces are responsible for 30 percent of the casualties, according to a U.N. report.

For those who survive such attacks, the trauma often stays with them for the rest of their lives. The non-profit organization Save the Children said this year that an estimated 20 million children wake up every day in fear of explosions or gunshots.

Kamaludin is a 14-year-old teenager who survived a Taliban car bombing in Kabul in early September. He recalls: “I had slept early because I had to go to school in the morning. The attack woke me up.” His young siblings were dug out of their two-story house which collapsed entirely.

“The main issue is that we do not acknowledge the children's experiences of trauma and depression due to their exposure to violence,” says Freshta Karim, founder and director of Charmaghz, a mobile library bus catering to children in Kabul. “Those who are in direct exposure experience post-traumatic stress disorder.”

Two recent attacks demonstrate the emotional toll the war takes on children. In a July car bombing, the Taliban hit an Afghan military installation in the early morning hours which coincide with school time in Kabul. At least 26 school children were injured. In another car bomb, the Taliban targeted an Afghan intelligence agency office near a private school in Ghazni, in central Afghanistan. The attack killed one school kid and wounded 60 others. 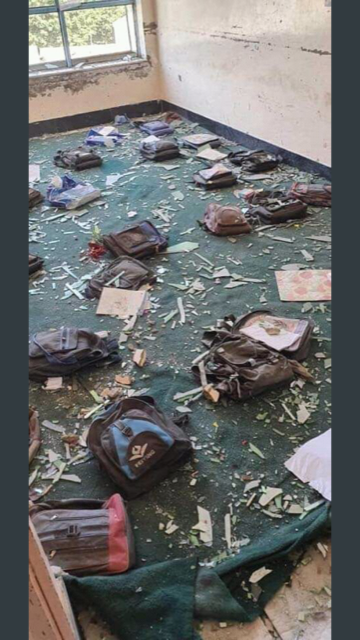 A classroom of a private high school was torn apart by a car bomb in the flashpoint Ghazni city. Photo courtesy of social media.

The schools near the bombing site were closed off for a few days. When classes resumed, students returned to classrooms severely damaged by the bombing. The situation is worse in rural areas: the Taliban and the Afghan security forces often school buildings as bases and rarely leave.

The widespread ground combat remains the main reason behind the closure of schools. Attacks on Afghan schools tripled between 2017 and 2018, according to UNICEF.

In May 2019, the UN children's agency said the conflict has led to the closure of 1,000 schools by the end of 2018, and that an estimated 3.7 million Afghan children between the ages of 7 to 17—nearly half of all school-aged children in the country—were out of school.

“It is the worst damage to the children in the country,” Karim said. “The opportunity for their talents to flourish is taken away from them. The war prevents them to develop their potential. Future scientists have no chance to emerge.”

“The Afghan war has taken away space from them to grow up in a [healthy environment],” Karim added. “They cannot develop critical thinking, which makes them vulnerable for exploitation by extremist groups, including the Taliban and the Islamic State.”

An educated future generation may likely fuel the flame of next-generation war in the country, even with a possible deal with the Taliban group, a lengthy peace process that has already dragged on for years without much significant result. But for children like Saleh Mohammad, a 6th grader, the war took his life before he could see the results of his summer midterm exam.

Just before the wedding of his sister, Saleh Mohammad had taken the exam and was enjoying the summer break from school. When the school reopened, his father Hazrati received the results of the exam and shared his feelings: “Mohammad was very good at school. I was hoping he would graduate from high school, study law at university, get a job, and build a future.”