The campaign talks about larger issues of women's data privacy 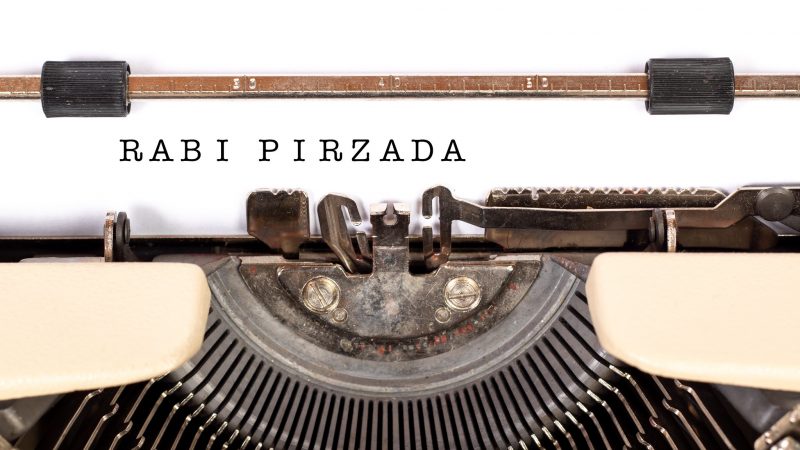 Rabi Pirzada became a trending topic in Pakistan on November 4, 2019. Image via Flickr by Trending Topics 2019. CC BY 2.0

Yet another actress in Pakistan fell victim to cybercrime and harassment after her personal photos and videos were leaked online. Pakistani pop singer Rabi Pirzada recently sold her phone and someone hacked the password, leaking her private pictures and videos. After her intimate photos and videos were shared online, it went viral and she declared that she is quitting showbiz.

Translation: “I, Rabi Pirzada, am quitting showbiz. May God forgive my sins and soften the hearts of people in my favour. #SaveaSoul”

Pirzada recently came into limelight when she released a song in support of people of Indian-held Kashmir in which she was wearing a suicide jacket. She also released a video where she is surrounded by snakes and threatened Indian Prime minister Narendra Modi.

People started an online campaign with the hashtag #iamrabipirzada in support of Rabi. The trend was initiated by Fouzia Gillani, a Pakistani expat law student:

Nude pictures of Rabi Pir Zada were leaked by another person, however Pakistani people were cursing her instead of demanding an investigation against the person who leaked those photos and videos.

Just wondering after reading many women that why she took such photos.

There are several cases where men harassed woman by sending their nudes in women inbox. Then they don’t feel shame but if a woman come up with those ideas then their so called values hurt.
It’s a hypocrisy and it should be ended now.

Let’s demystify human body and take away slut-shaming. That’s the only way to move forward. Luckily, my entire business is built around the very concept & empowering women to embrace all they’re made of.
In solidarity with #RabiPeerzada and Qandeels of the world.#iamrabipirzada pic.twitter.com/zFcWsQqrAN

Another Twitter user thought it's not the right way to defend Rabi, and tweeted:

And this is the shittiest way supporting her.

In support of Rabi Pirzada people are taking off clothes and writing #iamrabipirzada on their private parts. What is this silly way of supporting someone? These people are not in their senses. click on this tree and look at this ignorance

In Pakistan, cinema gets backing and support by the propaganda wing of the military ISPR. The ISPR director general, Asif Ghafoor is active on Twitter and came in support of an item song in the film, Kaaf Kangana, an ISPR project.

Pic 1. The item song is by an indian girl in the movie as per her role, you may watch movie to know the context.
Pic 2. It is neither at GHQ (GHQ is at Rwp not Islamabad) nor of an event organised for ISPR as such.

Rabi exchanged a tweet with the DG ISPR and called him out for supporting an item number. Dance or item numbers are looked down upon in Pakistani society where actresses shame each other for showing skin. The song's lyrics take a dig at India and was a point of interest for Pakistani Twitterati.

Rabi shamed the DG and tweeted:

Seriously disappointing, @OfficialDGISPR we all make mistakes but never refuse to admit it or explain it like this ?#chotisibaat pic.twitter.com/2SQHJPtSaz

Many Pakistani Twitter users are blaming Director-General of Inter-Services Public Relations (ISPR) Major General Asif Ghafoor for leaking Rabi Pirzada's private videos and pictures. However, there are no direct links or proof that it is more than Twitter chatter.

leaks came after she criticized ghafoor for defending item song.. hence everyone doubting him

Rabi's incident not only shows how victims of a data breach are dealt with in Pakistan but also highlights the hypocrisy and double standards of society as a whole.