Environmentalists raise alarm over hydropower boom in the Balkans

Over 2,700 small hydroelectric plants are planned or under construction in the region 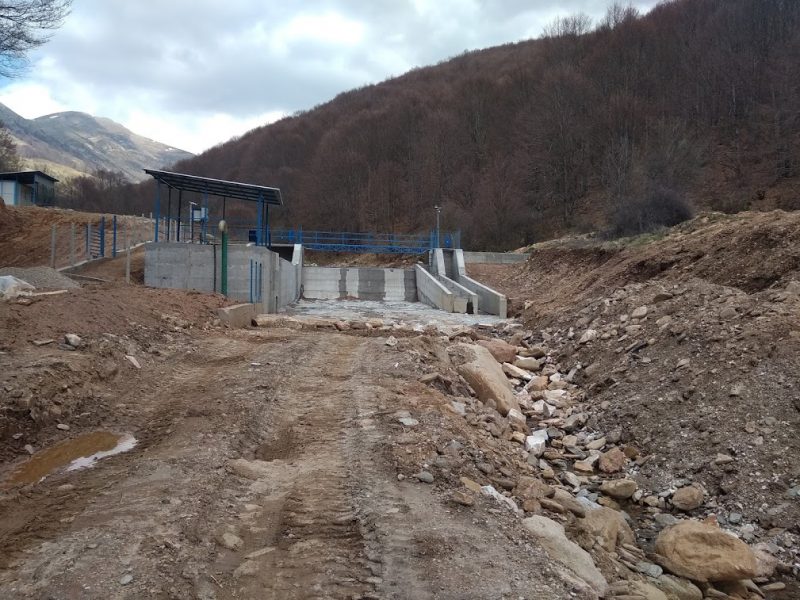 Construction site of a small hydropower plant on the Krapska Reka river, in the Jakupica mountain, North Macedonia. The area is part of the Emerald network of nature protection areas. Photo by Eko-svest, published with permission.

The Balkan countries have turned to hydropower in the haste to meet targets set by the Energy Community Treaty, an agreement between the European Union and its neighbors by which signatories must, among other things, obtain 27 percent of its electricity from renewable sources by 2020.

But critics say governments are rushing construction without properly assessing its environmental impacts — and that projects are marred in corruption.

A 2017 study by Bankwatch, a network of civil society organizations from Central and Eastern Europe, visited eight European-financed hydropower plants in the region and discovered that all of them are in protected areas or ecologically-sensitive areas. They found that most plants have caused river beds to dry and hindered local villages’ water sources. Field visits to plants in North Macedonia in 2017 found that construction materials dumped in the riverbed have disrupted the migration of fish and other organisms. The study says:

All of the plants visited are in urgent need of increased impact monitoring as well as restoration measures. In most of the cases flagrant violations of national laws and international financial institutions’ standards are visible.

Macedonian biologist Ana Colovic Lesoska, from local NGO Eko-svest, expressed concern about the trend in a statement for Global Voices:

Colovic recently won the Goldman environmental prize for her efforts in stopping two large dams being constructed in the Mavrovo National Park, home to the endangered Balkan Lynx.

The Bankwatch report also found that, all over the region, companies that won concessions to construct and operate small hydropower plants are owned either by politicians in power or their relatives. The report says:

In North Macedonia, locals from the village of Zhirovnica, with the help of civil society organizations, won a legal battle this year against two power plants in the Mavrovo municipality. Local authorities canceled their construction after concluding they had failed to comply with international and national regulations.

In neighboring Kosovo, protests against hydroelectric plants have united local Serb and Albanian residents of the municipality of Štrpce, on the Šar Mountain near the Macedonian border. Since mid-2018, they have staged a series of protests at the construction site. On October 8, one of those protests was met with excessive force by the national police, who used pepper spray on attendants, including children, and left 20 injured. Three residents of the nearby Lower Biti village were arrested and released after questioning.

The bridging of ethnic divides in a country that was ravaged by ethnic cleansing only twenty years ago has attracted the attention of regional media attention. One article from August 2019 was titled “Štrpce: An ethnic Serb and an ethnic Albanian arrested for burning bulldozers.” A similar story was also published by BBC in Serbian.