At a standstill: Can Haiti find a way out of its unending crisis?

Of the protests that plagued Moïse's presidency, these are unparalleled 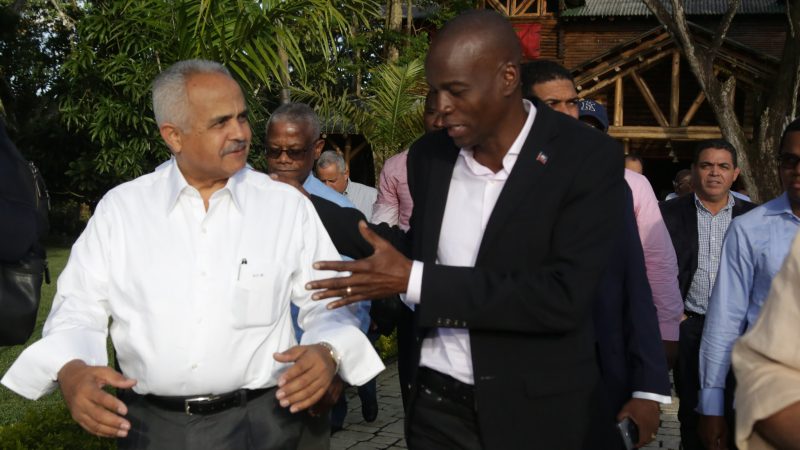 Haitian president Jovenel Moïse has weathered successive waves of violent protests during his two-year presidency. Since social unrest first erupted in July 2018 over the PetroCaribe scandal — along with the government's decision to increase fuel prices — his administration has been unable to prevent an already abysmal socio-economic crisis from spiraling downward.

Moïse is desperate to get control of a volatile political climate. Inflation, which was at 15 percent last year, now hovers at around 20 percent, and the country has been without a ratified prime minister since March 2019. In the meantime, Haiti's overall situation has only deteriorated: the Global Competitiveness report released in August 2019 ranked the Caribbean nation 138 out of 141 countries.

In the cycle of protests that have typified Moïse's presidency, this current phase is unparalleled. Once again, violent civil protests have taken centre stage, with the country locked down for more than eight weeks now thanks to massive street demonstrations, roadblocks (often with burning barricades), and limited public services in operation.

The first calls for his resignation emerged during the February 2019 protests, during which the country was locked down for about 10 days due to large-scale civil unrest. In June, following the May 31 release of a second piece of the Petrocaribe report, in which Haiti's High Court of Auditors detailed more evidence of the president's alleged ties to the scandal, social mobilisation against corruption escalated to even greater heights.

Other protests revolved around demanding justice for the November 2018 La Saline massacre, the collective rape of young female students, the spread and increase of gang activity and overall insecurity. The recurring fuel shortage issue, which happened mostly during August and September 2019, brought more chaos and pushed Haitians deeper into the dark tunnel of basic survival.

Virtually all sectors of Haitian society have joined the current protests asking for the president to resign:

After academics, artists, religious, police, workers in the textile sector, today it is health professionals who will protest to demand better working conditions and a revaluation of their salaries. #Haiti

Even as scenes like these unfold, the general feeling is that President Moïse has not been responsive to the concerns of the people. Many social media users say he seems more interested in focusing the debate elsewhere, such as pointing fingers at private sector groups which appear to have disproportionately benefited from state energy contracts:

A country is living on a political, economic, social, legal, institutional, and constitutional level chaos where the lion's share of money disappears, gangs are fighting, the place is landlocked, there is repression, schools and hospitals are closed, massacres happen, and you are talking about franchises, power deals, lawyers…@moisejovenel ARE YOU SERIOUS? @congressdotgov

The government has engaged the services of some law firms to defend the state against these private companies. However, one businessman who was targeted in this initiative mocked the strategy as a way to shy away from public pressure, while ignoring other cases of alleged corruption that involve the president and his inner circle, including his wife:

Will these new law firms also analyse Petrocaribe files, helicopter records, Dermalog [a German firm that won a lucrative contract for the production of national ID cards, which allegedly involved the first lady], Sofidai [a company linked to Moïse], without our schooling, transparency for everyone, this is what democracy requires…
Otherwise the people will have to get to the bottom of these issues themselves. #IAmFollowingYourGaze

If @moisejovenel had the same love for the #PetroCaribe deal then half of his friends and allies would be in jail by now.

This long period of incapacity has paralysed the country at all levels — schools, hospitals, markets, money transfer institutions, banks and hotels have basically shut down. The government, meanwhile, has been increasingly relying on force to crack down on protests, but with no results:

Our digital experts have verified multiple instances of police using excessive force during six weeks of anti-government protests in #Haiti in which at least 35 people were killed, with national police implicated in many of the deaths https://t.co/gyTfrRNKEU

In fact, the government appears to have lost control — everywhere throughout the country, major roads are blocked:

VIDEO: the current situation on many major roads in #Haiti after opposition calls to grow barricades & intensify pressure on the president to resign. Last night, the gvmt said they would clear the streets but are nowhere to be found today. pic.twitter.com/10C0l62c0z

Even the president has to go through the barricades in order to reach the national palace:

WOW: The same day @Amnesty condemns police violence in #Haiti, video emerges of masked National Palace Guard telling journalist to work from further away because when he “starts shooting [he] doesn’t have control of surroundings.” https://t.co/8UPpIGbE8g

While the streets, civil society actors and members of the opposition remain mobilised, perhaps understanding that President Moïse wants to remain in power at all costs, ordinary citizens are becoming overwhelmed by a sense of hopelessness. Citizens desperately want a way out of this seemingly unending crisis:

Pascal ADRIEN: The country has always been on “LOCKDOWN” for the poorest people
Djim C. Guerrier: Remove our barricades, stop pressure on the radio, stop sending armed bandits messages on social networks and [stop] checking to see if the “people” will give up and not carry on. From behind the barricades, the majority of people do not believe in the movement. You are forcing them to do it. #MakeTwitterProtest

Paradoxically, many Haitians have been expressing their desire for the United States to play a more decisive role in helping to resolve the crisis, although some observers feel that the burden of disentangling the situation primarily lies with local stakeholders:

“Ultimately the ball is in the hands of Haitians. If they want to change the situation, they have to do it, and they have to do it on their own and not expect any significant assistance from the external community.”

The presence of an American hospital ship in Haitian waters has already created some confusion as to whether, as officially stated, the ship is there to provide humanitarian assistance, or whether it simply serves as a trojan horse to disguise a U.S. military presence on the ground:

Folks helicopters belong to hospital ship, the Comfort. From my #Haiti piece on Friday: “But there will be no U.S. soldiers handing out food rations, said the USAID official, noting that distributions will be made by the United Nations’ World Food Program. https://t.co/oHpZiVJH7M

False tweets, fake news.
They released 2 photos to help foreigners understand how to take control of the country. The first is from March 3, 2004. The photo is not by @shtagg but by Getty Images. [Link] In the 2nd photo, the uniform the men are wearing is not the current uniform. The style guys are getting screwed ?

Will Haiti's traditionally self-serving socio-economic and political elites ultimately use this unprecedented crisis to reach a deal in the country's best interest? Or will some other ill-fated solutions, once again, come from elsewhere?