Why is Pakistan trying to broker Iran-Saudi peace talks? 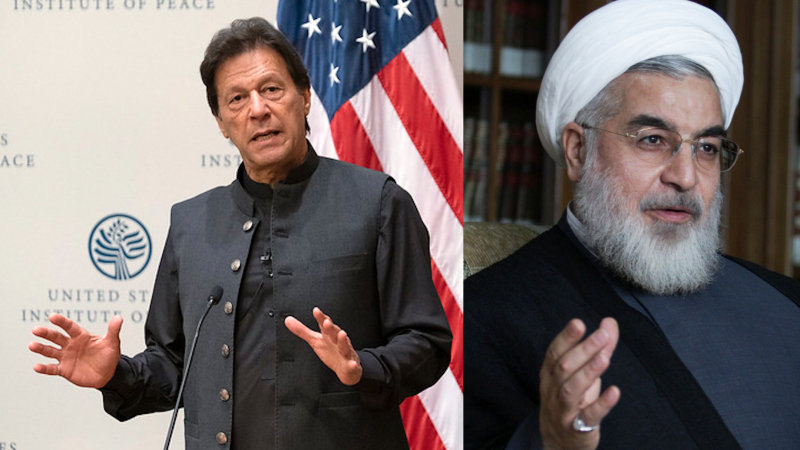 Tensions between Saudi Arabia and Iran — both bitter regional foes — escalated recently after Saudi oil facilities were attacked last month, dramatically impacting the kingdom’s oil output and causing oil prices to spike globally. Yemen’s Houthi rebels, that have been at war with a variety of Yemeni groups backed by a Saudi Arabia-led military alliance since 2015 and are alleged to be backed by Iran and North Korea, claimed responsibility for the attack.

Iran has denied involvement and warned of “total war” in the event of an attack on its territory. Pakistan, which has generally maintained very close ties with Saudi Arabia (and has drifted away from Iran over the years) is now trying to step up to ease tensions between the arch-rivals, despite staying officially neutral in this regional rivalry.

“Pakistan attaches high importance to bilateral ties with Iran,” Khan stated according to a press statement. “Pakistan is willing to play its role towards strengthening peace and stability in the region.”

Imran Khan has often stated that he wants Pakistan to become a relevant and responsible actor on the regional and global stage and has previously also been requested to serve as a broker between US and Afghanistan as well as US-Iran.

Facing multiple crises at home, PM Khan – like many previous leaders from all over the world – would love to achieve a triumph on the international scene. Failing that, he would love to be seen as a power broker and a substantial global figure, even if his current mediation efforts fail to bear fruit.

Hathaway, adds that it is difficult to imagine how Khan could broker a settlement that would satisfy the political, security and domestic needs of both Iran and Saudi Arabia.

Just In: Meeting between Prime Minister Imran Khan and Custodian of the Two Holy Mosques His Majesty King Salman bin Abdulaziz Al-Saud has started – This as Pakistan PM tries to mediate and facilitate direct talks between Iran and Saudia after visiting Iran – Pak at Center Stage! https://t.co/AtXmtBEG0B pic.twitter.com/MQmAtk37r2

Khan must take care not to alienate the Saudis, given his dependence on Saudi favour. This will limit his ability to act as a genuine ‘honest broker’. Iran will not trust him and Saudi will resent any attempt by Khan to act as a neutral.

Ties between Iran and Pakistan have been rooted in mutual mistrust in recent years for a number of reasons. Both countries have been accusing each other of supporting separatist movements against the country in the province of Baluchistan, which is demarcated between the two country’s state borders.

And with Raheel Sharif, Pakistan's ex-army chief, now heading the Saudi-led military alliance against the Shiite Houthis in Yemen, has made Iran wary of Pakistan and made Khan’s task more difficult.

And while Pakistan cannot distance itself from Saudi Arabia nor undo decades of military cooperation between the two Sunni-majority states, Hathaway adds that Khan can also “not afford to lean too far in Saudi Arabia's direction” in this possibly escalating conflict. He states:

Pakistan’s relations with Iran are already troubled. The last thing Khan (or Pakistan) needs is heightened tensions with Tehran.

Despite these potential impacts of escalating tensions between Iran and Saudi Arabia, many Pakistani analysts, as well as civil society members, do not support Khan’s involvement in Iran-Saudi tensions.

Both Saudi Arabia and Iran will be looking out for the best interests and Pakistan should do the same. And that means not getting actively involved in the conflict and maintaining good relationships with both countries.

Iran, however, despite being aware of Pakistan's cooperation with Saudi Arabia, has welcomed Pakistan’s gesture. Akhtar states that Iran will want to maintain “for the very least, neutral” relations with its neighbouring countries, despite its concerns.

Iranian President Hassan Rouhani also visited Pakistan in March in an attempt to convince its government to remain neutral in the conflict.

President Rouhani during a meeting with Pakistani President Aref Alavi on the sidelines of the NAM summit in Baku: #Iran & Pakistan have good capacity to expand cooperation. Iran expands cooperation with regional countries & It has made #Pakistan a top priority in its policies. pic.twitter.com/74S3vXq9z8

At a joint press conference after talks between the two countries in October 2019, Rouhani stated that the gesture for peace was welcomed.

Iran sees #Pakistan as a neighboring brother. With this unprecedented opportunity, the relations of the two countries should be better than what they currently are. Security of the borders should be enhanced, and suspended projects like the gas pipeline should be completed.