"Living in this city is literally impossible. #SaansLenayDo" 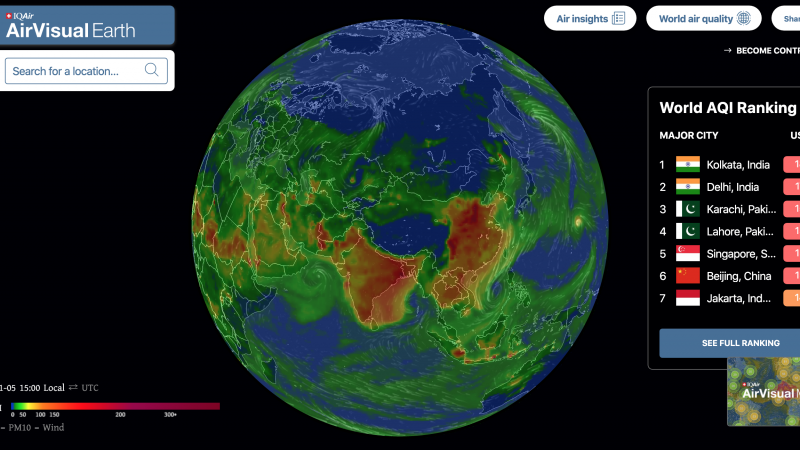 In the first week of November 2019, several South Asian cities struggled with air pollution and smog, according to a real-time air quality ranking report by IQ Air Visual. The smog is generally caused by smoke from brick kilns and factories, farmers burning crop stubble, vehicle exhaust, and waste burning.

On November 1, Delhi, India became the most polluted city in the world with an Air Quality Index (AQI) rate of 529. Lahore, Pakistan’s second-largest city, didn't trail so far behind with an AQI of 300. The news updates of smog and air pollution from Lahore made the rounds on news websites and social media. #LahoreSmog became a trending topic on Pakistani Twitter for a week.

Driving into the smoke chamber that is Central Lahore.#LahoreSmog pic.twitter.com/uYHKDkzuQj

actually feel like at this point i’ll be dead in a few years (Allah na karay) considering how terrible the air is in lahore. living in this city is literally impossible. #SaansLenayDo

The smog situation has been a recurring issue in the past decade and poses severe health threats to the population. It has become such an issue that it has been named the Indian Ocean brown cloud, or Asian brown cloud, which describes the layer of air pollution that recurrently covers parts of South Asia, especially in the northern Indian Ocean, India, and Pakistan.

The Air Quality Index runs from 0 to 500, where 0 is the lowest measure of air pollution and 500 is the highest level. Any reading between 0 and 50 is an indicator of good air quality while anything above 300 is deemed hazardous. 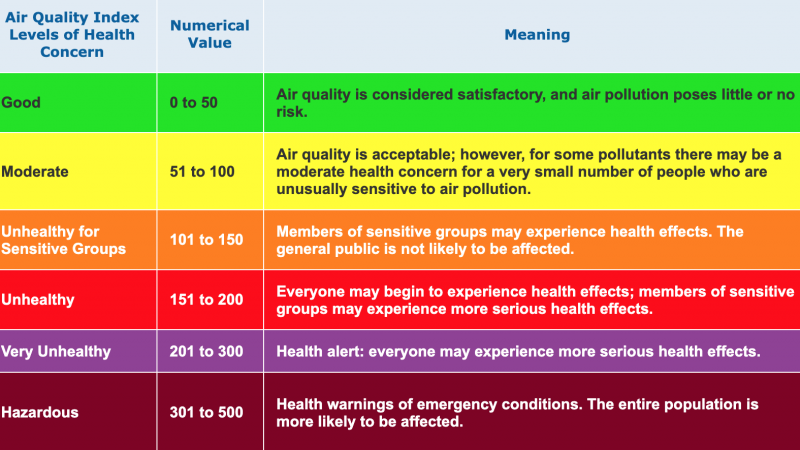 The Pakistani government uses the Met Department and SPARCO’s meter.

Amnesty International, along with other international players, has declared a health emergency in Punjab province of Pakistan. It reported:

Prolonged or heavy exposure to hazardous air can result in severe health issues including asthma, lung damage, bronchial infections and heart problems, and shortened life expectancy – putting at risk people’s rights to life and to health, as well as the right to a healthy environment.

Abid Omar at TEDxLahore digs deep into the air pollution of Lahore, revealing that bad air quality is a problem almost all year round.

Studies show that the poor and the lower middle class bear the brunt of the smog's hazardous impacts as they have to work out in the fields and in the open. They also shoulder the most severe consequences, both economically and health-wise.

However, Malik Amin Aslam, the Pakistani Prime Minister’s advisor on the environment, rejected the AQI readings of the international monitors: “The air quality index (AQI) of Lahore was much better than that of New Delhi.”

Pakistan’s Minister of Climate Change Zartaj Gul even mentioned that the Azadi March led by Pakistan’s politician Maulana Fazlur Rehman was the top source of smog in Lahore and has negated the ratings of international organizations.

“The influx of cars and vehicles coming to the city is the major reason of smog in Lahore”, she said in an interview with media.

Social media users clapped back hard at the politicians and the State, accusing them of downplaying the impact of environmental degradation and climate emergency.

Social media activists, civil society members, and environmentalists have started campaigning against what they see as the Punjab government’s negligence with the campaign #SaansLenayDo (#Let us breathe). Some are also calling out corporations and demanding they cease their operations.

Who has a vested interest? People/kids with asthma, bronchitis, vulnerable lungs? The elderly? People who will see healthcare costs soar? This is absolutely disgraceful behavior. No place for this in a representative democracy. #Lahore #Smog #LahoreSmog #AirQuality #SaansLenayDo https://t.co/IiRbgde086

These monitors set up by @PSCAsafecities in Lhr should counter false info being peddled by some ministers abt the #LahoreSmog We're breathing #ToxicAir in #Lahore #Faisalabad #Islamabad #Karachi & other cities. Demand the govt. to declare this a public emergency! #SaansLenayDo https://t.co/z2zG4tgVyh

The visibility of air pollution depends on the composition of the particulate matter in the air at any given time.

Karachi's air quality – despite the resumption of our sea breeze – is still fairly atrocious, as these readings from various times today show. pic.twitter.com/QXSz4WOlMR

While most people are tweeting and expressing concern over the grave situation, some are trying to find ways to mitigate the risks.

Since most pharmacies in Lahore are out of masks, you can order them from @darazpk Just make sure it’s a N95 mask. #Smog pic.twitter.com/fNMc3LrhNe

How we might be able to get out of this mess from @third_pole#SaansLenayDohttps://t.co/OAgMdnn9eI

A petition, created by environmentalists, scientists, and medical professionals, is floating around on the internet demanding the government to take corrective action.

There are well over a thousand signatures on the petition of medical professionals, scientists and researchers, started by our public health and smog subcommittee.

A group of children have filed a petition in Lahore High Court on November 5, 2019, demanding truth and pressing the government to share the severity of the situation.

Children filed a petition in the Lahore High Court asking the govt to tell the truth about the severity of air pollution in Lahore. The EPA and AG have been summoned for next Tuesday for a response. pic.twitter.com/h5UKxxe8t1

Many Pakistanis are wondering when the Pakistani government will realize the magnitude of the degradation of air quality in Pakistani megacities and take steps to solve it.