Will collective farming by artists save one of Manila's remaining urban fields? 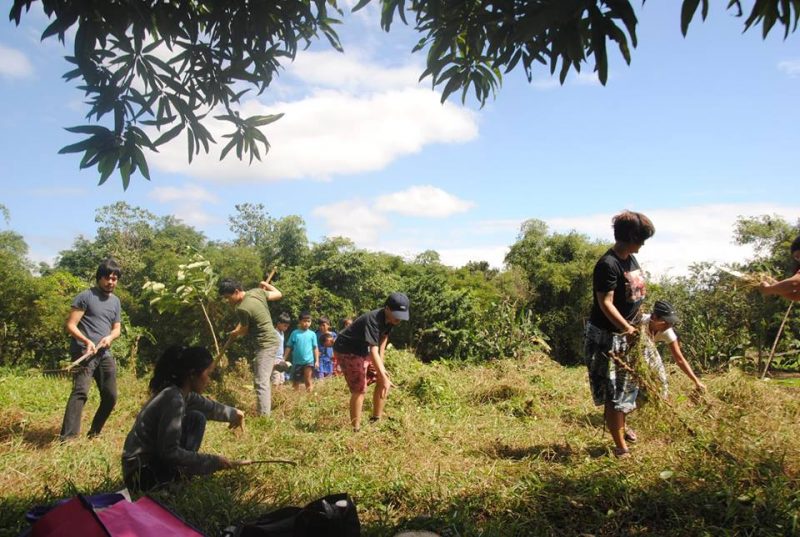 In the Philippines, a group of artists and volunteers have turned themselves into farmers to cultivate a piece of land situated in the heart of the larger metropolitan area of Manila as part of a campaign to prevent evictions of land tillers. The group, which belongs to the Alliance for Genuine Agrarian Reform and Rural Development, an organization known locally as SAKA, advocates for peasant rights in the Philippines.

In an interview with this author, SAKA leader Angelo Suarez explained what motivated the group to organize what is called a a bungkalan, a collective land cultivation in Quezon City, one of the sixteen cities making up Metro Manila whose total population reached nearly 13 million in the last 2015 census.

As peasant advocates who advance agroecology, we wanted to participate in agricultural production.

In the spirit of bungkalan, we thought this was a great chance to start participating in production and learning the rudiments of both organic agroecology and organizing a community for the assertion of people’s rights.

Suarez related the complicated history of this specific piece of land: initially used as farming land, it was grabbed from peasant communities in the 1930s to become a territory of the newly established Quezon City. Its status changed again in the 1950s when it was donated by the government to the University of the Philippines Diliman (UP), the country's premier state university.

The land then remained underdeveloped over the next five decades despite the rapid urbanization of Quezon City. In the mid-2000s, the local peasant community successfully petitioned the government to put the land under the coverage of the agrarian reform program but UP contested this notice of coverage by ‘colluding’ with the Quezon City local government in rejecting the terrain’s agricultural classification. Indeed UP plans to build a parking lot in the community.

Yet Suarez is adamant the land should be considered as an agricultural area, as he explained:

It is a bit strange that a farmland can exist in what appears to be a highly industrialized city. But given the reality of uneven development, there does exist a large farmland in Quezon City that resembles nothing of its urban surroundings. Sure, it’s not agricultural on paper—but all it takes is a quick visit to the actual site to determine there’s nothing industrialized about this part of Quezon City at all. In fact, it is so bereft of industrialization that much of the work carried out on the farm is done by hand. The farmers cannot even afford the fuel needed by their rusty old hand tractor to make it work. Even threshing unhusked rice is done manually. What SAKA does is help maintain—and eventually prove—the agricultural status of this farmland by keeping it productive.

Suarez said SAKA started working in the area in early 2019.

We sought permission from the local peasant community to let us till the few square meters they had left unkempt for its difficulty to till. We worked the land for months, till it’s finally able to yield eggplant, okra, pechay [a form of cabbage] , string beans, and other vegetables. We are yet to devise a more efficient system for portioning out the produce among those who’ve worked on it, but for a good span of time all produce was for anybody’s taking: primarily the resident farming community, then the SAKA volunteers who’ve worked on it.

But the group now faces a series of challenges:

The first challenge is the fact that, being artists, literally none of us is a farming expert. Once in a while we get volunteers who have experience in urban gardening and amateur organic farming—but this land is the real deal, we’re practically starting from scratch on actual agricultural land.

Another setback is our lack of experience in organizing. Many of us in SAKA are new activists, and while we are guided by seasoned peasant organizers, many of them spend more time in the countryside where most of our peasant communities are.

Suarez reported how a series of rains flooded SAKA’s little portion of the farm, thus they started digging a makeshift canal system to get rid of excess rainwater. This project has become their number one priority and will remain so in the next few months:

We’ve been digging canals to jumpstart another massive till; the makeshift trenches we’re making should prevent another flooding from killing our crops. Ka Toto, one of the resident farmers and an active member of Anakpawis (Toiling Masses) partylist group, reminds us that the last quarter of the year is a great time to plant, a season conducive to growth. So we have to work double-time in gathering volunteers to join us. To do this, we have been actively campaigning in different forums, talking about bungkalan as a nation-wide mass movement that plays a significant role in the peasant struggle, as well as about bungkalan itself as an urgent intervention in UP’s forthcoming eviction of resident peasants.

It is unclear if the law signed by Philippine President Rodrigo Duterte on August 2019 allowing UP to sell portions of the farming land to the Quezon City government would resolve the dispute. But initiatives like the bungkalan organized by SAKA are helpful in raising awareness about the need to preserve this farmland in the center of Quezon City, and to resist the eviction threat against residents in the community.

Below are more photos from SAKA’s bungkalan activities: 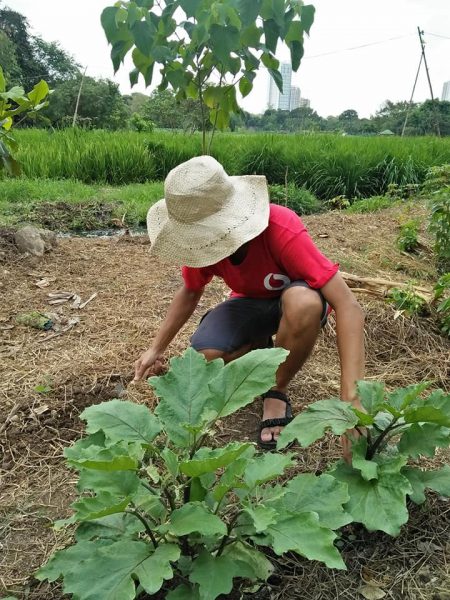 Farming in the city with a high-rise in the background. Source: Facebook, used with permission 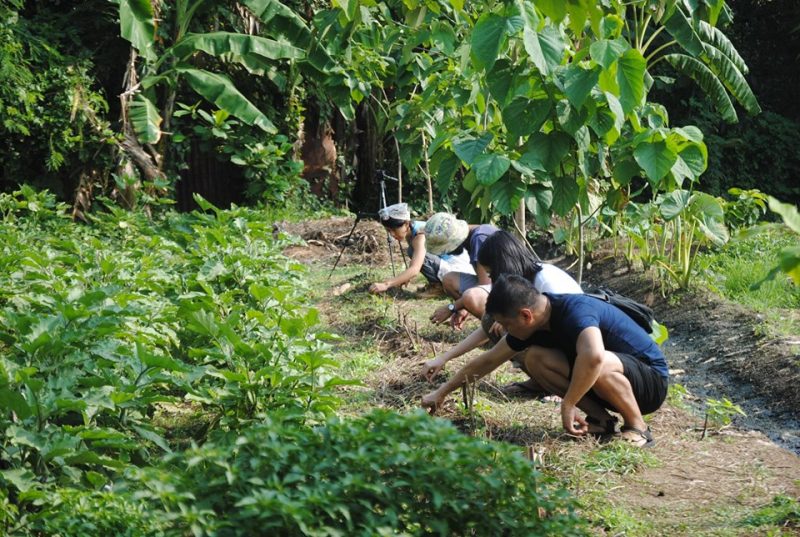 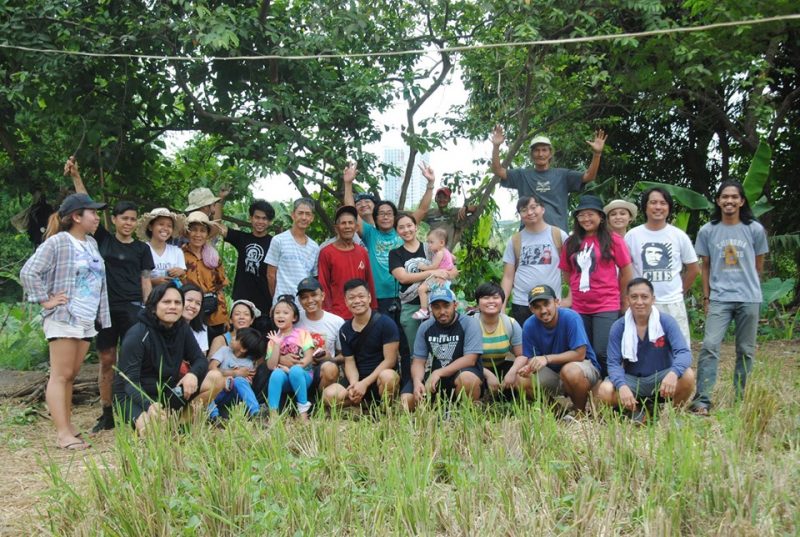