‘Everybody is looking for authenticity': A conversation with South African artist Siwa Mgoboza

Siwa Mgoboza, 26, a South African native and a multidisciplinary visual artist, is one of the most dynamic  emerging artists on the African art scene.

Siwa grew up in Peru and Poland, returning to South Africa at the age of 18 to pursue a Fine Arts degree at the Michaelis School of Fine Art in Cape Town, where he majored in painting. He graduated in 2015 and has been working as an artist ever since.

Siwa’s works have been presented regularly in art fairs and galleries, including the 1-54 African Contemporary Art Fair in Morocco, Paris’ Loft Gallery, and galleries in London and New York.

In an interview with Global Voices, he discussed the use of Shweshwe (a printed, dyed cotton fabric widely used for traditional South African clothing) in his recent body of work, his relationship with art school, and working as an artist in South Africa. 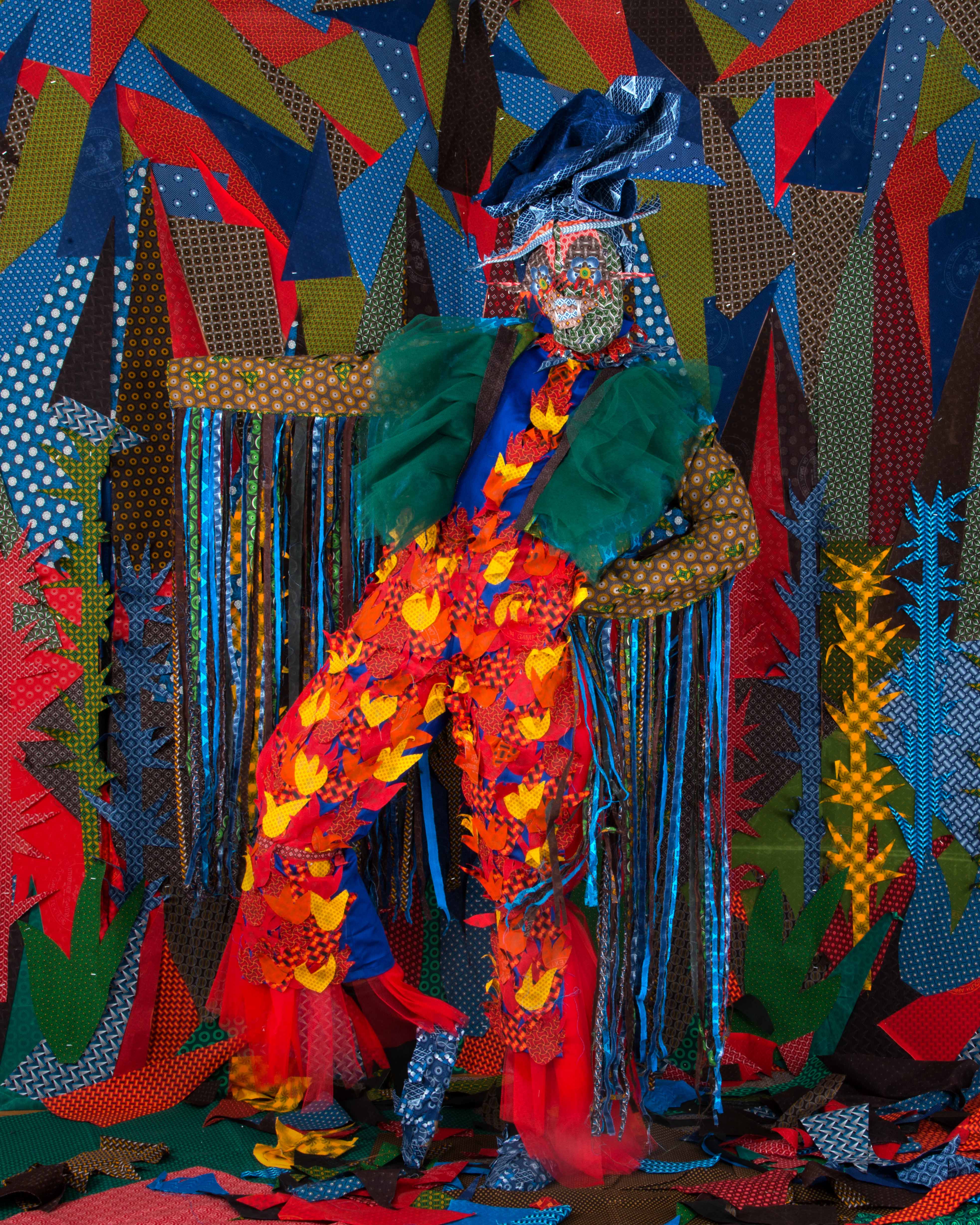 Omid Memarian:  What’s your thought process in working with Shweshwe?

Siwa Mgoboza: The reason I started working with textiles was that I wanted to do something that felt authentic, realistic, and personal to me. I started looking towards myself, my culture, and this is something I wasn’t really exposed to growing up overseas. I came back to South Africa when I was 18. I had no idea what it truly meant to be black or an African, and to add to the complexity, being gay in Africa. The work started to feel imaginary, a space where I could exist peacefully.

South Africa is advertised as a country that is united in its diversity, but actually we’re not. There was  much fighting, divisions. So it became a way to start talking about the things that I was experiencing on a daily basis without making it seem sad. What I particularly enjoy about the work is the way people relate to it with fondness and celebration.

OM:  Your artworks are very imaginative, interpretive, colorful and very different than what you were trained to do at art school. What inspired to choose your current artistic path? And how did your education contribute to it?

SM: I’m inspired by other artists. I had lectures pushing me in different directions. I had peers who were helping me. So, for me, it became a way to start negotiating exactly what it meant to be me.

The school was disappointing. I was thinking, because I was studying in a school in Africa, that I’d be taught African art history and about artists on the continent, but it was not that at all.  It was instead the same stuff that I was taught overseas: learning about the Western artists. I don’t know if you’ve heard of the movement called FeesMustFall. That’s the movement that began in South Africa which essentially was about the curriculum and how we were taught. So that, for me, began a need to study and start investigating outside of the school and starting to read on my own, independently, to essentially decolonize myself as well in terms of what we were being taught. Because I wasn’t being taught a particularly African curriculum. In my final year, when I get to work on a specific body of work, I dedicated my entire time to making sure that I questioned everything that I was being taught. 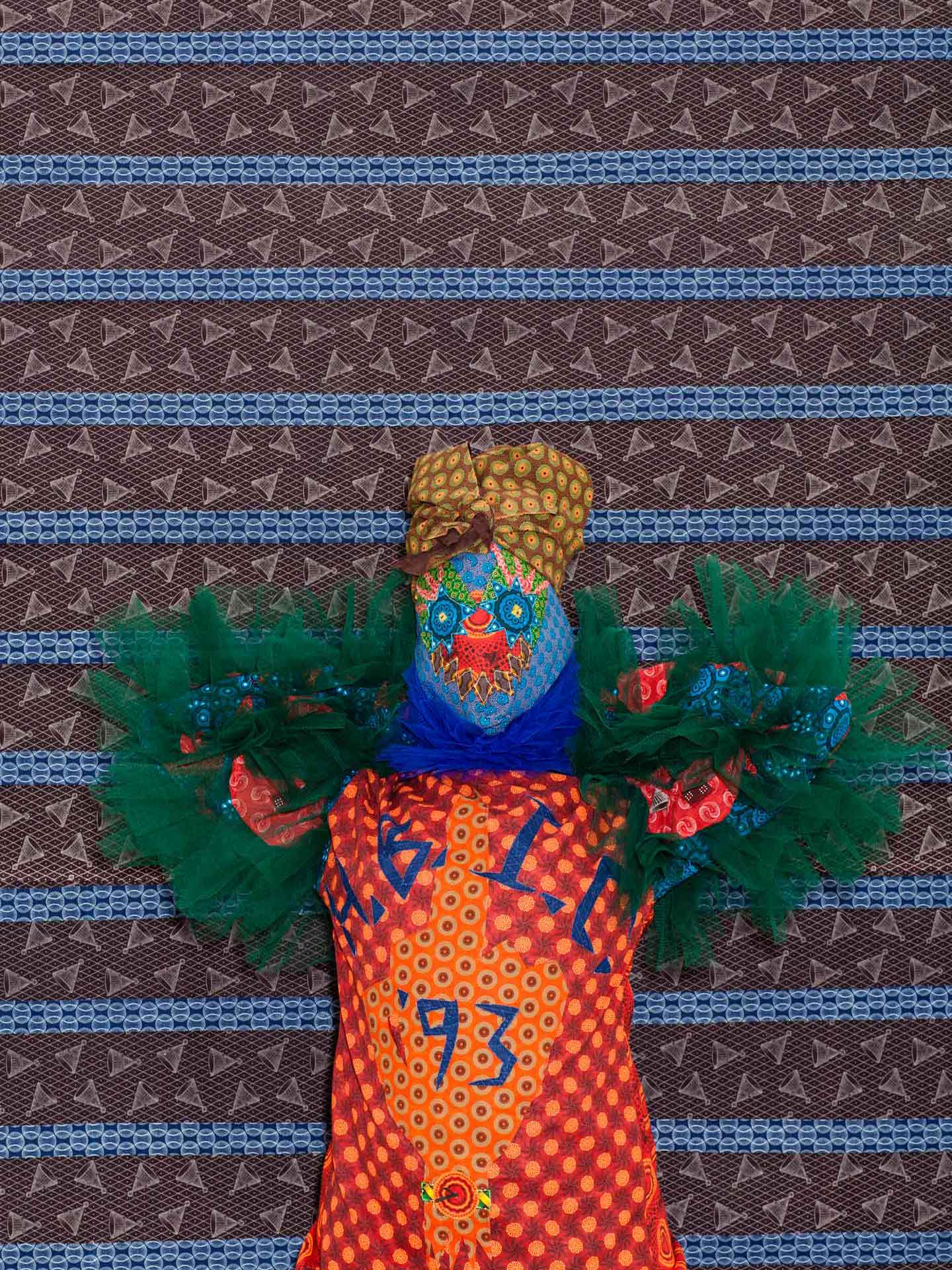 OM:  How have your challenges with your art school’s curriculum and the lack of representation been reflected in your work?

SM: First of all, I work with African references, but I use Western references as well because people know those works and they’re instantly recognizable and iconic and actually it allows me to add another layer of significance to these particular works, and make the work universal. That’s why the work feels so tense. It’s almost like collaging. So I’m trying to take all these different things that I have with me, put them together, and share a story.

OM:  What role does optimism play in your work?

SM:  Well, you need the optimism because otherwise I’d be depressed the whole time. I’d never be able to get on trains and be able to come and engage with people like you. To choose to look at the positive is, in itself, a form of resistance. My generation in South Africa now has decided to take it upon themselves to change things in our lifetime. We want to see spaces that are inclusive and that are actually united in the diversity that South Africa is speaking about.

OM:  There has been serious paid attention to African art in the past few years. How do you view that?

SM:  It’s great, because the craft is there, the skill is there, the quality of the work is there. It was just that our work was considered less, and galleries weren’t looking to Africa as the next exciting space for art. In t recent years we have been trying to establish an identity, not just in Africa as Africans, but everyone around the world is suddenly now looking for that authenticity. 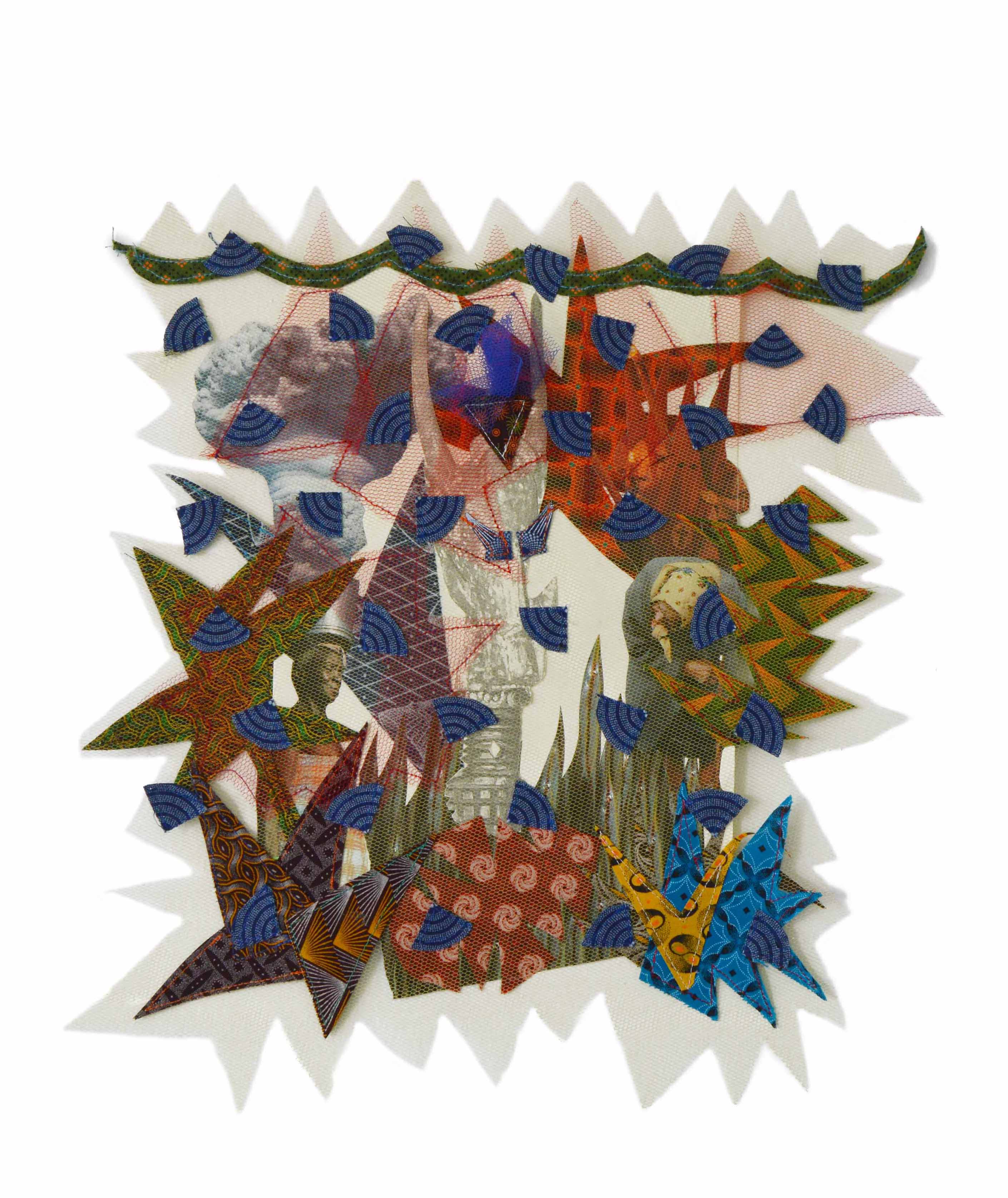 OM: Do you think this burgeoning of African art has always been there and has just been discovered, or is there is a renaissance, an explosion of African expression that we are seeing now that we haven’t seen before?

SM:  I think it’s, it’s a little bit of both. They feed into each other. Artists like El Anatsui, who have been working for decades. And to give you an example of a South African artist, like William Kentridge, who I believe has been working around the same time, but their success levels are very different. Kentridge is revered and it probably has something to do with the fact that he’s a white male, and that itself has its own privilege that opened spaces for him that wouldn’t for a black artist. And they’re the younger artists who have been producing art in the last 20 years, especially around when apartheid started ending in South Africa and freedom of expression became more widely accepted. Then people started to be like, “I am going to express what is actually happening in South Africa and I don’t care what happens, because we have the constitution now which protects me, which says I have the right to freedom of speech and I can express myself in the form of artwork that isn’t harming the society or the people around me.”

OM: It seems that we're seeing similar forms appearing in the African art we see in recent art fairs  in Europe and the U.S., such as photographing a person with an exotic background. Is that inspiration or copying?

SM:  Well, inspired, yes, and influenced, because I think no one makes work in a vacuum. That’s why you can always relate it to something.  That’s the beautiful thing about art history; you can chronologically go back and look at a history just in terms of like where visuals and everything {are} depicted. It’s influence. It’s sharing ideas. It’s because of all of the differences and the commonalities that we are all going through in this world. Sometimes, there is a confusion and people say, oh, everything in Africa is the same, because there seems to be a single narrative that the whole world has.

Chimamanda Ngozi Adichie, the Nigerian writer, speaks about the danger of “a single story”. So, if you see one thing and were taught one thing your whole life, it becomes your reality. You start to believe. You can’t imagine anything else, and that’s the problem that the world has with Africa. Because they only see one.