The threats to press freedom and citizens' right to know 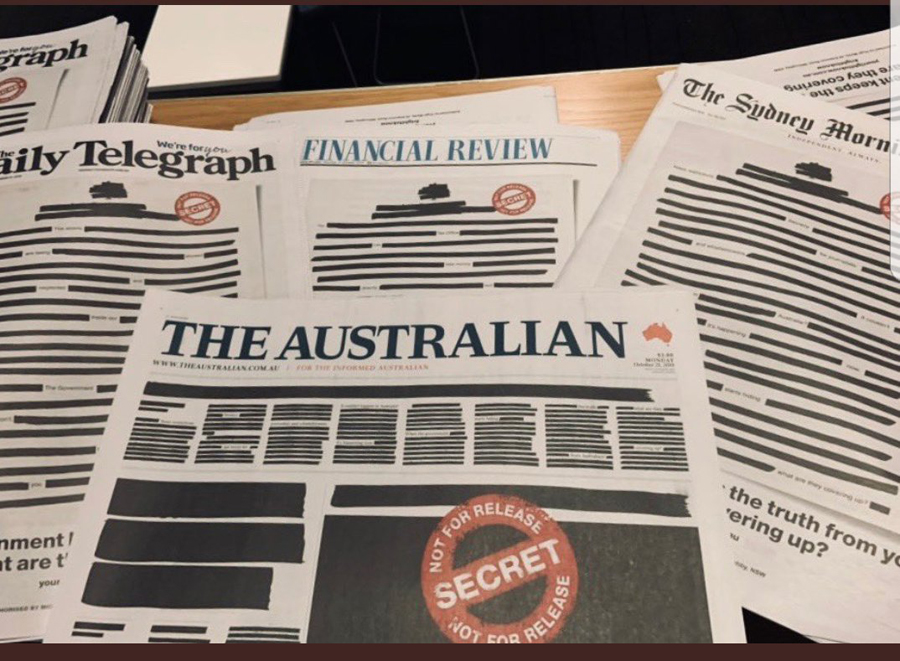 The Your Right to Know campaign launched by the major Australian mainstream media organisations on 21 October 2019 has brought about mixed reactions. These range from broad community support to denial by government ministers and senior public servants. It has also faced some predictable cynicism on social media.

The issue of press freedom had reached a crisis point in June with raids by the Australian Federal Police (AFP) on members of two of the country's largest media organisations, namely the ABC and News Corp.

Australia has no bill of rights or constitutional provisions guaranteeing freedom of speech or a free press. The High Court recently recognised a narrow implied freedom of communication on governmental and political matters.

Media freedom is under threat in Australia: from the failure to stand up for #Assange, to police raids on @abcnews, to our failing #FOI system. Delighted to contribute to @smh on why reform is so needed to mark the #righttoknow campaign launch: https://t.co/gGznQZoZAM #auspol pic.twitter.com/zKBrpSZXg5

The federal government’s response to earlier criticisms was to refer the question of press freedom to an inquiry by the Parliamentary Joint Committee on Intelligence and Security (PJCIS), which has been holding public hearings.

The government’s responses to the #RighttoKnow campaign either downplay concerns or attack the media's demands:

Today in Estimates Minister Reynolds refused to acknowledge there is any problem with #pressfreedom in Australia, instead arguing that the fact journalists are talking about it means there is no problem. #Auspol #Estimates pic.twitter.com/ftvXd61mJR

The Estimates Committee is a permanent committee of the Australian Senate, which regularly questions ministers and public servants about government business and administration.

Prime Minister Scott Morrison accused the media of wanting to be “above the law”, a claim they quickly refuted.

We are not seeking anything like the ‘blanket exemption’ that some have claimed. We are asking for common sense changes to laws so that, like politicians, the unique role journalists have in serving society is acknowledged.

In an interview with ABC Radio National’s Hamish Macdonald, senior News Corp executive and campaign spokesperson, Campbell Reid, called out the government for deliberate “misinformation”. He argued that the media have not sought blanket exemption. He also brought up what he sees as a “creeping culture of secrecy” such as an increasing number of court suppression orders and ineffective freedom of information processes. The full audio is available here.

Independent journalist and blogger William Summers echoed a common belief about the difficulty of accessing freedom of information procedures:

#FOI is really important for democracy yet hard going for journos & researchers who often spend more time chasing them up than reporting on them.

Remember, this is all info undertaken on our behalf by people who work for us!! #rightoknow

However, many on social media have little sympathy for News Corp or its proprietor Rupert Murdoch. They publish Australia's only national daily paper The Australian as well as several State and regional papers and Sky News Australia on subscription television. Accusations of hypocrisy include lack of objectivity and professionalism, misinformation and unprincipled journalism. Many tweets were scathing:

I would like to support the #righttoknow campaign, but I’m finding that difficult when it is headquartered at News Corp, same organisation who doesn’t think public has a right to know about Liberal govt corruption and scandal, hidden for political gain. Sorry, trust is earned.

At least Australians are not being misled about any crap this morning ?

Honestly, I really wish I was not so cynical about this #RightToKnow campaign, in theory, I agree with it, but… these big players have used their ‘freedom of press’ to actively ‘misinform’ public ? https://t.co/q95EZKTJrP

This sums up the fundamental problem with News Ltd taking the high moral ground. Quid pro quo for Right to Know should be a binding code of media ethics. #rightoknow https://t.co/Pw6NvY1ET2

A longstanding member of the Canberra Press Gallery, Paul Bongiorno, was also critical of his media colleagues for their lack of criticism of many of the new laws:

After mostly cheerleading the 75 or so increasingly more draconian national security laws introduced over the past 18 years, they now realise they have unwittingly encouraged an erosion of their freedom to report, inform and hold government to account.

In a positive move, the new Australian Federal Police Commissioner, Reece Kershaw, announced a review into how his organisation investigates leaks and related “sensitive” matters. It will not be an examination of the two raids but will be more “holistic”.

However, some netizens will take a lot of convincing:

The ordinary Police do an excellent job, by and large. (Apart from the odd one or two). However the AFP seem to have become the government’s private goon squad.

Whilst there is public support for the campaign, many who agree with its aims have misgivings:

I am troubled by the framing of this piece about #RightToKnow campaign https://t.co/DRm3Hy1o73
People don't like journalists, almost as much as they dislike politicians. The piece seems centred on the plight of journalists.

Meanwhile, the self-styled “chief tax collector”, Chris Jordan, has enflamed the debate about whistleblowers during a Senate Estimates Committee hearing with claims that two of their employees were not sacked for blowing the whistle on the Australian Tax Office. He has been accused of abusing parliamentary privilege:

There is no doubt that the recommendations of the PJCIS freedom of the press review and any subsequent legislation will be carefully scrutinised especially on social media.