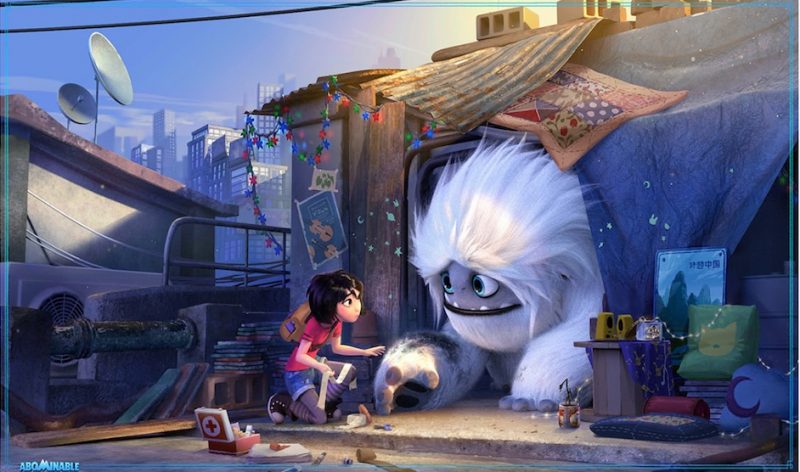 DreamWorks’ animated feature, ‘Abominable’, has been banned in Vietnam, Malaysia, and the Philippines for depicting China’s ‘nine-dash line’ policy in the film.

‘Abominable’ tells the story of a Chinese teen who discovered a Yeti (mythical snowman living in the Himalayas) in her family house and enlists the help of her friends to bring the creature back to Mount Everest. The film was jointly produced by Shanghai-based Pearl Studio and Hollywood company DreamWorks Animation.

China’s ‘nine-dash line’ policy outlines its claim over several islands in the South China Sea which are also being contested by many countries in Southeast Asia. Protests have erupted in Vietnam and the Philippines over China’s ‘unilateral’ claim over the disputed seas. The governments of these two countries have also accused China of violating their maritime territories.

‘Abominable’ was marketed as ‘Everest: The Little Yeti’ in Vietnam and it was screened in early October before it was pulled out from theaters following intense public backlash over the controversial scene in the film.

He also suggested to censor the scene, insert a government advisory about the cut, and call for a boycott of DreamWorks instead of banning the film.

Sure but I think failure to react may be seen as a kind of submission on the diplomatic level. But our reaction must be mininally invasive of free speech concerns: cut out offending scene & interject grainy film of ugly face of boring public official explaining why. https://t.co/PbEUHeoERP

OF COURSE THEY SHOULD CUT OUT THE OFFENDING SCENE WHICH WILL SHOW OUR DISPLEASURE BETTER THAN IF WE UNCONSTITUTIONALLY BAN IT AS SOME SUGGEST. DO CUT OUT CRUDELY. MAYBE INTERJECT MTRCB HEAD IN CUT OUT SCENE WITH A HECTORING LECTURE. THEN CARTOON GOES ON. https://t.co/NWoEydnqJJ

The government’s Movie and Television Review and Classification Board eventually decided to pull the film from the theaters.

Malaysia’s censorship board ordered DreamWorks to cut the scene but this was refused and led to a decision not to show the movie in the country, which was previously scheduled for release on 7 November.

Many netizens in the three countries said they are supporting the decision to either censor the film or block its screening.

But some also wrote that it’s better to engage moviegoers and artists in China and inform them about why the ‘nine-dash line’ policy should be reviewed. This is the same argument of Filipino newspaper columnist Tyrone Velez, who wrote on Facebook:

Abominable is banned for a map that wasn't even their fault.

What if the map with the nine dash line was taught to them by the government?

We have to engage with them, and they are sensible people…They are just being misled.