From camps to prisons: Xinjiang’s next great human rights catastrophe

Victims database shows 89% were sentenced to 5 years or longer 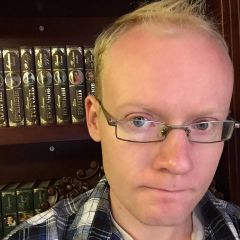 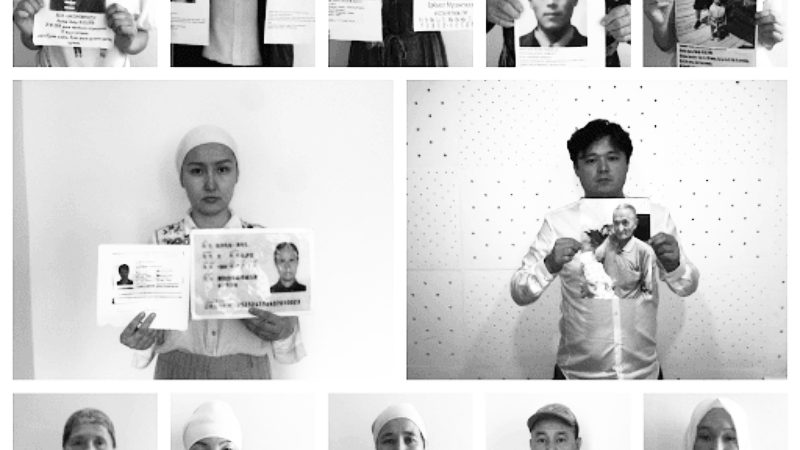 Ethnic Kazakhs from Xinjiang hold up photos of their sentenced relatives.

Just a little over a decade ago, the facility on 1327 Dongzhan Road, a few kilometers north of the forlorn freight station in the northern outskirts of Xinjiang’s Urumqi, was mostly trees and grass. On September 16, 2009, it officially became the new location of the Xinjiang Women’s Prison, a move that came on the heels of the infamous July 5 riots, and it wouldn’t be long before the facility received what would become its first high-profile inmate – the writer, website moderator, and government employee Gulmire Imin, sentenced to life in a closed trial.

Despite continued international attention, Imin saw no concessions in the years that followed, but has instead been joined by other women whose modest biographies are in stark contrast with the gravity of their sentences. One of them, Buzeynep Abdureshit, a 27-year-old whose only possible “crimes” were having studied in Egypt and having a husband abroad, was sentenced to seven years in 2017 for “assembling a crowd to disturb social order”. Then, in the June of this year, the prison became home to Nurzada Zhumaqan and Erlan Qabden – both ethnic Kazakh women in their fifties, both with health issues, and both having committed no identifiable crime. Their prison terms? 20 and 19 years, respectively. 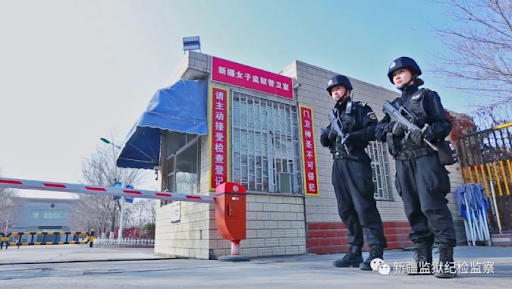 Guards at a registration booth of the women’s prison in Urumqi. (source: “Xinjiang Prison Discipline Inspection and Supervision” WeChat account.)

Their barbarian nature aside, these more recent sentences are particularly worrying as they indicate the likely direction in which the repressions in Xinjiang are now heading. While most of the world’s attention has been focused on the region’s “re-education” camps, the government’s own statistics, some limited reporting, and new evidence presented by victims’ relatives and former detainees in neighboring Kazakhstan all suggest that an incredible number of those detained in 2017 and 2018 are now being given lengthy sentences and transferred to major prisons, such as the one in Urumqi.

For Aibota Zhanibek, the older of Nurzada Zhumaqan’s daughters and now Kazakhstan citizen, the news was especially heartbreaking as it came around the New Year – a time when many in Kazakhstan were learning that their relatives had been let out of camps in the wave of mass releases in late December 2018. While many shared the good news, Zhanibek would learn that her mother had been sentenced to prison on charges later revealed as “using superstition to undermine law enforcement” and “assembling a crowd to disturb social order”. Erlan Qabden, a nurse from another county of the same prefecture as Zhumaqan, was sentenced for “using extremism to undermine law enforcement” and “picking quarrels and provoking trouble”, charges that – according to her relatives in Kazakhstan – stem from her attending a flagraising ceremony with a headscarf on. 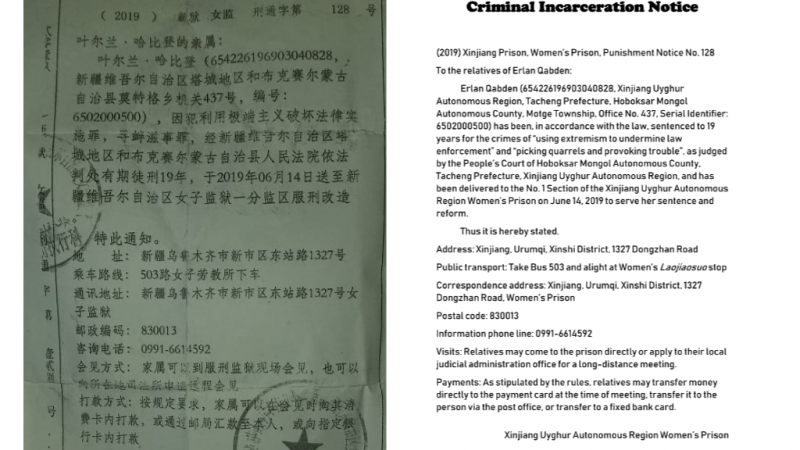 The official incarceration notice for Erlan Qabden (with corresponding English translation by the author).

At the office of the Atajurt Kazakh Human Rights organization in Almaty, where Zhanibek appears weekly to appeal for her mother on camera, the majority of those who come to testify and appeal no longer talk of camps – as was the case a year ago – but of prisons. Though fragmentary and corrupted by hearsay, the information obtained from talking to just a dozen or so of the appealing parties is sufficient to start noticing the trends: the long sentences, the months or even years of pre-trial detention, and the particular targeting of religious men.

A statistical profiling of the victims – sourced from thousands of public video testimonies gathered by Atajurt and parsed by the Xinjiang Victims Database – makes it possible to corroborate some of the qualitative observations in a more quantitative manner. A comparison of victims reported to have received prison sentences with those reported released from camp shows that over 90% of the sentenced are men (cf., 69% of the released), with almost 75% believed to be detained for religious reasons (cf., 27%). An analysis of 311 victims with reported prison terms shows an average sentence of 11.2 years, with 89% of the sentenced given a term of 5 years or longer, while a study of 65 victims detained for 2 months or longer shows that, for these victims, the average pre-sentence detention was approximately 9 months, with over 30% held for a year or longer. 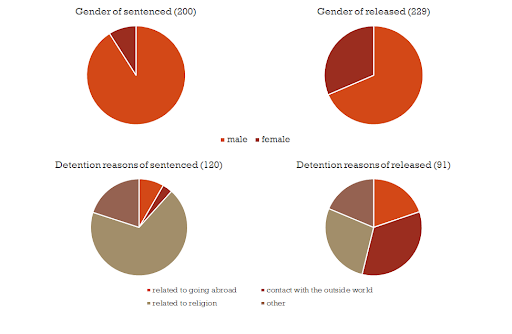 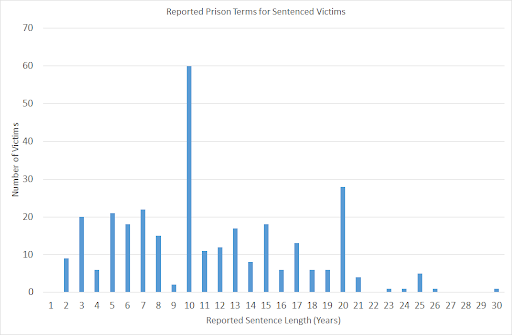 The reported prison terms of victims who have been sentenced in Xinjiang since late 2016. (source: Xinjiang Victims Database, accessed on September 17, 2019) 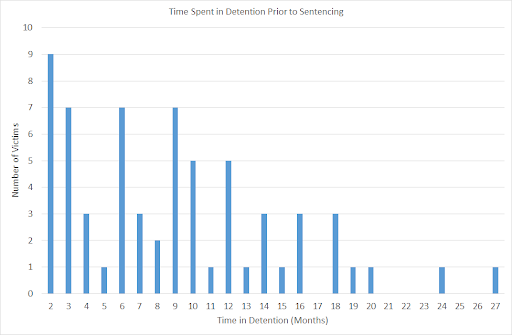 Durations that victims spent in prolonged detention, of 2 months or longer, prior to being sentenced. (source: Xinjiang Victims Database, accessed on September 17, 2019)

Many of the sentenced are believed to be transferred to prisons following a stay in a pre-trial detention center (kanshousuo) – a notoriously abused institution where former detainees have reported extreme mistreatment and horrible living conditions. However, a number of eyewitness accounts give strong reason to believe that those interned extralegally in the region’s “re-education” camps are also being sentenced, while still in the camps. Four Kazakh ex-detainees, having spent the majority of 2018 in camps, all talked of either witnessing or hearing about “open court sessions” inside the “schools”. Two of them, Ergali Ermek and a detainee who – choosing anonymity – will be called “Ruslan”, both said that it was those who were sentenced to 10 years or more that were later bussed off to real prisons. One known case is that of Zhiger Toqai, a student at the Satbayev University in Almaty, whose detention was initially reported by relatives in Kazakhstan and whose sentence was confirmed by Ruslan, his former cellmate at the camp. In a recently published interview, Rahima Senbai recalls an open court where seven women were sentenced for observing iftar. 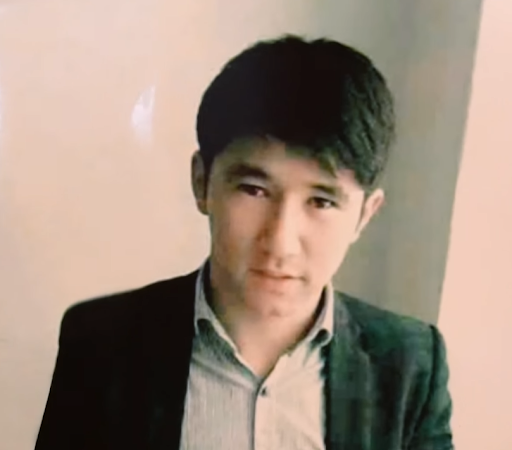 University student Zhiger Toqai, arrested in the summer of 2017, was first sent to a camp, then sentenced to over 10 years in prison in 2018 (as confirmed by both his relatives and those who were in camp with him).

For the ill and elderly, the long prison terms appear tantamount to death sentences, shattering not only the morale of relatives abroad but also all pretenses of a legitimate penal system in Xinjiang. However, inherent in such illegitimacy is also hope, as without a solid foundation and convincing arguments the absurd sentences may be more easily repealed and the inmates released – a phenomenon already noted with the extralegal camps. The stories of Ergali Ermek and Ruslan – both of whom were sentenced but later released anyway – seem to hint at this already, as does the case of Gulbahar Haitiwaji, who was allegedly sentenced to 7 years in December 2018 but allowed to return to France just recently. With sufficient international pressure and condemnation, it is not impossible that even the Xinjiang Women’s Prison see its gates pried open, allowing those like Buzeynep Abdureshit, Nurzada Zhumaqan, and Erlan Qabden to once more enjoy a certain degree of freedom. And perhaps even those like Gulmire Imin.