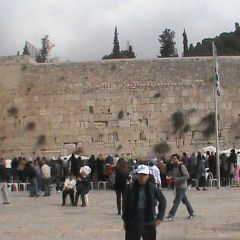 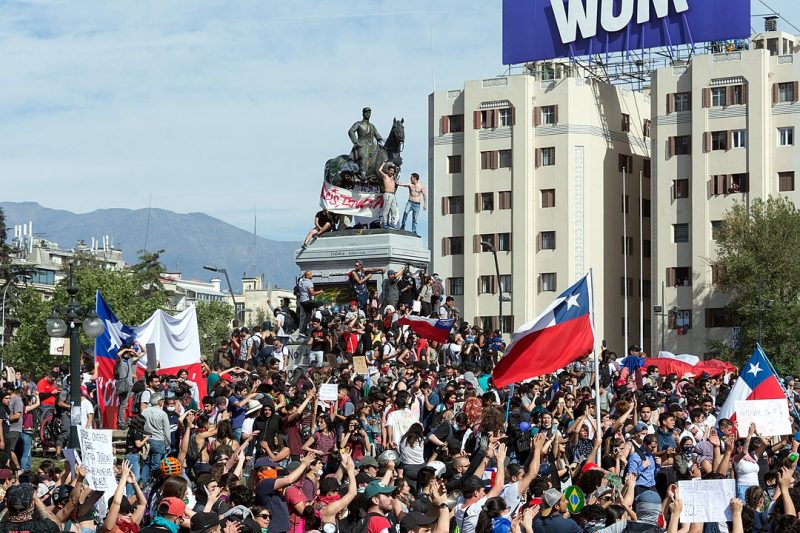 A protest at Plaza Baquedano in Santiago, Chile in October 2019. Photo by Carlos Figueroa via Wikimedia Commons (CC BY-SA 4.0)

In the midst of the turmoil that Chile is currently experiencing with the protests, arson attacks and looting, social networks have played an active role in providing up-to-the-minute information on events that traditional media cannot easily cover. Often, however, the information transmitted through these very networks has proven to be an impediment to the movement toward a definitive solution to the conflict, as users fall into an ideological utilitarianism and the subjectivity that results from it, which has ended up as misinformation.

“Better times”, the slogan adopted by President Sebastián Piñera during the presidential campaign that propelled him for a second time to the La Moneda presidential palace, are far from being realised in the long, narrow strip of territory Chileans know as their country. Since Piñera began his second term as president (the first was from 2010 until 2014) the prospects for his mandate have looked complicated; there’s a sense of gloom and uncertainty about whether he can halt the negative scenario developing with regard to the image a large portion of the citizenry has of him—as an icon of the Chilean right allied to the Pinochet dictatorship which exercised power for 17 years.

In the midst of the chain of events that started with the massive fare-dodging campaign in protest at the increase in the price of metro tickets, Twitter, WhatsApp, Instagram and others have become such essential channels for people needing various kinds of public service information (for example, which bus and subway lines are running, which pharmacies and supermarkets are open, traffic detours, etc.) that they have also ended up creating a climate of radical polarization based on ambiguous information unconfirmed by official media or fact, and not clearly attributed to any particular group or organization.

This last point is where the dialectic of good and evil has reached its peak in worn-out Santiago de Chile—capital and epicenter of the demonstrations and riots—as well as in other major cities where a state of emergency and curfew was imposed.

From the point of view of the radical right, what is happening in Chile is terrorism at its finest, orchestrated by external agents, in which some see the invisible hand of Venezuela’s Nicolás Maduro encouraging the protests from the shadows with the help of local political parties sympathetic to his Bolivarian ideology. In fact, there's a video circulating among Chileans in which Maduro refers to the Sao Paulo Forum, an event attended by certain Chilean leftist parties last July, and in which Maduro says that everything is going “according to plan.” It’s a conspiracy theory that was put forward by the Organization of American States (OAS), and has proven so persisten that even the president's own wife, Cecilia Morel, posted an audio file on WhatsApp which suggested that there were foreign interests seeking to destabilize the country, or even an alien invasion.

The other side of the coin has been the evocation by the most aggressive leftists of the darkest years of the military dictatorship and the horrific crimes of the past. For them, the mere presence of the military evokes tragic memories of human rights violations. The sound of military boots tramping in the streets is an assault on the dignity and humanity of the protestors, a sense of repression that has been fed by numerous multimedia posts offering accounts of the mysterious disappearances of civilians and robberies perpetrated by the police. So great is the fear of the actions of the special forces that there’s been a rumour circulating about a torture center being set up in Baquedano, one of the main stations in Santiago's metro system, that was only recently quashed by the Public Prosecutor.

From the perspective of these two extreme positions, the truth exists only on their own side and the existence of contradictory evidence is an illusion. But despite attempts by both sides to show that they are discerning and exclusive, there is one point on which they concur and which neither disputes: that this moment resembles and evokes memories of the '70s and the last days of Salvador Allende's government, which was brutally overthrown in a military coup in 1973. 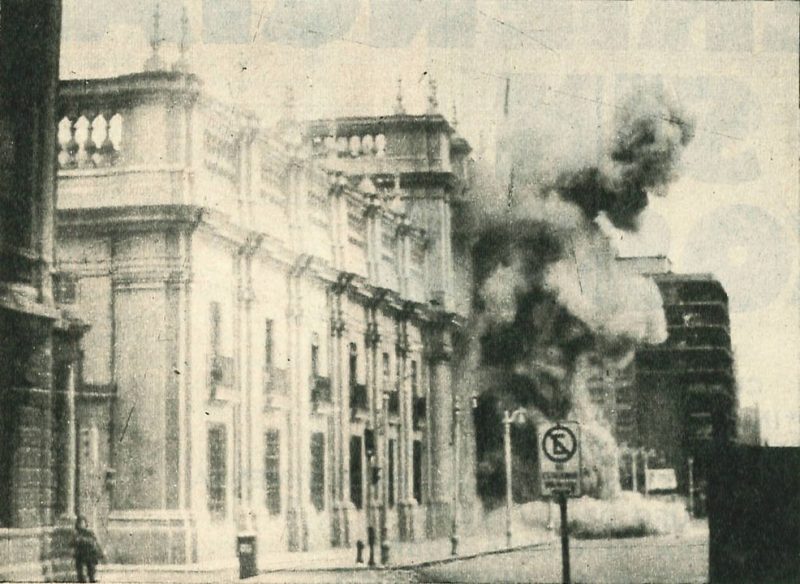 The bombing on September 11, 1973, of La Moneda (presidential palace) in Santiago de Chile during the coup d'etat. Image from the website of Political History of the Library of the Chilean National Congress via Wikimedia Commons (CC BY 3.0 cl)

There have been shouts and proclamations against these methods of order and security recycled from the era of the Popular Unity, the political coalition led by Allende that ruled Chile before the coup d'etat. There has, for instance, been a rumour disseminated through social networks of actions that replicated the truckers’ strike of 1973. Back then, the truckers called for a strike to protest the abuse of toll prices on urban and interurban highways. The rumor caused such a stir that the president of the National Confederation of Cargo Transport, Sergio Pérez, was forced to make a public statement on Twitter to clarify that the rumor was unfounded.

One of the few certainties of this hectic moment in the history of Chile is that the past still touches us—and the end of the road is shrouded in a darkness that obscures the path we need to follow in order to reach it.