Domestic apps' ties to the government is a serious privacy concern 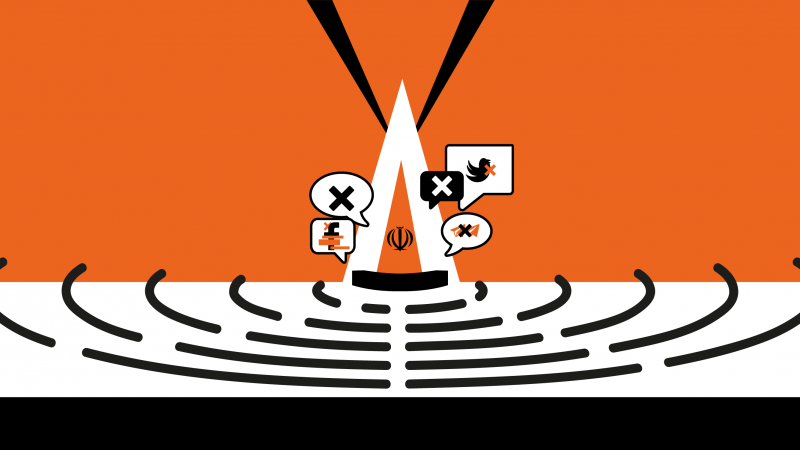 On 9 October, the Iranian judiciary sent a formal letter to telecommunications service providers ordering them to block the Google Play, Google's official app store, “as soon as possible”.

The letter was signed by Javad Javidnia, who serves as both Iran’s Deputy Prosecutor General responsible for Cyberspace, and the Secretary for the Committee for Determining Instances of Criminal Content (CDICC). This move is consistent with the authorities’ strategy to push Iranian internet users to use home-grown Iranian apps and services while limiting the availability of international services.

Since the appointment two years ago of Mohammad-Javad Azari Jahromi as ICT Minister, the drive to complete the country's National Information Network (SHOMA) has been a key government priority. Although part of this project entails the much-needed expansion and improvement of Iran’s internet infrastructure, another key pillar is the rapid localisation —and in essence, nationalisation – of digital content and services.

Practically, Jahromi’s policies seek to drive Iranian internet users to migrate to domestically produced (and domestically hosted) versions of apps and online services. The danger in this is that through a lack of alternatives, Iranian users are being channelled toward local services that are far more vulnerable to government surveillance, censorship and the mishandling of personal data than many globally utilised online services. The decision to block access to Google Play bears the hallmarks of this agenda.

Soroush, a local messaging and social media app, is owned by the Islamic Republic of Iran Broadcasting (IRIB). Iranians can only register their Soroush accounts to their Iranian SIM cards, This represents a threat to users’ privacy since in Iran all SIM cards in Iran must be registered to a national ID and residential address.

Bisphone is another service with ties to the Iranian government.  Research has shown Bisphone data is stored with the Telecommunication Company of Iran, which is known to be partly owned by Iran's Revolutionary Guards.

Despite Jahromi’s promises to introduce clear and comprehensive data protection regulations to mitigate existing privacy shortcomings, the proposed Data Protection and Privacy Bill that was announced in July 2018 is yet to materialise. Jahromi’s rhetoric on digital rights may differ from those of other political elites, which has occasionally led to public disagreements — his ministry, for instance, previously made public statements against filtering and data localisation policies — but the push for the use of domestic apps in Iran continues.

Given the increasing improvement in the relationship between Jahromi and the Iranian Parliament, and the body’s broad acquiescence to many of the rights-infringing policies emanating from the ICT Ministry, it seems possible that a consensus has also emerged in the legislature in support of the localisation agenda. This is a worrying development, as given the lack of any transparent and accountable processes for filtering decisions, elected official have limited opportunity to scrutinise or intervene in major filtering decisions. MPs who claim to support citizens’ rights must start to speak out when incidents such as this occur, and demand accountability.

In sum, the recent order to ban Google Play must be viewed in the context of Iranian authorities’ aggressive push to corral Iranian users into using domestic services and technologies whose data protection protocols are essentially non-existent. The policies designed by the ICT Ministry and the Supreme Council of Cyberspace, and implemented by the Judiciary, critically undermine the safety and privacy of Iranian users by stripping them of the ability to use secure and tested global services.

Iranian users must have the right to choose online tools that can keep their data secure. As long as users are forced to use domestic alternatives, their right to privacy remains in peril.