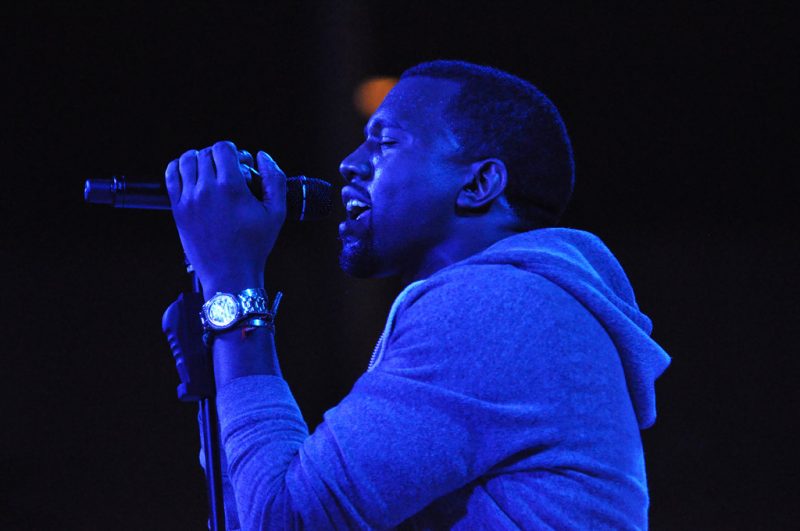 American rapper Kanye West brought his “Sunday Service” pop-up concert to Kingston, Jamaica, at the start of its National Heroes Day holiday weekend (October 19-21, 2019). This was the first time the rapper had taken his huge gospel choir outside the United States, reportedly at the request of a Jamaican member of his staff. However, the event was besieged with criticism from the outset, culminating with West's unapproved use of Jamaican emblems on merchandise being sold on his website.

With just two days’ notice, the free concert took place at Emancipation Park in Kingston, the capital city — a location that jarred some commentators because of controversial comments West had made about slavery during a media interview in May 2018. The park was opened in 2002 in honour of the “full freedom” of 300,000 slaves in Jamaica on August 1, 1838.

That may have been the first bone of contention around the concert, but it was not the last. Even as Culture Minister Olivia “Babsy” Grange responded to early criticism by saying the country was benefitting from the concert, one music promoter felt the show, which was livestreamed on the Sunday Service website, “upstaged” other cultural activities over Heroes Day weekend.

As someone who is no fan of Mr. West but always supportive of anything that boosts my country I tuned in on the live stream and I never turned it off…largely due to the production of the #SundayServiceJa….so you should be well proud of what was a first rate production.

But there was another fly in the ointment. The Sunday Service group all wore T-shirts and baseball caps emblazoned with Jamaica’s national symbols. Soon after the concert, Jamaica-themed merchandise appeared in the Sunday Service online store — provoking immediate concern.

#SundayServiceJa Can't stop laughing so can't stop tweeting Free concert? How many of u idiots will be buyin ugly overpriced clothes w/ur own country's emblem used w/o permission like it's no big deal? Gd thing God turns away no one cuz ppl r selling themselves now for sure.

Another tweeted a common complaint — that Jamaica has a habit of “selling out” its identity to foreigners:

Minister Grange responded quickly, asking for the items to be taken down. She noted:

We neither received a request for nor did we give permission for our national symbols and emblems to be used for a commercial manner or otherwise.

I have since requested that the items be withdrawn and the vendor has agreed to do so.

However, grey areas remain. As the minister confirmed in the second part of her statement, the government’s review of how to manage proper use of national emblems was put on hold when the government changed in 2011 — but now, she says, she has been “granted permission to reestablish the committee and to continue the work”.

The Office of the Prime Minister currently specifies six national symbols that cannot be used without its permission and for which a fee may be charged.

Meanwhile, the mayor of Kingston rejected claims by the opposition People’s National Party that the city’s emblem was misused:

As shown on the @JISNews website… The first image below is the Jamaican Coat of Arms… The Image beside it (credit: @cevancoore) is from the Sunday Service showing the shirt worn by Kanye West and his choir. The crests differ. pic.twitter.com/tQrUdBqVcl

Online discussion about the significance of national symbols was rife:

Wouldn't you say they're not “trademarks” in a legal sense but rather an attempt to manifest our collective identity? That's one of the reasons there's been a debate abt including the Taino in the CoatofArms. I think we get a lot of insight into our history by meditating on them

One lawyer pointed out that the symbols are not actually “trademarks”:

I support GOJ (for doing their job). We aren't allowed to trademark national symbols and so people need permission from OPM for co-branding.

She added that some of the merchandise with symbols was allowed to remain, as those images were not protected:

The coat of arms and the doctor bird hummingbird are protected. The bird which is on a T-shirt on KW's site is not our hummingbird and he can freely use it.

At the end of the show, T-shirts were thrown into the crowd; one concertgoer figured he may have a collector’s item on his hands:

While people still mad, i like my sweater lol #SundayServiceJa pic.twitter.com/gUL3dxpBcx

Word on the street is that there may be a move by [Sunday Service] to seek patent/ownership rights on the Kingston, Jamaica logos as well as […] the fabled streamer-tailed humming bird. I have done a fair amount of online searches for information to corroborate the claim without luck but have come across their online release of merchandise bearing these landmark symbols, which coincided with the concert…

Jamaica’s reality is that successive political administrations have never fully appreciated the economic value of the brand ‘Jamaica’ nor the symbols that [represent] that brand including its flag and its coat of arms […] The same is true for our music and its associated brand marks, Ska, Mento, Rock Steady, Reggae among others.

That Jamaica was blindsided by the release of clothing bearing the island’s important symbols is a classic case of guerilla marketing. Having a concert to promote the line at the historic Emancipation Park provides tacit assent of not only the line of garments by the government and people of Jamaica, but also of the use of the country’s national symbols in their creation.

I have noticed that there is now hurried pushback by the Ministry of Culture as well as from the Mayor of Kingston. Both should realize that this isn’t a bottle that will be easy to re-cork.

I hope that the government has good lawyers.

Indeed, lawyers may still have quite a bit of work to do to untangle the confusion surrounding the use of Jamaica's national symbols.