Ahead of Tunisia elections, social media was flooded with mis- and disinformation 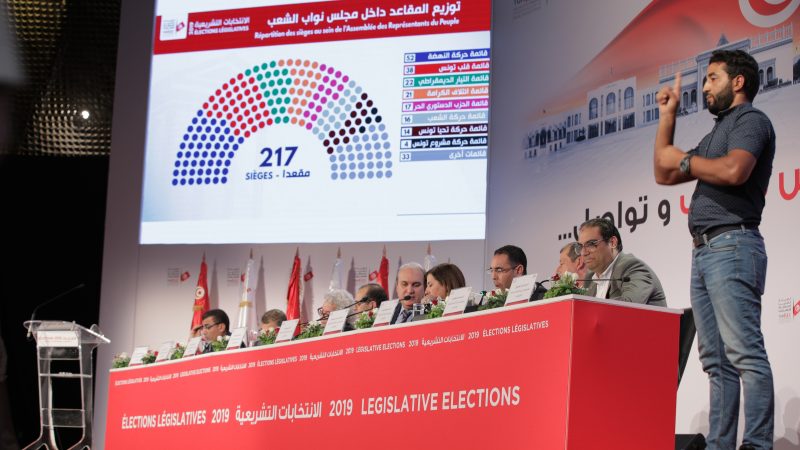 Press conference by Tunisia's Independent High Authority for the Elections to announce the results of the legislative poll of October 6. Photo by the election body [Public Domain].

This story is the first in a two-part series on mid- and disinformation online during Tunisia's 2019 presidential and legislative elections.

Between mid-September and mid-October, Tunisians headed to the polls three times. On September 15, they voted in the first round of the presidential election, before voting again on October 6 in the legislative election. On October 13 they voted in the second round of the presidential election, in which retired constitutional law lecturer Kais Saied, an independent, was elected president.

This election season was the fourth since the 2011 uprising that toppled the 23-year-rule of autocratic president Zine el Abidine Ben Ali.

In the months leading up to the elections, mis- and disinformation spread widely across social media platforms, Facebook in particular. Its impact on the electoral process, voter turnout, and public opinion became a major concern expressed by various parties, including civil society organizations and the country's independent electoral authority.

To woo voters, political parties and candidates have used various communication channels including social media, which remains by far the most effective way to reach a large audience and more specifically young voters. A poll conducted by research and news organization Barr al Aman found that during the 2018 municipal election campaign, 41 percent of respondents said they relied on Facebook as their primary source of news, followed by television, cited by 19 percent.

Observers of the political scene in Tunisia have noted the rise of political party- and candidate-affiliated Facebook groups and pages with substantial numbers of followers. Pages without declared ties or affiliations were also actively involved in spreading political disinformation and sponsored content praising certain parties.

Prominent Facebook groups active during the 2019 presidential and legislative elections:

According to a report on social media monitoring published by the Tunisian Association for the Integrity and Democracy of Elections (ATIDE) and Democracy Reporting International, from 15 May to 15 July 2019, unofficial Facebook pages with no declared political affiliation or purpose produced 38.5 percent of the political messages in their study sample. These pages, which categorized themselves as entertainment or satirical, became more active as the elections approached. The report also posits possible coordination among the administrators of these pages and uses the term “page network” to describe groups of pages sharing similar content within a certain time period.

Earlier this year, Facebook announced the removal of 265 Facebook and Instagram accounts, Facebook Pages, Groups and events involved in coordinated “inauthentic behavior”. According to the company, the activity originated in Israel and targeted multiple African countries, including Tunisia.

“The people behind this network used fake accounts to run Pages, disseminate their content and artificially increase engagement,” announced Facebook in a press release on May 16, 2019. “They also represented themselves as locals, including local news organizations, and published allegedly leaked information about politicians. The Page administrators and account owners frequently posted about political news, including topics like elections in various countries, candidate views and criticism of political opponents.”

Inkyfada, an independent investigative media website, used data collected by the Digital Forensic Research Lab to analyze the content posted by the Tunisia-related pages that were removed by Facebook. Their analysis concluded that the number of these pages, which were created between January 17 and March 12, 2019, was 11. Together, these pages nearly had 500,000 followers.

The analyzed content on these pages includes 359 publications that generated more than 1 million interactions (likes, comments, and shares) and 36 videos with nearly 8 million views

Inkyfada also reported that posts on these pages criticized many politicians, but never attacked the media magnate and presidential candidate Nabil Karoui. Five pages shared content from Karoui's television channel Nessma TV, or his charity Khalil Tounes, that either directly or indirectly favored the candidate.

Karoui's imprisonment led to widespread rumours about his release from jail or the withdrawal of his candidacy. 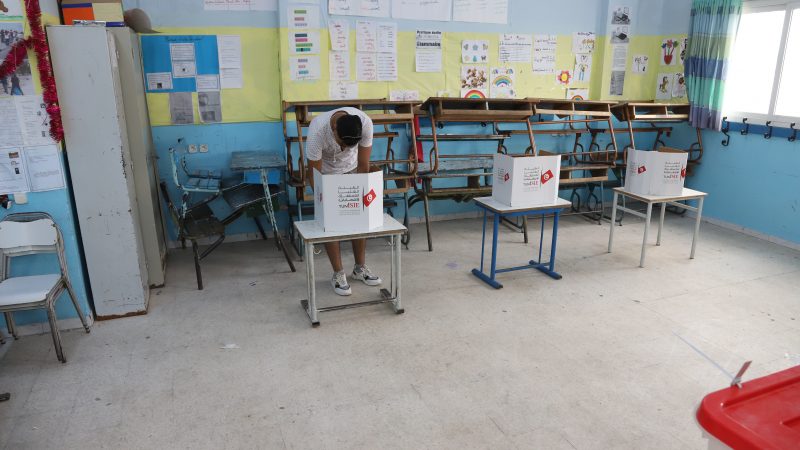 Another common form of disinformation that recurred throughout the election season were reports about presidential candidates withdrawing from the race to support other candidates, as well as false reports about political figures or celebrities supporting certain candidates.

For example, prior to the first round of the presidential election, fabricated reports spread on social media about candidates Abdelkarim Zbidi, Mehdi Jemaa and Abir Moussi withdrawing from the race to support Karoui. Another false report claimed that Othman Battikh, the Grand Mufti of Tunisia, supported Saied. 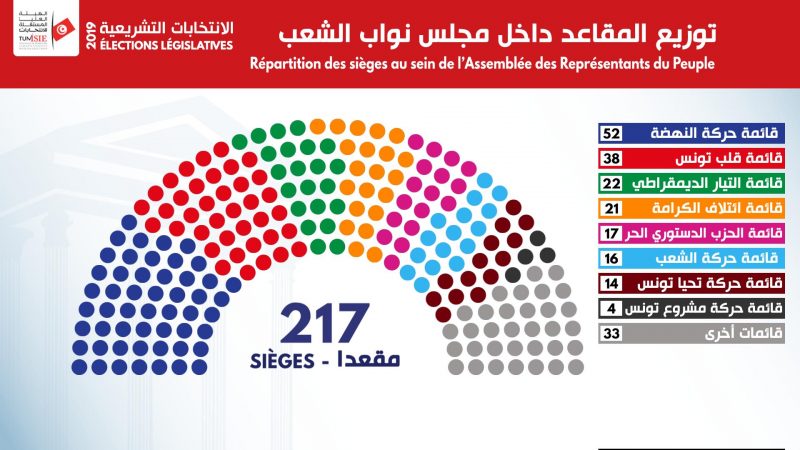 Multiple rumours targeting parties and candidates competing in the legislative election also proliferated on election day, including the rumor that one candidate, Olfa Terras, was arrested while trying to influence citizens. Another fabricated story claimed that candidate Seif Eddine Makhlouf, whose party won 21 seats in the parliament, assaulted a polling center official. There were also attempts to mimic and amplify incidents. After media reported on a group of people distributing money to influence voters, news spread about similar incidents that, after verification, were revealed to be inaccurate.

Exit polling data were also subject to falsification. A few days before the first presidential round, a fake poll in the form of a screenshot incorporating the logo of SIGMA, a polling and consulting company, was widely spread on Facebook Messenger and WhatsApp. SIGMA's director, Hassen Zargouni, denounced the poll as fake in a Facebook post, telling Agence France Press, that “the names and figures [in the fake poll] do not match the reality and try to influence voters to favor tactical voting.”

The French embassy in Tunisia issued a press release denying any connection to the fake poll. The day after the first round of the presidential election, the embassy circulated another statement in response to false declarations attributed to the French ambassador, that criticized current presidential candidate (now president-elect) Kais Saied.

The credibility of the electoral process was also targeted in disinformation campaigns. The vice president of the Independent High Authority for Elections took to the radio airwaves to deny rumors that the pens provided at polling stations were filled with erasable ink, adding that voters could use their own pens when voting.

On the day of the second presidential round, Hasna Ben Slimane, another member of electoral authority, denounced social media rumours aimed at ‘'disrupting the electoral process.”

In addition to the electoral authority, political figures, journalists, activists and voters expressed concerns regarding the spread of mis- and disinformation campaigns during the recent elections. There have also been calls by civil society groups to regulate political ads on social media.

In the second part of this story, we will highlight measures taken by affected parties, national institutions, media professionals and tech companies to counter mis- and disinformation.