"In most social media spaces, [...] Desi artists are absent" 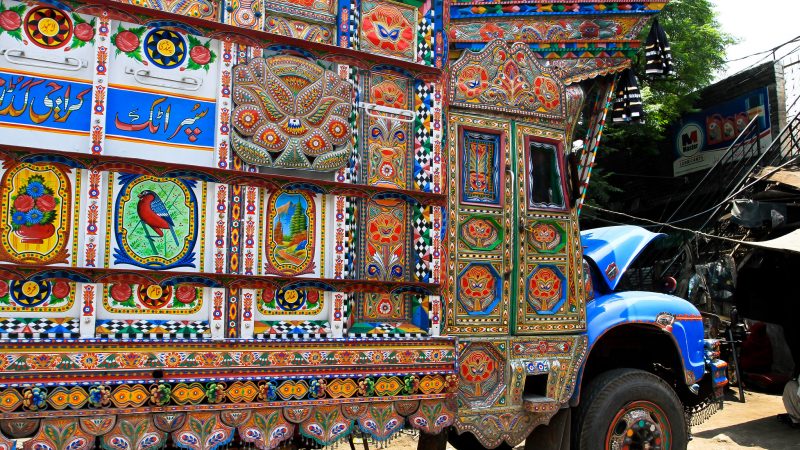 A hashtag, #SouthAsianArtists, recently took Twitter by storm. This is the third year running that artists from Afghanistan, Bangladesh, Bhutan, India, The Maldives, Nepal, Pakistan and Sri Lanka have been showcasing their work under this hashtag in an effort to do something about the lack of Asian representation in online creative spaces.

Fatima Wajid, a second-year Visual Communication Design student at the National College of Arts in Rawalpindi, Pakistan, initiated this idea of celebrating the work of South Asian artists:

(RT to spread the word!) #SouthAsianArtists is coming back this weekend on Oct 12-13! Rules are simple: share a little about yourself with your work! Local and diaspora artists welcome!! Please share to get the word out✨✨✨ pic.twitter.com/ZuGl0MP84Z

hi I’m a Bengali artist that loves paintings Bengali women. I also dabble in some hand lettering and even some Arabic calligraphy #SouthAsianArtists pt4 pic.twitter.com/9OqNicy4Y3

Speaking with Global Voices, Wajid explained how the hashtag began:

Three years ago, Annabelle Hayford, an illustrator based in Los Angeles, started the hashtag #DrawingWhileBlack to highlight and celebrate Black artists all over the globe. This sparked a realization in me that in most social media spaces and art forums, Desi artists are absent. The lack of South Asian representation in online creative spaces really bothered me, so in collaboration with Annabelle, I started #SouthAsianArtists with the purpose of celebrating and highlighting South Asian artists to audiences all over the world. It is, for the most part, an online event, as the internet and social media help break down borders and allow people from all over the globe to connect in an instant. Many local and diaspora talent connected because of the convenience, availability and online nature of the event.

In Wajid's experience, most local communities harbour a stigma against the creative arts, which hinders people from pursuing their artistic passions. She says this lack of encouragement or appreciation from the wider community has had a negative effect on artists’ creativity and process: “Positive representation of Desi artists is incredibly necessary to create a progressive, culturally evolving society.”

Her hashtag, therefore, is designed to showcase the work of artists of both genders from all countries in the region.

Umair Najeeb, of Pakistan, is currently working on creating a comic series with local cultural superheroes:

Shehzil Malik, a designer, illustrator and feminist who is passionate about design for social change, tweeted:

Hi I'm I'm Shehzil, a Pakistani illustrator and I like drawing women through my feminist pov! 🔥🌸🌈

Also this tag is the best one to discover amazing art!#SouthAsianArtists pic.twitter.com/M2aA8Hyu2J

Des, an artist from Kashmir, uploaded some amazing work:

Hi, I’m Sarika! I am an Indian-American visual development artist. I design for PBS Kids/Amazon shows. In my free time, I draw superheroes and ballerinas. #SouthAsianArtists pic.twitter.com/ANmrsy7mwz

Esha, a budding artist from Bangladesh, was one of the youngest artists:

While both genders were represented in the artwork that was shared under the hashtag, the majority of artists who participated were female — proof that despite cultural norms which tend to confine women to specific fields (and in some cases, behind four walls), women are now claiming their place in the arts and other creative endeavours. The fact that so many women shared their artwork has inspired Wajid even more:

Women artists are not given many opportunities to showcase their work, so to see so many talented Desi women use the hashtag to promote themselves has been an incredible experience. I plan to properly archive the activity in the near future and include the artists featured in #SouthAsianArtists in more creative projects.

This is the other benefit of the hashtag. Raising online awareness about the work of South Asian artists is an innovative and low-cost way to connect with people globally, and allow them to showcase their work. It steers them away from traditional art exhibition avenues, democratizing their art and making it accessible to a much wider audience, often bringing them much-needed attention without the cliché of artists having to suffer for their fame.