Is Trinidad & Tobago's LED lightbulb initiative a bright idea or a shot in the dark?

"A bulb can improve resilience [and] improve the economy..." 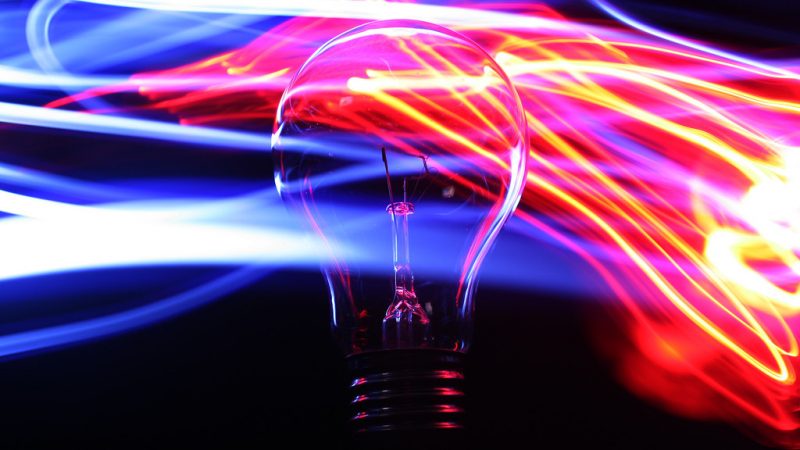 Trinidad and Tobago's Minister of Finance, Colm Imbert, read the country's 2019/2020 National Budget in parliament on October 7, 2019. The minister's presentation contained some encouraging economic performance information and new fiscal measures — pensions for daily paid public workers and an increase in the minimum wage, for instance — but the initiative that is getting a curious amount of attention is one involving LED (light-emitting diode) lightbulbs.

Minister Imbert proposed the removal of taxes and duties on LED bulbs and related accessories, as well as the free replacement of incandescent bulbs with energy-efficient, longer-lasting LEDs in as many as 400,000 households across the country.

The budget also contained other environment-focused initiatives. Minister Imbert proposed, for instance, banning the importation of Styrofoam for use in the food service industry and requiring food container manufacturers to make their products biodegradable. The minister also said that government agencies would set the example when it came to changing behaviour: come January 1, 2020, public servants will no longer be allowed to use plastic water bottles in government offices. Single-use plastics are also to be phased out, though an exact timeline was not given.

Opposition leader Kamla Persad-Bissessar referenced the initiative in her initial comments on the budget, dismissing it as nothing but “breadcrumbs and bulbs” — somewhat ironic, considering that her administration spearheaded a similar programme back in 2013. But fiscal and economic experts have deemed the light bulb program beneficial for both the general public (reduced electricity costs) and the environment (recyclable, low wattage, reduced heat emissions).

The response in Trinidad and Tobago to the climate crisis has not been as urgent as it, arguably, needs to be, considering that Small Island Developing Nations (SIDS) are often at greater risk from the adverse effects of global heating. In terms of where the country is at regarding its achievement of the United Nations’ Sustainable Development Goals, a January 2019 report illustrated a focus on seven areas of priority related to climate change over specific timescales.

The country derives derives a significant portion of its revenue from hydrocarbons, and unlike some of its neighbours further to the north, has not borne the brunt of hurricanes in recent times. In the 2018 Environmental Performance Index, which rates country performance on high-priority environmental issues, it snagged the top regional ranking, but slid from the second spot worldwide in 2016 to 35th place, which suggests that air quality has dropped. The country also loses millions of dollars each year as a result of seasonal flooding.

Read more: The Caribbean speaks out on the climate crisis

The Trinidad and Tobago Chamber of Commerce noted, however, that the budget's environment-focused measures as a way of reducing the country's carbon footprint and living up to its commitments under the United Nations’ 2030 Sustainable Development Goals.

The reaction on social media, however, included with all manner of memes, satire and videos, including the old saw about “How many politicians does it take to change a lightbulb?” In response, Facebook user Chris Chinapoo shared an infographic on the benefits of the initiative and commented:

[A]fter the most dumb political meme was sent to my inbox this morning re the lightbulb initiative which in my view is the most simple, relevant, cost effective and high impact potentiality measure in the budget. Yes a bulb can improve resilience, improve the economy and help advance social equity. A bulb can shine that light.

Not everyone was convinced of the initiative's worth, however. One Letter to the Editor outlined many of the concerns that were being expressed:

And the obvious question is: who stands to benefit? I mean really benefit, like the ‘friends’ of the government who will be supplying the bulbs ‘free of charge’.

But there’s nothing like a free lunch. Those of us who pay taxes will foot the bill.

Unease over the potential for corruption is not unfounded. Back in 2007, a regional corruption case known as the Cuban Light Bulb Scandal, first came to light after the distribution of energy saving light-bulbs, donated by the Cuban government, ended up costing Jamaica JA $276 million (about US $2.5 million).

Questions were also being asked as to why the government hadn't yet put forward a more holistic policy regarding the climate crisis. The day after the budget was read in parliament, various areas of the country — including Port of Spain, Trinidad's capital — suffered flooding due to heavy rains, making the issue all the more pertinent:

In light of [the] lack of any significant climate action initiatives in the 2020 budget (no, light bulbs are not included), and […] the absence of any T&T representatives at the UN Climate Action Summit last month, […] What is the Government's plan to address how the climate crisis is impacting our country? (Again, note that light bulbs and dredging rivers ad infinitum are not considered legitimate responses).

When is the government going to speak frankly to citizens about how the flooding, storms, and extreme weather conditions are related to the climate crisis? […] And when are we going to add our country's voice to the regional demands for climate action?

We simply do not have the luxury of ignoring the impacts of the rapidly changing climate.

Facebook user Jason Augustus Riley wondered how well the initiative was even thought out, given the wider context of cultural disregard for the environment. Comparing the LEDs to the former administration's controversial laptop programme, which was “introduced in secondary schools without teacher preparation”, Riley mused:

His comment fed into the wider discourse over whether or not the initiative is, in fact, more “give a man a fish” in spirit than “teach a man to fish” — or this case, offering lightbulbs as opposed to promoting a more holistic approach to energy conservation.