How bad is African swine fever for the pork supply crisis in China?

Is the pork crisis more severe than US-China trade war? 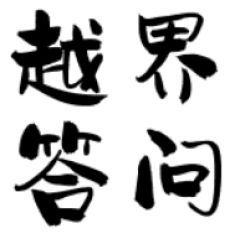 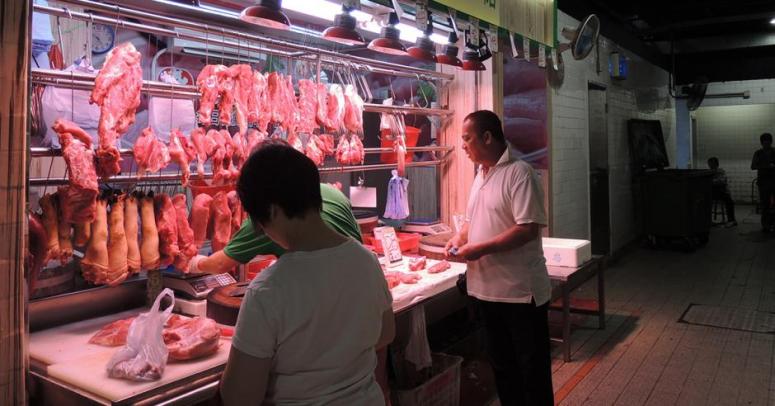 The project Chinese Cross-Border Question and Answer, sponsored by the Hong Kong NGO Culture and Media Education Foundation, reports on common concerns from Chinese communities in mainland China and abroad. The following post was originally written in Chinese and published on various websites, including inmediahk.net and matters.news. It's republished by Global Voices under a partnership agreement.

In September, just weeks before the 70th anniversary of the foundation of the People's Republic of China, the Chinese government began releasing strategic reserves of frozen pig meat to meet the demand for pork in its domestic market. The measure came after an epidemic of African swine fever killed a huge portion of China's pig population, which caused a shortage in the pork supply. Some even went so far as to comment that Beijing sees the current pork supply crisis as far more severe than the Hong Kong protests and the U.S-China trade war.

The Cross-Border Q&A team explained the scale of the crisis and its political implication in question and answer format.

A: China’s demand for pork meat makes up nearly half of the world's total output. For an average Chinese family, pork accounts for two thirds of their meat consumption, and on average, a Chinese person consumes 120 pounds of pork annually. The whole country consumes annually 700 million pig stock. China is almost self-sufficient in terms of pork supply. In 2016, imported pork was equal to 4 percent of the country’s domestic consumption. But this figure was equal to 26 percent of the world’s export output.

Q: How did the African swine fever (ASF) spread to China? Why did it spread throughout the whole country so quickly?

A: There is no official explanation coming from Chinese authorities on the question yet. Related discussions online were censored quickly. However, Dirk Pfeiffer, expert on animal health and epidemiology believed that ASF originated from smuggled pork coming from Russia. In March 2017, there was an outbreak in Irkutsk, Siberia. The city is just 1000 kilometers away from China. ASF is commonly spread across countries through pig feed which is composed of uncooked food scraps that are infected with the virus.

In general, small pig farms are more vulnerable to ASF. In 2017, 90 percent of China’s pig farms were small in scale and they produced one third of the country’s pork supply. In most of the cases, small pig farms fed human leftover food to pigs and they did not have an epidemic control system.

However, big pig farms in China also have outbreaks as well. This may be due to the failure to follow epidemic control protocol as pointed out by Caixin investigative report.

According to the official report, the first ASF outbreak happened in August 2018 in Shenyang in northeastern China. As opposed to other countries, the Chinese outbreak was not confined to a geographical location but quickly spread to other provinces.

An investigative report from The Initium traced the reasons behind the spread of ASF epidemic to the selling of inflicted pigs in the market, the inappropriate dumping of dead pigs and the transportation of livestock across provinces.

Q: How serious is the African swine flu epidemic?

A: According to official data in September, China had killed more 100 million pigs within one year. The total output of pork had dropped about one third of the total average. But this figure does not reflect reality as many small pig farmers did not file reports to the agricultural authority. In fact, in July, the official report stated that only 1.16 million pigs had been culled. The figure was amended after the central government announced an emergency state of pork supply. Unofficial estimation of inflicted pigs was up to 200 million.

The World Organization of Animal Health's report on ASF indicated the Chinese outbreak has spread to nearby countries including Vietnam, Cambodia, Hong Kong, Laos, Myanmar, the Philippines and South Korea.

Q: What are the measures taken by China to control ASF from spreading? Are they effective? Is the epidemic under control now?

A: China’s ASF epidemic control system is not really difficult from other countries. It has an epidemic report and compensation system for sculled pigs. However, quite often, pig farmers complained that they did not receive full compensation and hence some did not file reports to the authorities.

China also banned the transportation of pigs across provinces since August 2019. Some local governments had banned pig farms near urban areas and the number of outbreaks from June-July 2019 was lowered. However, as the central government announced the emergency state of pork supply, many pig farms were re-opened.

The Chinese Academy of Agriculture Science announced in September 2019 that it had made significant progress in developing a vaccine. However animal experts were not optimistic as the virus could mutate in the process.

Dirk Pfeiffer pointed out animal epidemic control is not just about the animal, it is about people and whether the pig farmers have epidemic control awareness. It is also about the system, such as whether or not the media could effectively monitor the authorities in releasing the compensation and inform the public about the virus during the early stages of the outbreak.

Q: Why some China-watchers commented that the pork crisis in China is more severe than Hong Kong protests and China-U.S trade war?

A: This August, the market price of pork was raised by about 46.7 percent. In some regions, the price almost doubled. Even if the government was able to control the price, people would not find pork in the markets. On the internet, a large number of videos appeared mocking the rocketing pork prices and the issue replaced the Hong Kong protests and the US-China trade war as the top search terms on social media. People were particularly outraged by the spread of propaganda which stated that eating less pork makes people healthier.

Chinese vice premier Hu Chunhua took the issue of pork supply as a crisis which could undermine social stability and hence ordered local governments to help pig farmers re-open their farms. The central government also decided to release the strategic reserves of pork to make sure that the supply of pork be no less than 95 percent of the average supply during the 70th anniversary of the foundation of the People's Republic of China.

The strategic pork reserve system was established in the 1970s to stabilize domestic meat prices during emergency times, such as natural disasters and wars. China has about 100 thousand tons of frozen pork reserves.

Moreover, China announced on September 13 that the country would take out soy beans and pork from the additional tariff list. Earlier, on September 1, China had announced a 72 percent tariff on U.S imported pork and Chinese meat traders were forced to cancel their orders. As the 70th anniversary of the PRC was approaching, the Chinese government took a U-turn. As China defines human rights as people’s rights to happiness, the issue of pork supply, which has affected people's dining table is hence viewed as more important than the Hong Kong protests.

Below is a video showing how people were fighting over a piece of pork in a supermarket back in August: