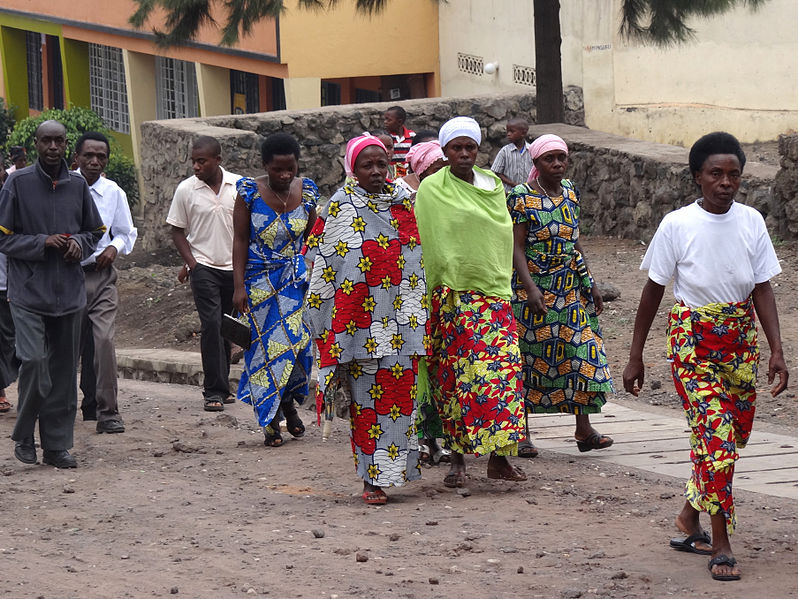 Schoof was arrested for “illegally meeting with journalists in a public space” after he tried to hold a press conference [3] to criticize the Rwandan government's decision to shut down his controversial evangelical radio station and refuse his appeals.

Hours after his arrest, Schoof and his family were deported [4] after Rwandan authorities refused to renew the family's expired visas.

“We found that his purpose for staying in Rwanda was no longer valid because his church and radio were closed,” said [5] François-Regis Gatarayiha, Rwanda's director of Immigration and Emigration.

Many Rwandans lauded the move, decrying that hate speech has no place in Rwanda, while others see the move as an attack against faith-based organizations in Rwanda under President Paul Kagame's administration.

Originally from Phoenix, Arizona, in the United States, Schoof led a Baptist church as well as the Amazing Grace Christian Radio station in Kigali, Rwanda. He lived in Rwanda for nearly 16 years after moving to the East African nation with his family from Indiana (USA).

Schoof's evangelical radio station broadcast sermons from preachers who called women “evil” and “prostitutes,” [8] provoking an avalanche of criticism [8] from feminist and human rights groups. In 2018, Rwanda Utility Regulatory Authority (RURA) shut down Amazing Grace Radio for “failure to comply” with sanctions placed on the station as a result of its incendiary rhetoric:

#RURA [9] has revoked the broadcasting license of Amazing Grace Christian Radio after this station failed to comply with #RURA [9]’s sanctions taken after a sermon aired by the radio on January 29, 2018 in which a radio presenter repeatedly insulted women referring to them as evil#RwOT [10] pic.twitter.com/NjggGmMnsc [11]

In February 2019, Rwandan authorities also shuttered Schoff's church in a sweep that targeted over 700 churches and one mosque in Kigali alone. The places of worship were accused of several violations, including “noise pollution,” [3] according to the BBC.

The number of evangelical and Pentecostal churches in Rwanda has spiked in recent years [13]. They are “often run by charismatic preachers claiming to be able to perform miracles,” according to the BBC. Some are mega-churches while others are small, less formal structures built without following building codes and procedures.

Twitter netizen Christian Angermayer points out that these churches often preach anti-woman, anti-LGBTQ messages that can lead to serious crimes against women and LGBTQ communities:

Lunatic preachers, too loony even for the US, often move to Africa, extort the people and are responsible for hate crimes against women, the LGBTQ community and other minorities. Finally, a government stands up. Kudos to@PaulKagame [14] @RwandaGov [15] https://t.co/Uwi1lQoVPW [16]

The majority of Rwanda's 12 million people identify as Christians, [18] many of whom have left the once-dominant Roman Catholic church to find comfort in other denominations:

“Since the 1994 genocide [19], Pentecostal churches have mushroomed across Kigali, benefitting from the tarnished image of the Roman Catholic Church, which allowed its parishes to become carnage sites for Hutu militias.” [20]

President Paul Kagame, in an attempt to monitor and regulate the actions of these churches, approved a 2018 law that requires all preachers [21] to hold a theology degree, report on finances with full transparency and maintain churches that comply with building codes and laws.

Twitter user Buteera John supports the government's move to deport Pastor Schoof and his family, stating that “Rwanda has no room for bad-extremist preachers”:

But supporters of Amazing Grace Radio posit that Kagame's crackdown on their radio station and the broader church sweep has more to do with a culture clash [19] between Pentecostal communities and the Kagame administration, which has shifted toward a more secular stance.

In April 2019, Kagame pardoned over 350 women [23] jailed for having or aiding in abortions, and on October 10, 2019, Kagame pardoned over 50 women convicted and jailed for having abortions [24] — moves seen by the Pentecostal church as contrary to their religious values. Supporters also say that Schoff's outspokenness clashed [19] with the Kagame administration, which is known to repress freedom of speech and dissent [25].

Gregg Schoff said in a press statement that he plans to relocate to Uganda to continue his missionary work.

Pastor Gregg Schoof according to the press release, is to move his business by next month to #Uganda [26] because the Rwandan immigration refused to renew their Visas.. pic.twitter.com/hEKz9x0XRD [27]

Indeed, Uganda has its own legacy and litany of American missionaries who bring their share of fakery, extortion and miracle cures.

American pastor Robert Baldwin, [29] from New Jersey (USA) has “given over 50,000 Ugandans a ‘miracle cure’ made from industrial bleach,” that he claimed healed a slew of diseases, including HIV, under a ministry called Global Healing. Baldwin reportedly chose to work in Uganda because “it was a poor country with weak regulation.”

Renee Bach, [30] from Virginia (USA) pretended to be a doctor in Uganda, claiming she could cure children suffering from malnutrition. Bach was ultimately sued in the deaths of over 105 children [31] under her care. She came to Uganda with an evangelical nongovernmental organization, “Serving His Children,” and worked as a doctor in spite of not having any medical training, to “promote evangelism” and “provide welfare for the needy.”

And for years, US missionaries have waged war [32] against Uganda's LGBTQ community, backing Ugandan churches with massive financial resources and power to spread hateful messages that target LGBTQ activists and influence the passing of laws that violate international human rights.

Netizens on Twitter have reacted negatively to Schoof's plans to head to Uganda, calling out the pastor's behavior in the context of other missionaries who have caused more harm than good.

Global Voices’ Ugandan contributor Rosebell Kagumire responded to the news with a call for zero-tolerance against “white supremacy and Christian fundamentalism”: