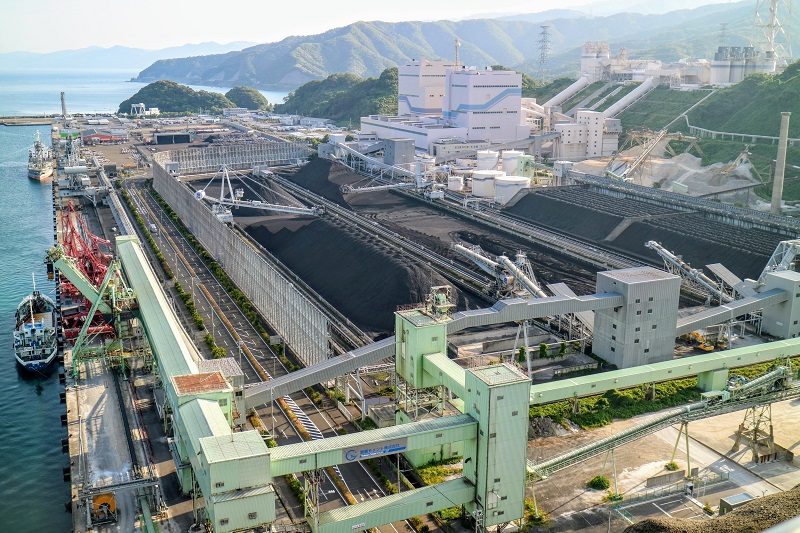 Arao Hinako noticed something odd when she went for a swim in the Setouchi Inland Sea [1] with a cousin’s young son.

“Normally, if you stay even just a bit longer in that sea, you start turning blue (from cold). But this summer, the weather was so hot and humid, and the water was unusually warm,” the environmental activist and filmmaker recounted.

Arao is an experienced field organizer in Japan for 350.org [2], an international organization working with student activists from Fridays for Future Tokyo [3] (FFF) — a Japanese offshoot of Swedish teenager Greta Thunberg’s movement of the same name — to keep the global rise in temperature below 2 degrees Celsius.

Arao and others have noticed Japan has had its share of the consequences of climate change for some time.

Not only has the ocean in places like the Inland Sea been gradually warming up, but unprecedented torrential rain and subsequent landslides during the typhoon season each August now regularly prompt local governments to ask for help from the Japanese Self-Defense Force, including assisting with evacuating [4] 870,000 residents following heavy rains in southwest Japan in August 2019. Typhoon Hagibis [5], a powerful super typhoon, is poised to hit Japan on October 12.

Japanese people are starting to take action. On September 20, 2019, as nearly as 5 million activists in 115 countries around the world joined the Global Climate Strike [6], some 2,500 young Japanese protesters marched from the U.N. University in Tokyo’s trendy Omotesando avenue to the famous Shibuya crossing, shouting slogans amid hundreds of visibly surprised pedestrians standing by.

I went to the march to report for i-D magazine [12]. Close to 800 people showed up. A lot were high schoolers on their way home from school. #FridaysForFuture [7] #GlobalClimateStrikes [8]

Iwano Saori, 16, a senior at a public high school in Tokyo and a member of the Fridays For Future Tokyo creative team, explained hers and her classmates’ decision to start the Tokyo leg of the global march for climate at 5 p.m., at the end of the school day, even as students in other parts of the world organized school strikes: “I cannot betray the public who’s paying for my education,” Iwano said.

“We don’t even have a proper word in Japanese for ‘climate change’,”  said Kajiwara Takuro, a college senior who co-organized the march. “Instead, the rather vague term ‘extraordinary weather events’ (異常気象) is used,” Kajiwara said.

As the host of the 1997 signing of Kyoto Protocol [13] — the first global treaty setting internationally binding targets on carbon emission reductions — and of this year’s G20 — where it introduced a deal to reduce marine plastic waste [14] — Japan was twice in a prime position to lead climate action.

However, despite evidence [15]of climate change’s impact on Japan, the central government has been sluggish to respond to the climate emergency that Kajiwara, Arao, and others are desperately trying to draw attention to.

Instead, Japan is promoting [16] more GHG-producing coal- and gas-fired electric plants all over the world, exporting the technology to build them to countries such as Vietnam and India. In early October, only days after the climate strikes, Japanese plant engineering specialist JCG Holdings [17] won a 3.73 billion USD [18] contract to build a liquefied natural gas plant in Mozambique as part of a consortium of major oil and gas players that include Exxon Mobil.

In 2018, Japan rolled out a new energy plan [19] that sets targets of generating 22-24 percent of electricity from renewable sources by 2030. This plan is an amendment of a 2002 strategy, whose goals, according to the Ministry of Industry, Trade, and Environment, have only been partly accomplished. As a result, Japan wasn’t even invited to speak at the latest U.N. Global Climate Summit in New York [20] on September 23, 2019.

Sasaki Isao, a 16-year-old high school senior and a fierce environmental activist, dyed his hair green in support of the first environmental strike in March 2019. Sasaki told Global Voices about his high school’s trip to a plantation in Borneo, Malaysia not long ago, where he saw first-hand the workers clearing forest land to cultivate crops — clearances much like the ones that contributed to the recent massive fires in the Amazon forest [21].

“The striking thing was that I could [understand] the perspective of those workers, too. Plantation sustains their livelihood,” Sasaki said.

There are signs that environmental responsibility may be gaining popularity among big Japanese financial institutions, which are at the center of fierce criticism from climate activists.

In early October 2019, Mitsubishi UFG became the first Japanese bank [22] to issue so-called “green bonds”, which were used to fund low-carbon buildings and renewable energy in Australia. But Sasaki is worried that these attempts are becoming popular among investors “only because all the others are doing it as a trendy thing.”

One man who can apparently change the government’s abysmal track record on the environment is Koizumi Shinjiro [23], Japan's charismatic new Environment Minister and son of a popular former prime minister.

Koizumi has said [24] fighting climate change needs to be “sexy, fun and cool.”  Whether or not he can light the fire of environmental passion among Japan’s 126 million consumers remains to be seen.