This Tanzanian youth advocate has a vision for inclusive education

Saul Mwame started a club to advocate for visually-impaired students 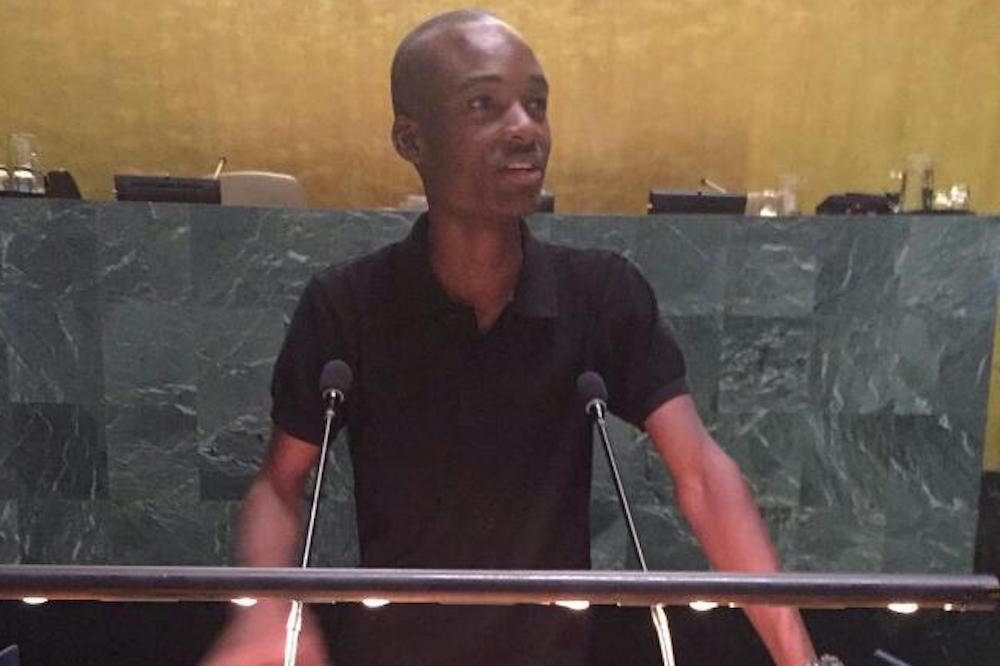 Saul Mwame, from Tanzania, speaks at the United Nations during a session focused on education, Goal 4 of the  Sustainable Development Goals. Photo used with permission by Saul Mwame.

Saul Mwame, a 20-year-old high school student at DCT Mvumi Secondary in Dodoma, Tanzania’s capital city, stands at the forefront of a fight for inclusive education for diverse learners — including learners with disabilities.

Mwame co-founded the Connections-Based Learning (CBL) club in January 2019, to advocate especially for visually-impaired learners, because he saw his visually-impaired classmates struggling without adequate support. Mwame also started the club to help sensitize all students to those with special needs.

Mwame found inspiration for the club after reading a book about CBL, “an approach to teaching and learning that leverages the connected world,” and meeting CBL book author in Uganda.

In an interview with Global Voices, Mwame explained how he got started:

“I started CBL … after observing that fellow students with special needs lack cooperation. So, this was the way to sensitize cooperation so that visually-impaired students can have access to academic materials …to help them achieve their goals.”

DCT Mvumi Secondary is one of the only schools in Tanzania with its own visually-impaired unit to support students with visual impairment or full blindness. The 10 or so visually-impaired students at Mwame's school have access to Braille machines (a system of raised dots used by visually-impaired people to decode text) and can take notes in Braille through dictation with the help of classmates.

But most visually-impaired students in Tanzania do not have access to school textbooks and learning materials that use Braille even though there’s a Braille printing press in Dar es Salaam, the capital. 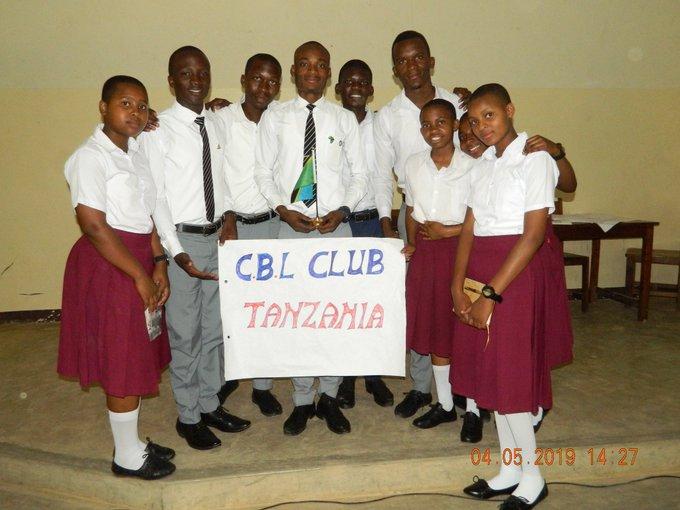 In a short period of time, the club has amassed 38 members who meet on the weekends to receive life skills training and entrepreneurial education workshops. Volunteers from the club also conduct events at local schools to teach life skills to students with visual impairments and other special needs, pending available funds.

Mwame has been doing disability advocacy work since 2016 when he established Building Africa's Future Foundation:

Throw back 2017 — It's works, keeping hope alive,working with the visually impaired to realize their potential,Disability is Not Inability. Proud to see Erick Mlasani a visually impaired being the best student in the country now joining University of Dar es Salaam to be a Lawyer. pic.twitter.com/qeIhVVdI3u

Making learning more ‘friendly’ for all

A recent study conducted by HakiElimu, a Tanzanian nonprofit education organization, found that even in schools deemed “inclusive,” the learning environment was still not very friendly for students with visual impairment. Very few schools exist in Tanzania specifically for people with disabilities of any kind.

Tanzania has joined a global movement to create inclusive, quality education for diverse learners, including students with disabilities. In 2004, it introduced a national disability policy that emphasized the need for a conducive learning environment for people with special needs, and the Ministry of Education adopted it in 2009. 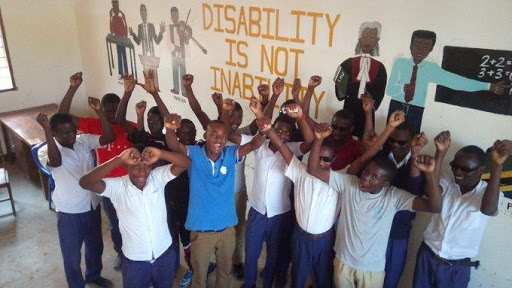 Saul Mwame (with blue t-shirt) stands with a group of students with special needs. Photo used with permission by Saul Mwame.

Yet, schools still face several challenges in terms of inclusive, quality education. The government has worked to improve teacher training and build schools specifically for students with disabilities.

But the HakiElimu report revealed that many students still face unqualified, incompetent teachers and inadequate teaching materials for visually-impaired learners.

Mwame was born in Kibaigwa, Tanzania, and comes from a poor family. He said he faced a lack of cooperation from his community in his vision for better learning environments for visually-impaired students.

But advocacy is his calling.

The responsibilities and destiny of our nation is upon the youth. How do we as youth prepare for it?

As a Global Youth Ambassador for Tanzania through TheirWorld, an education nongovernmental organization, Mwame committed to campaign for two years specifically on Sustainable Development Goal 4: inclusive and equitable quality education for all.

To honor his hard work, Mwamwe won the 2019 Princess Diana Award, given to young people who make a positive impact in their communities. This award has motivated Mwame to work harder.

Sometimes people do not understand and appreciate what you are doing, especially when you get such an award, they still don’t care! But, for sure, this has made me understand that there are people who see what I’m doing and I want to put more effort to connect with different people [in order] to bring developments [to] my community.

Mwame believes in the power of connections to help him achieve his vision. These connections have given Mwame the courage to continue as a leader and advocate for diverse learners in Tanzania.