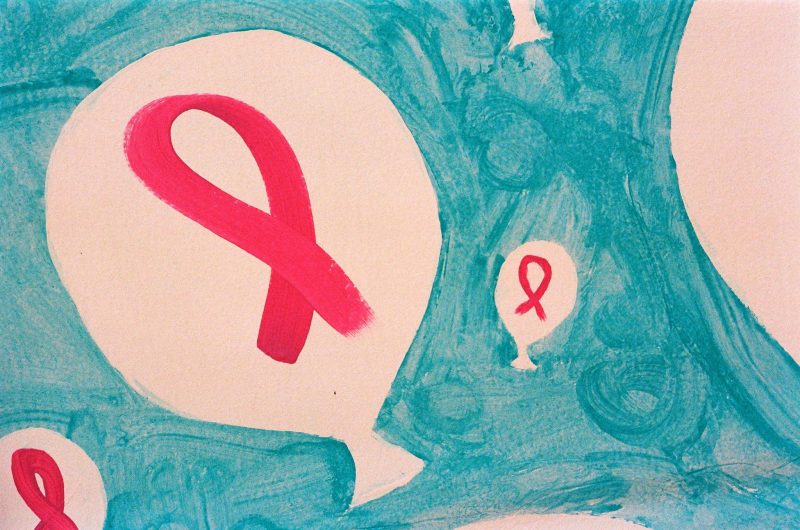 Like many countries [2] around the world, Jamaica recognises October as Breast Cancer Awareness Month. [3] What better way to raise awareness than to have a breast cancer survivor [4] — who also happens to be a senator — stand up in parliament and share her experience?

After Saphire Longmore made her statement in the Upper House on October 4, 2019, an opposition senator, André Haughton, took the floor [5]. After extending sympathies to Senator Longmore, and speaking of an aunt who had died of the disease, Haughton continued:

As a child growing up I always loved breasts. My mother always said I am a breast man. Even though I was one years [sic] and two months, I was still drinking breast milk, yes…so I am a breast man. When asked which part of the female you prefer – breasts […] I prefer the breast.

Senator Haughton went on to tout the use of cannabis oil as a cure for cancer, urging the government to conduct more research, but journalist Damion Mitchell immediately picked up the “I'm a breast man” comments, tweeting:

@DrAndreHaughton [6] rises in Senate to pay tribute to breast cancer survivors. Said he was aware of the issue as an aunt died of the disease. Then he said: “I'm a breast man, if you ask mi which part of di female I prefer, I'm a breast man.” Not good for Dutty Fridaz nor the Senate.

With a growing number of breast cancer diagnoses among women  [8]25 to 59, the reactions to Haughton's comments were full of shock and surprise.

Mi shame so till….? There is no excusing this level of crassness. No no no…this is not okay! https://t.co/u2IQwOs47F [9]

@DrAndreHaughton [6] How is declaring what part of a woman's body (as if discussing chicken, beef or some other piece of meat), either appropriate or relevant in a Parliamentary (or any other public/formal discourse)?

Those whose lives have been impacted by breast cancer also felt the comment was uncalled for:

There are days that this App makes me cheer and there are other days I want to delete it. Today, In breast cancer month, after losing at least three close friends and an aunt to the beast called breast cancer I am struggling. If you can’t be decent at least be quiet.

Others, women included, defended [13] the senator’s remarks as harmless:

Senator André Haughton spoke about the breast. Not everyone has been fortunate in this life to have been nurtured by the breast. How was his statement sexual? […]

I am a woman and, frankly, see nothing for which to apologise. They have made a mountain out of a molehill. Haughton’s statement could help many men and women to undergo mammograms and check their breasts daily.

It’s the Jamaican man’s behaviour to say they love breasts. And if I am not mistaken, there is a jingle that says, ‘Breast is best.’

Twitter user Dimitri Lyon felt that a defence of Haughton spoke to a concerning trend:

The fact that there are people defending @DrAndreHaughton [6], and his refusal to retract the statement; demonstrates society’s endorsement of the objectification of women.

The issue remained a hot topic as Senator Haughton vehemently defended himself [15] in interviews, accusing first the tweeting journalist and then the media in general of misinterpretation.

Haughton posted [16] his entire speech on his Facebook page, where he received supportive [16] and respectful comments. Many simply dismissed [17] criticism of Haughton as an obsession with trivialities and character assassination.

In one particular interview [18] on “Smile Jamaica… It's Morning Time,” a popular morning television show, the senator said that Jamaican media “is not interested in sensible things”. The show's host retorted, “The media is talking about it because you said it.”

Despite overwhelming public sentiment that the comment was disrespectful, Senator Haughton continued to hold his ground, tweeting:

The mammary gland (breast) is the defining feature of all mammals, it is the critical feature that sustain and maintain life among us humans, children who don’t suckle on breast are at a disadvantage… so everyone in this breast cancer month should embrace and love breast… https://t.co/bQq5BcQAdq [19]

This prompted another wave of annoyance and calls for an apology. Journalist Damion Mitchell did not back down:

The abject self-imposed mockery of @DrAndreHaughton [6]’s disgust over media coverage of his Senate blunder: He complains about negative press yet tells @clarkecooper [21] on #SmileJamaica [22] “If you don't say anything outrageous in the Senate it don’t come on the news.” Sir, #ShadowYuhBrake [23] pic.twitter.com/DV4i3WOoJW [24]

In my enthusiasm to contribute to the debate on the tragedy of breast cancer, a section of my comment elicited some negative responses.
I wish to emphasize my respect for women and the serious issue of breast cancer and apologize for any concern my comment may have stirred. ?

The reaction was mixed. Some grudgingly accepted the apology, while others were prepared to move on. One Twitter user suggested the whole debacle was just another example of fake online outrage:

See he apologized guys we can find something new to be mad about now https://t.co/NHPal2bop5 [27]

Facebook user Suzanne Haik-Hynes was not so forgiving [29], convinced the senator still did not understand the reality of breast cancer:

…At what point did our people become so crass, insensitive and disrespectful to tastelessly take the discussion on breast cancer awareness to such a low level as to try to be comic about the issue, and resort to trying to make it one of sexual context?

Does the senator realize the vastness of the effects of breast cancer on significant numbers of women […] or what any woman and family goes through from diagnosis, to treatment, to remission, expensive and painful conditions along the way, or final breath? Does he have any concept of the immensity of the social and economic impacts? …

I hope with all this outrage about part of the tribute by @DrAndreHaughton [30] we are not missing the BIG PICTURE which is we all need to examine our breasts at least once monthly and get our Mammograms,Ultrasounds n MRIs as appropriate! As Dr Simpson said we may not know prevalence