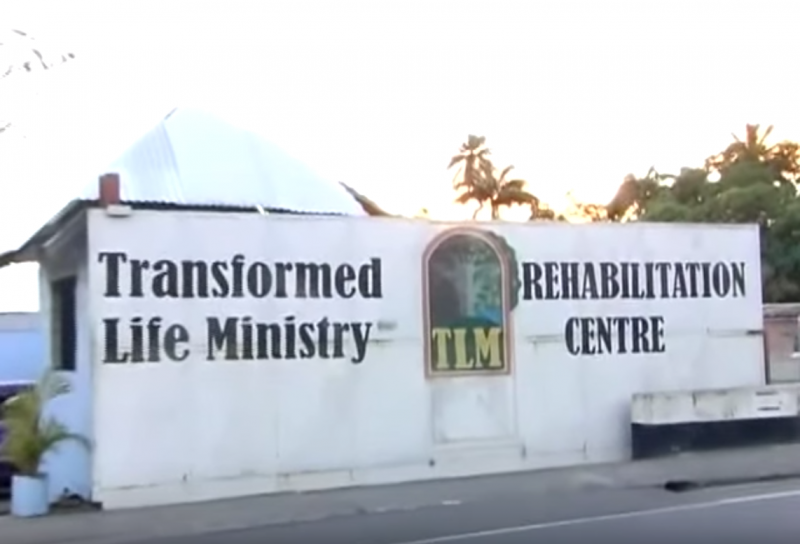 Screenshot of the Transformed Life Ministry Rehabilitation Centre in Arouca, Trinidad, taken from a YouTube video testimonial. The facility was raided by police on the morning of October 9, 2019.

In the wee hours of the morning of October 9, 2019, in the town of Arouca, situated along Trinidad's east-west corridor, police entered the compound of Transformed Life Ministry — a rehabilitation centre for ex-prisoners and other socially displaced people — and rescued scores of nationals who had been locked in cages and allegedly tortured over several years.

The organisation states that it provides “safe transitional housing, developmental and rehabilitation programmes” for its charges, “to promote healthy reintegration into society”, and promotes a philosophy of “empowerment and responsibility”.

Yet, the two-month investigation that led to the raid, reportedly in cooperation with Trinidad and Tobago Police Service, revealed a litany of questionable conditions, including the use of “seclusion rooms” to constrain violent residents.

At the facility, police detained six peo­ple — including the rehab centre founder, ex-prisoner-turned-pastor Glen Awong — and took them to the station for further inquiry. Rescued residents were shuttled to health facilities for medical treatment. Commissioner of Police Gary Griffith confirmed tasers and ba­tons on the premises.

Guardian Media, which owns the TV station and daily newspaper that broke the story, reports that Commissioner Griffith called the situation “one of the biggest pertaining to human trafficking” in the country. He also described the sit­u­a­tion as “vir­tu­al mod­ern-day slav­ery”.

Residents stay at the facility for long periods of time, often with support from relatives who pay monthly fees for these services, which average around 5,000 Trinidad and Tobago dollars per month (741 United States dollars). Many of the centre's clientele, ranging in age from 19-70, suffer from mental illness and addiction.

Some reports suggest that family visits were restricted and staff closely monitored visits in common rooms. One employee said that staff was “con­tin­u­ous­ly warned and threat­ened not to talk about the op­er­a­tions.”

Nevertheless, at least one rehab centre supporter claims that the whole thing is being blown out of proportion and that any restrictive measures were to “prevent [inmates] from running away”. The person also confirmed that the families “sign contracts and agree” and that they view the facility before making the decision to board a loved one there.

Some netizens even questioned the commissioner's use of the term “human trafficking” and “modern-day slavery” to describe the situation, saying this is not entirely accurate.

For mental health organisations to receive state assistance, they must meet specific criteria, including being officially registered with the state and operating for at least one year while meeting at least 40 percent of costs.

Between 2010 and 2015, when the previous People's Partnership administration was in office, Transformed Life Ministry met the criteria for state assistance and received approximately $7.4 million TT (approximately $1.1 million US). It received its last payment on August 6, 2015, prior to the new People's National Movement government taking office that September.

In an interview on i95 Radio's morning show, Minister of Social Development and Family Services, Cherrie-Ann Crichlow-Cockburn, said that the new government cited concerns about the facility and withdrew financial support. But Crichlow-Cockburn also said that because it was a private facility, her ministry did not have any further authority in the matter.

However, the Minister of Health Terrence Deyalsingh said that Transformed Life Ministry was making the necessary improvements to qualify as an approved mental health care facility when the police raid took place.

On July 1, the Mental Health Division of of the country's Ministry of Health, along with the Northwest Regional Health Authority (NWRHA), made a site visit and found that “seclusion rooms” were used to house violent clients and that during the visit, the team observed all but one resident in “common gathering areas” with no restraints.

Pastor Awong insists he is no monster. He believes the police raid is linked to his court case — he is suing the state for non-payment of $1.4 million TT ($207,511 US) that he claims is owed for work that the centre performed under a Ministry of Social Development programme.

‘The mental health system is not broken…it was never whole’

Netizens quickly took to Facebook to express dismay over the state of mental health care and what the raid revealed about state-supported care.

Activist Nazma Muller critiqued how easy it was for the facility to receive state support despite the staff's lack of psychiatric training:

So, it is that easy to open a mental health care facility in this country? Sounds like something Terry [Terrence Deyalsingh] just made up. He admits he knew about the cages and apparently was just giving Pastor Awong some time to bring things up to mark…once Awong had followed the recommendations, Transformed Life would be transformed into an approved mental health facility…with nobody having any psychiatric training they were left in charge of these 69 people.
And Deyalsingh still has a job…

Um..the cages didn’t call for a complete cessation?!! Are we THAT backward?

Secretary of the Association of Psychiatrists of Trinidad and Tobago (APTT), Varma Deyalsingh, said on a local morning television programme that he knows of reports of abuse and suicide coming out of the rehab centre, which turned the focus to authorities’ failure to monitor these facilities and the state's scant attention paid to mental health issues.

Some suggested that Transformed Life Facility was better than St. Ann's, the state psychiatric hospital, but Facebook user Sievan Siewsarran weighed in:

Humans caged or placed in cells is inhumane. Humans that are mentally ill and have to be caged for their “own good” is sickening!

Trinidadians rallying behind a pastor/ church/ rehabilitation centre saying ‘look at St Ann's’, have completely and utterly lost the point and fallen into the political and social scheme that is this scam.

…The mental health system is not broken because it was never whole. It is deeply flawed. However, when this news cycle goes past the next 24 hours of incredulity and maxi taxi talk, I hope to God we can begin to talk about mental health and how we provide for the most vulnerable in a very serious way.