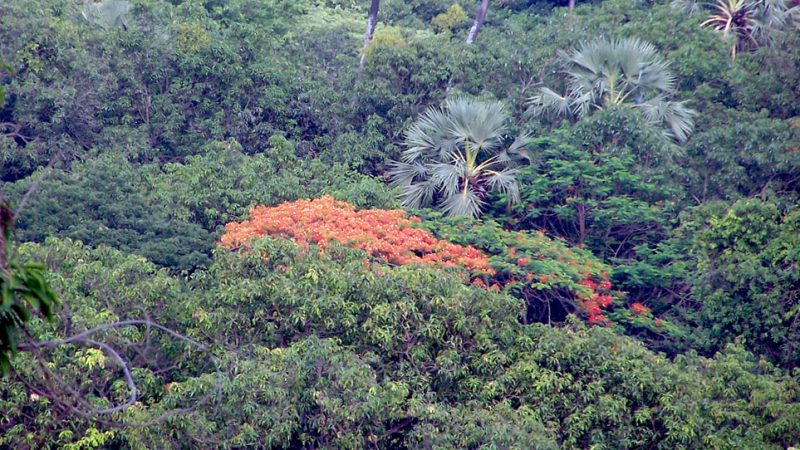 Barricades, chainsaws, and the implementation of a law meant to prevent groups of dissenters from assembling. This was the scene in Mumbai as protesters took to the street in response to a 4 October 2019 Mumbai Court decision which would allow the felling of trees in Aarey Colony – an area known for its urban forest.

Despite a 7 October Supreme Court verdict which restrained the state government from cutting trees, the decision was too little too late as the short period between the local court decision and the supreme court ruling was enough to allow the felling of a substantial amount of trees.

The Supreme Court verdict was the result of a long-simmering battle between environmentalists and citizens against the Maharashtra government and metro authorities over plans to construct an infrastructural metro project that involved axing thousands of trees inside an urban forest.

Initial protests erupted after an earlier local court verdict paved the way for felling a large number of trees. Much to the dismay of protesters and local NGO Vanashakti, the local authorities rushed ahead with axing the trees on 4 October before the Supreme Court ruling was passed down. Protesters faced arrests and many were slapped with serious charges by the police.

My sister and best friend were arrested last night during the #Aarey Protests. They were manhandled and have been charged with a non bailable offence. Citizens with a voice being treated like criminals. Videos floating in of random arrests being made to spread fear.

An activist who organized Fridays For Future and Extinction Rebellion protests in Mumbai spoke with Global Voices on condition of anonymity:

“We had procured permissions to stage our Extinction Rebellion protests in Bandra, far away from Aarey colony. Despite this, we were threatened and asked to disband and police officials acted in an extremely haphazard manner. Even the turnout for Climate Strikes was watered down as amid Aarey protests, officials have an extremely negative view of climate-change-related protests.”

A group of law students wrote to Chief Justice of India Ranjan Gogoi seeking intervention in preventing the felling of trees. But, the Mumbai Metro Line 3 project tweeted a statement reporting 2,141 trees had already been cut since Friday. The authorities further added these would be cleared and subsequent construction activities would be carried out.

We respect the order of the Hon'ble Supreme Court dated October 7, 2019. Following is our official statement. pic.twitter.com/o8CjSmHAB2

The Mumbai police, which enforced section 144 of the Indian penal code intended to ban unlawful assembly, from 5 to 8 October morning arrested 29 people, forcing them to pay 7000 rupees ($98.50) in order to secure bail. The top court asked the police to release everyone arrested for protesting on furnishing a personal bond.

Mumbai (formerly Bombay) is a cluster of seven smaller islands reclaimed by the British to create a metropolitan Island city. The area has a sensitive ecosystem that is prone to annual flooding during torrential downpours. According to the Intergovernmental Panel on Climate Change reports in September, Mumbai along with five other coastal cities in India are threatened as global sea levels are set to rise by at least 1 meter by 2100.

In addition, the presence of oil refineries in the city's periphery in the Mahul area is affecting air quality and the health of citizens living nearby. The Bombay High Court asked the state government in September to not relocate over 5,500 families in Mahul adjoining the refineries subject to health implications.

Journalist Aarefa Johari outlines how India does not have a clear definition of forests resulting in the loss of vast tracts of land usually diverted to infrastructural projects.

Monday’s Supreme Court stay on tree-cutting in Aarey may have brought a belated (and perhaps only temporary) victory to those fighting to preserve the Mumbai forest. But it is clear that when it comes to protecting the environment, India is losing the larger battle.

Murder of 400 trees at Aarey.
Criminals must be tried and punished.#MaharashtraElections2019 vote out heartless netas.

Climate protestors from Friday's For Future and Climate Extinction, who convened a successful worldwide protest in September reported that civic authorities and police officials were hauling away protestors, not giving space for campaigns despite seeking for permissions weeks in advance.

In a statement to Global voices, the resistance group said:

We hosted a ‘Citizens Declare Climate Emergency’, a pre-planned event with permissions to throw light on this climate crisis. But the event was drastically changed due to police presence, which confused and angered attendees.

The dispute with the cutting of trees in Aarey Colony clearly shows that the community perception and expectations are gaining a significant position in the development discourse of India. It is of paramount importance that government authorities must learn from these protests and sequence of events that today’s community expects a much higher degree of care on behalf of the infrastructure projects that operate in their midst.

Nobody likes to see the environment damaged, and the Mumbai Metro Rail Corporation’s undue haste in chopping down trees is indefensible. But I doubt very much whether weakening procedural constraints even further, and handing over even greater powers to the Supreme Court (and, in this case, in the Office of the Chief Justice) will end up doing very much for the cause of the environment in the future.

As Greta Thunberg and global climate activism gather steam on the world stage, Indians are waking up to different challenges as much of the conversations on social media around environmental projects are mired in propaganda and disinformation. Eventually, forests and climate change commitments are facing the axe while the goal of a $5 trillion economy flounders and healthcare costs spiral upwards.