Victims fear a backlash and are often unwilling to talk

This masked victim was repeatedly sexually abused by Boniface Igbeneghu, a professor in University of Lagos, Nigeria (Screenshot from BBC #SexForGrades video)

#SexForGrades, a BBC documentary on sexual harassment of female students by university professors in Nigeria and Ghana, has ignited heated online conversation and raises many questions about how to put an end to it:

Sex for Grades — university lecturers harassing female students, pressuring them for sex in return for grades or admission — is a scandal that's gone on for decades.

You asked #BBCAfricaEye to investigate.

This is what we found.

The groundbreaking investigation, released on October 7, 2019, was anchored by journalist Kiki Mordi, who was forced to abandon her own university degree because she refused to yield to the sexual advances by a university teacher who kept failing her:

Nope I never did. I'm a University drop-out.
I hope to go back to school though because I genuinely enjoy learning. I just hope to do it in a saner, safer environment.#SexForGrades https://t.co/0O8JILy6r0 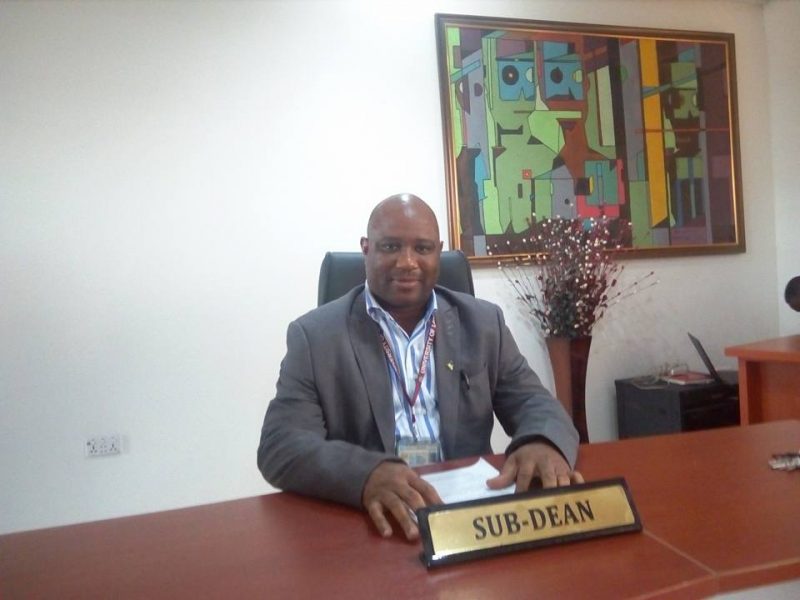 Boniface Igbeneghu, University of Lagos, is caught sexually harassing female students in an undercover investigation by the BBC. Screenshot from BBC #SexForGrades video.

The nearly one-year investigation revealed the scandal of “sex for grades” crises at two West African universities: Nigeria's University of Lagos (UNILAG) and the University of Ghana.

Nigeria's Boniface Igbeneghu, a professor in UNILAG'S faculty of art and an evangelical pastor of local Foursquare Gospel Church, Lagos, was one of the teachers busted by the investigation.

Igbenegbu is seen in the BBC video sexually propositioning an undercover BBC reporter who pretended to be a 17-year-old seeking university admission. Igbenegu can be heard saying:

Don’t you know you are a beautiful girl? Do you know I am a pastor and I am in my 50's but if I want a girl of 17 years, all I need is a sweet tongue and put some money…

In a final meeting between the pair, Igbenegbu switched off the lights, asked her for a kiss and went ahead to hug her in his locked office.

Foursquare Gospel Church has suspended Igbeneghu “from all ministerial assignments”. Similarly, the University of Lagos has barred Igbeneghu from the school and also “ordered the shutdown of the staff club’s ‘”cold room,” used by senior staff to hold parties attended by young female students and staff.

Recounting the trauma of years past

This exposé ignited reactions of cataclysmic proportions from Nigerians online with the trending hashtag #SexForGrades on Twitter. Many female Twitter users recount their own experiences of sexual harassment:

Lola Shoneyin, book festival curator and author, recounted the “terrible shame” she felt after she was touched inappropriately by a university Deputy Vice-Chancellor (DVC):

A DVC (also my dad’s friend) lunged at my breasts in his office. I froze from shock before flinging off his hand. For months, I felt terrible shame. Played the scene over in my mind to see what I could’ve done to invite such a violation. Nothing. I told my dad and he was furious!

Demanding or accepting sex for grades is an abuse of office. It is corruption in its very sinister form.

Everyday we cry anticorruption here but look at yourself supporting the corruption u love to condemn.

Others wanted the investigations to extend to other universities, like Abia State University in Nigeria:

Lord Jesus pls carry this campaign to ABSU or to wherever they've moved on to and expose Ijioma Ijioma and U.U. Chukwumaeze

And the University of Calabar in Nigeria:

Imagine if this #SexforGrades goes to UNICAL.

The stories there are really unlimited.

Others wanted this kind of investigation to focus on churches and other aspects of social life where sexual harassment occurs:

Waiting for the day the undercover investigations on sexual harassment gets to the church as well.

Then we’ll really see how deep the filth we’re dealing with in this country really is.

It's not only universities but also the banking sector:

I was moved from admin to marketing cos I have a “marketable” feature. They needed me to attract/seduce Igbo men into opening bank account. Few weeks later, I over slept and never went back to work. Next BBC Stop is Sexual harassment in banking sector

Philandering university professors have for decades debased female students in Nigerian tertiary institutions. However, it is usually difficult to prosecute perpetrators because victims are afraid of the backlash and unwilling to talk due to deep trauma associated with these abuses.

In 2016, the “Sexual Harassment in Tertiary Education Institution Prohibition Bill,” passed by the Nigerian Senate prescribed a 5-year jail term for lecturers and educators convicted of sexually harassing students.

However, the Academic Staff Union of Nigerian Universities opposed the bill, claiming that it was discriminatory since it targeted teachers and that it undermined university autonomy.

The opposition to the bill may have led to the death of that legislation — which did not get presidential assent.

Is #SexForGrades another #ChurchToo movement?

In July this year, Nigeria's celebrity photographer, Busola Dakolo, accused Biodun Fatoyinbo, the lead pastor of Commonwealth of Zion Assembly (COZA), of forcefully raping her when she was 16.

Over the past six years, the flamboyant Fatoyinbo has been plagued by allegations of rape and sexual abuse. However, the emotional interview during which Dakolo accused Fatoyinbo ignited a national reaction online. For days, #ChurchToo — a national iteration of the global #MeToo movement — trended on social media in Nigeria.

This agitation soon morphed from online to street protests in major Nigerian cities like Lagos and Abuja. The #ChurchToo movement called on the government to take “the issue of violence against women and girls seriously.”

The #ChurchToo revealed the silent but “horrific thriving rape culture, especially within religious circles” in Nigeria. It provided an opportunity for women to speak out.

This generation of women, we will be more protective of “our daughters” because we did not inherit “the silence of our mothers”….

Like the #ChurchToo movement, the #SexForGrades outcry has again revealed the realities of sexual violence against women and the abuse of power that allows this sexual violence to thrive.

Will this hashtag lead to an offline advocacy movement that pushes for reforms to ensure that universities are safe places for women? Time will tell.