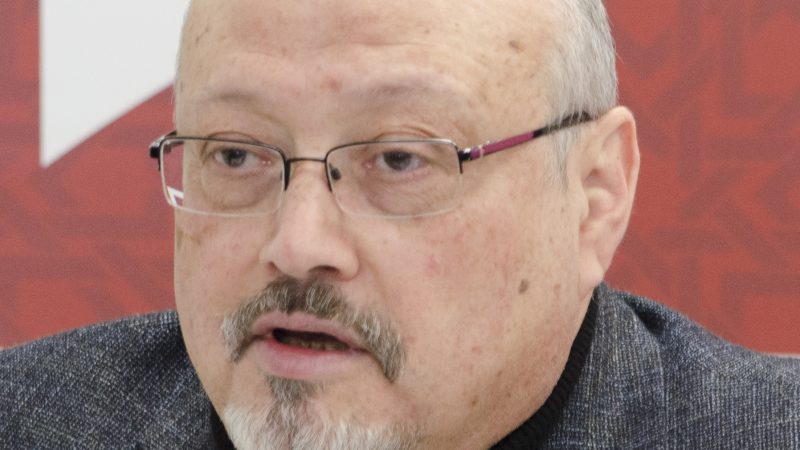 The Advox Netizen Report offers an international snapshot of challenges, victories, and emerging trends in technology and human rights around the world. This report covers news and events from September 27 – October 4, 2019.

On October 2, 2018, 59-year-old Saudi journalist Jamal Khashoggi walked into the Saudi embassy in Istanbul to collect paperwork for his marriage and never returned. Later it was revealed he had been killed and his body dismembered by Saudi agents.

His killing sparked widespread condemnation of the Saudi government and brought increased international scrutiny to the treatment of journalists and rights activists by the regime.

Saudi officials initially denied any knowledge about the disappearance of Khashoggi, a Washington Post columnist and former editor of Al Watan. Later, they claimed that he had died after a fight broke out inside the embassy, and then finally acknowledged that his killing was premeditated.The Saudis have yet to return Khashoggi’s remains to his family. Multiple world leaders and intelligence agencies believe Crown Prince Mohamed Bin Salman ordered the journalist’s murder.

In late 2018, allegations emerged that surveillance software built by the Israel company NSO Group had allowed Saudi authorities to snoop on Khashoggi’s communications in the months leading up to his killing.

News and analysis of Khashoggi’s murder also raised the profiles of other Saudi Arabian voices pushing for greater human rights protections in the country. According to the Committee to Protect Journalists, at least 16 journalists were behind bars for their work in 2018, and at least nine others have been arrested in 2019. Human rights defenders and online activists are also behind bars, including Loujain al-Hathloul, a campaigner for women’s right to drive, and Israa Al-Ghomgham, an activist who was threatened with a death sentence (which was later reduced) for violating the kingdom’s Cybercrime Act.

Vigils and demonstrations were held outside of Saudi embassies in several countries on October 2. Human rights and media freedom groups also jointly published a letter calling for further action by both the international community and the Saudi government to implement due process in the investigation of Khashoggi’s murder and to release other journalists, human rights activists and prisoners of conscious currently behind bars in the kingdom.

European court ruling is a blow for Facebook — and free expression

The European Court of Justice issued a landmark ruling concerning illegal content on Facebook. In a defamation case brought against the company by Austrian politician Eva Glawischnig-Piesczek, the court ruled that the company should be obligated to remove defamatory posts about her not only within Austria or EU jurisdiction, but worldwide.

The ruling sits in sharp contrast with previous rulings by other courts, agreements with governments, and Facebook’s current approach to content found to be in violation of the law, under which the company “geoblocks” or removes the offending content only within the relevant national or regional jurisdiction. The ruling also calls for the implementation of automated content filtering systems, but offers no indication of how these should work.

The decision could have profound implications for the company and its users, both within the EU and globally. It sets a new standard, under which any court in an EU member state could order content found to be in violation of that state’s law to be removed from Facebook altogether. But it also sets a precedent on which non-EU governments may argue that Facebook should follow the same procedure for any piece of content deemed illegal in any jurisdiction. It could increase the power of countries like Turkey, which makes hundreds of successful content removal requests each year, to dictate what the whole world sees and doesn’t see on the platform. For these and many other reasons, the decision may mean that speech is about to get a lot less free on Facebook.

The Protection from Online Falsehoods and Manipulation Act officially went into effect in October 2019, giving broad, unchecked powers to government ministers to determine what online information is “false” and demand that it be censored or corrected. The Ministry of Law says the legislation will help stop the circulation of “deliberate online falsehoods,” but journalists and human rights advocates worry it will be used to stifle free speech.

The law also raises significant concerns for technology platforms like Facebook, Twitter and Google, which maintain their Asian headquarters in Singapore. The law introduces significant administrative obligations for web platforms offering their services in the country, and imposes fines on companies.

Only six months after his release from prison after serving a five-year jail sentence for defying a protest ban, Egyptian activist and blogger Alaa Abd El Fattah was arrested again on September 29.

Alaa was arrested at the Dokki police station, where he is required to spend the night every day from 6 p.m. to 6 a.m., as part of his probation period. However, on the morning of 29 September, Alaa did not emerge from the station and his family was told that he was detained by the National Security Agency and taken to State Security Prosecution headquarters. According to Mada Masr, authorities have accused him of “joining an illegal organization,” “receiving foreign funding,” “spreading false news,” and “misusing social media.” He is yet to be charged.

A leading voice among Egyptian bloggers and technology activists in Cairo on the lead-up to the 2011 Egyptian Revolution, Alaa has been jailed or investigated under every Egyptian head of state who has served during his lifetime.

Alaa’s re-arrest comes in the midst of a government crackdown on small-scale anti-corruption protests that took place in multiple Egyptian cities in late September. Hundreds of arrests have been documented, and cybersecurity experts sayseveral activists and opposition leaders have received targeted surveillance software that has been linked to the Egyptian Ministry of Communications and Information Technology.

Ananda Badudu, a musician and former journalist, was briefly detained and questioned by the police for his involvement in crowdfunding in support of the Indonesian student protests that are currently underway in cities across Indonesia. He has been released since.

Croatian journalist Gordan Duhacek, who writes for Index.hr, was arrested at Zagreb airport on September 16 and fined for a tweet that included the anti-police acronym ACAB (All Coppers are Bastards). He is awaiting another court decision regarding a second tweet, in which he made a satirical reference to a patriotic Croatian song in a thread focused on pollution and environmental degradation in the country. Dunja Mijatovic, Council of Europe’s Commissioner for Human Rights, says the cases against Duhaceek “amount to pure intimidation of the press.”

UAE human rights activist Ahmed Mansoor has begun his second hunger strike in protest of poor prison conditions and ill treatment at al-Sadr prison in Abu Dhabi. Mansoor, who has been arrested and jailed in his country multiple times since 2011, is serving a 10-year prison sentence after being convicted of insulting the “status and prestige of the UAE and its symbols,” publishing “false reports” on social media.

Mansoor was named the winner of the Martin Ennals Award for Human Rights Defenders of 2015 for being “one of the few voices within the UAE who provides a credible independent assessment of human rights developments in the country.”

Are we any better at judging right from wrong? Automation in content moderation – Namita, GenderIT.org