From Syria to the world: Notes on tyranny, war and despair 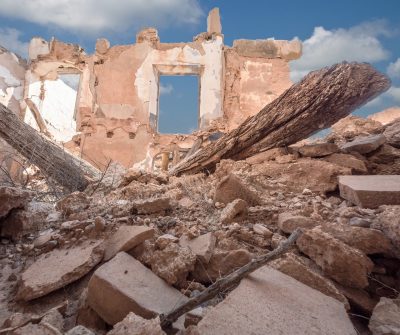 Image by Carabo Spain from Pixabay.

Based on actual events and true stories of Syrian people, including the author's friends and relatives, these Notes capture the many aspects of the Syrian tragedy and shed light on the fragility of the Syrian life. They send a clear, loud message that Syrians deserve to live in peace, dignity and freedom—just like everyone else in the world. The Notes were translated from the original Arabic by Tesbih Habbal.

‘I am a child, studying at an elementary school in the east, west, south, north of Syria—or somewhere in between. It doesn’t really matter where my school is. I once dreamed of becoming a teacher. My school, and so my dreams, turned into ruins. I suddenly found myself displaced, without dreams, at some camp.’

‘I am an infant. I live with my seven brothers in a pitiful house. But I love our house. It is my paradise; my safe haven. Then on a dark night, wild beasts wearing human skins broke into it. They slaughtered me along with my brothers; oh father, they did so just because you said “no.””

‘I am an annoying child. I ask my mother every day of Ramadan to buy me Eid clothes and new shoes. My nagging only stopped after I tried on the new outfit and shoes. I watch my mother hiding my new clothes in the closet—she hid them for coming Eid. Then, and in a fleeting moment, a missile blew through my body. To avoid listening to my cries, my mother laid down my Eid outfit and new shoes on my grave.’

‘I have aged rapidly, as I watched them cruelly killing my father and two brothers at the checkpoint. I wish they didn’t leave me alive, wandering the cold streets alone. Oh God, why didn’t they just kill me, too! So I am no longer accused of insanity…’

‘I am an artist. I play the violin. I composed all the songs of rage for my beloved neighborhood. I planted seeds of hope in peoples’ hearts. And fought, with my melodies, misery and death; until my soul made a peaceful journey to heaven.’

‘I am still a young girl, but my rapist turned me into a grown woman—at the age of eight. He invaded my body in a small room at school. It is the room where I go to buy candies. He gave me candies and chips and told me, “Don’t worry, you can take them for free.”’

‘I am a fine young man. I took up arms to defend my country. I knew who my enemies and friends were. I never thought I would be murdered by my brother and camp-mate. As they were burying me in the Martyrs’ Cemetery near my hometown, I saw the face of my murder. He was crying; he was my brother; my own flesh and blood. He betrayed me, for a few dollars.’

‘I am a father, over 50 years old. I have no family or relatives left here. I often think of my son who fled across the sea. I talk to him every day, gently and fondly, as I sit at the bench in the Public Park. I sing to him: “I want to see you every day, my love.”’

‘I am an infant. My mother carried me away in a rotting boat to save my life. My parents, the passengers on the sea boat (the balam), and everyone else have died. The waves cast me back on to the shore, not too far from the place from where we were smuggled. The smuggler escaped. The entire world sympathized with me, but my story soon faded away; all that's left is an image of a drowned child called “Eilan” murdered by human savages.’

‘I am a fragile poet. They locked me up in a dark basement because I refused to glorify “the master.” They tortured me, electrified me, gouged my eyes out, and raped me. When I was released, I was able to see only though my heart and sensations. People saw me as a shallow being, senseless and insensate.’

‘I am a wheat field, blowing in the wind, ready to harvest. I am awaiting my farmer to cut my corn with his noble sickle. I can see my ears of grain turning into bread for the hungry. But I was burned down by spiteful beings during the harvest season. They claimed someone threw a cigarette that burned down all of my country’s fields.’

‘I am the head of Abu al-’Ala’ al-Ma’arri, the temple of Bel, and the statue of Ibrahim Hanano on his horse. I was destroyed by men who came from all over the world; who came from the old ages of banners and conquests. They raised their black banners over my ruins. They destroyed the temple and statue, and killed the horse, claiming that they were idols worshiped instead of God.’

‘I am a sarcastic artist. I painted a picture of the spiteful leader. It was a nightmare. They burned my paintings and confiscated my pens and paintbrushes. They beat me and broke my fingers and said, “This is the penalty of one who insults our most gracious leader. The leader has now lost his patience, and it is time for you to stop painting him, or we will wipe you off the face of the earth.”’

‘I am the Syrian who stood against the world and shouted, “I am a human, not an animal.”  But what did I get in return? Talks from the “very seriously concerned” Ban Ki-moon, and a gentle tweet from Trump: “Yes, indeed! He (Al-Assad) is the animal—not you.”’

‘I am a baker. I make bread and bake cheese and zaatar pies. I dream of a Yafawi orange orchard or olives. They besieged me in “Al-Yarmouk camp” and deprived me from wheat, flour, and bread. They hang the bread on the fence of the siege to hunt me down, just like they would hunt a mouse with a few crumbs. Every time I starved and attempted to break the siege, they shot at me before I ever reached the bread.’

‘I am the Syrian everywhere. I stood in the face of tyranny. I was attacked by the universe in the name of defeating terrorism although I am the first victim of it. I have been doomed by all nations and religions. But you will not defeat me. You will not weaken my determination or stop me from dreaming of a better tomorrow—in which the sun of rightfulness shines.’

Jihad Eddin Ramadan is Syrian lawyer and writer from Aleppo, currently living in Vienna as a refugee. Tesbih Habbal is a Syrian researcher and editor, currently based at the University of Chicago.