The situation is dire but not hopeless 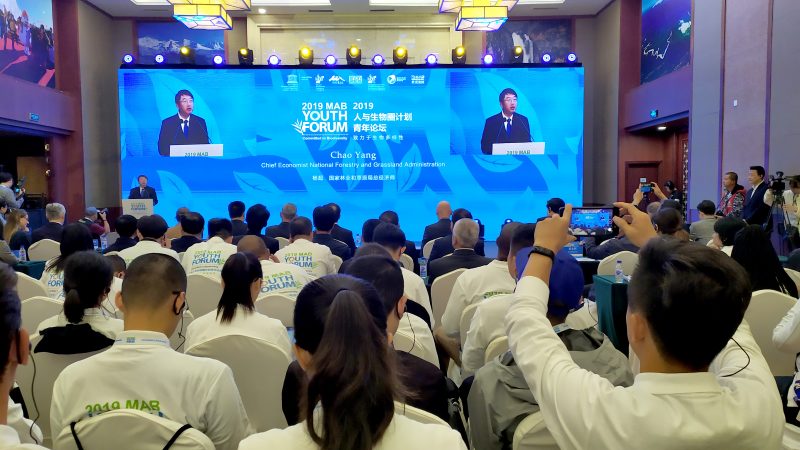 At least 15 different African countries were represented and these delegates highlighted a lack of financial resources and access to information as some of the major challenges to address climate change. The forum provided an opportunity for all youth (18-35) to engage concretely in the upcoming 15th Conference of the Parties (COP 15) of the Convention on Biological Diversity (CBD).

The MAB Youth Forum ran under the theme “committed to biodiversity” in line with CoP 15's theme: “Ecological Civilization: Building a Shared Future for All Life on Earth,”  to be held in China in 2020. At CoP 15, the international community is expected to adopt an ambitious new global biodiversity framework that can deliver the 2050 Vision for biodiversity, “Living in harmony with nature”.

The interactive sessions held during the forum also focused on how the post-2020 Global Biodiversity Framework can be used to halt the loss of biodiversity:

PEOPLE! Day 3 of the MAB Youth Forum. During interactive sessions, the #MABYouth community discussed it's perspective on how we can use the Post 2020 biodiversity framework towards solving the current biodiversity crisis.#UNESCO #Changbaishan #Biosphere… pic.twitter.com/NMv1iRC3Df

The forum emphasized that humanity needs to wake up to the risks of biodiversity loss.

Scientific evidence has shown that climate change will bring catastrophic consequences to the planet — including animals and plant life —  if humans continue with a “business as usual” approach.

The 2018 Inter-governmental Panel on Climate Change report highlighted the urgency of prioritizing actions needed to deliver on the Paris Agreement. The IPPC report warns of the impacts of global warming of 1.5°C above pre-industrial levels and urges people and governments to tackle the climate crisis immediately.

Climate change does not only affect human beings but also animals. Many species are at risk of extinction. To learn more about the impact of climate change on living creatures check out this series narrated by David Attenborough. pic.twitter.com/iShXO90Qxr 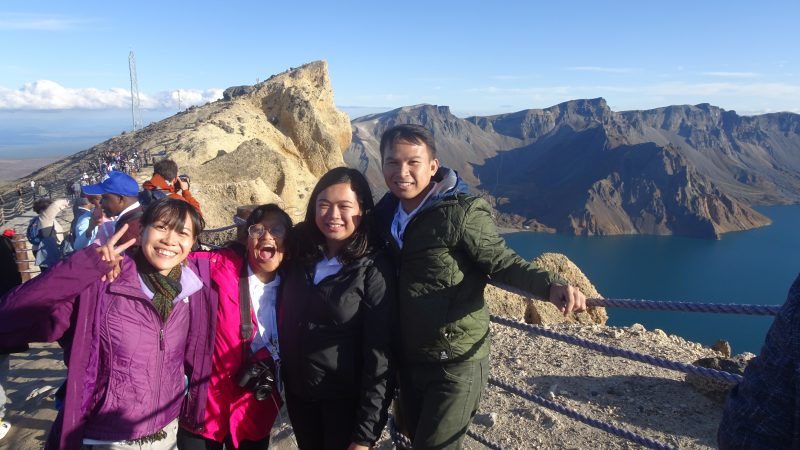 Youth at the forum developed a four-part declaration that addresses different issues regarding biodiversity, climate change and human relationships with the biosphere. The declaration also addressed the need to advocate not just for human beings but also for other living organisms. Vulnerable animals, especially wild animals, both terrestrial and aquatic, must adapt to a rapidly changing climate. 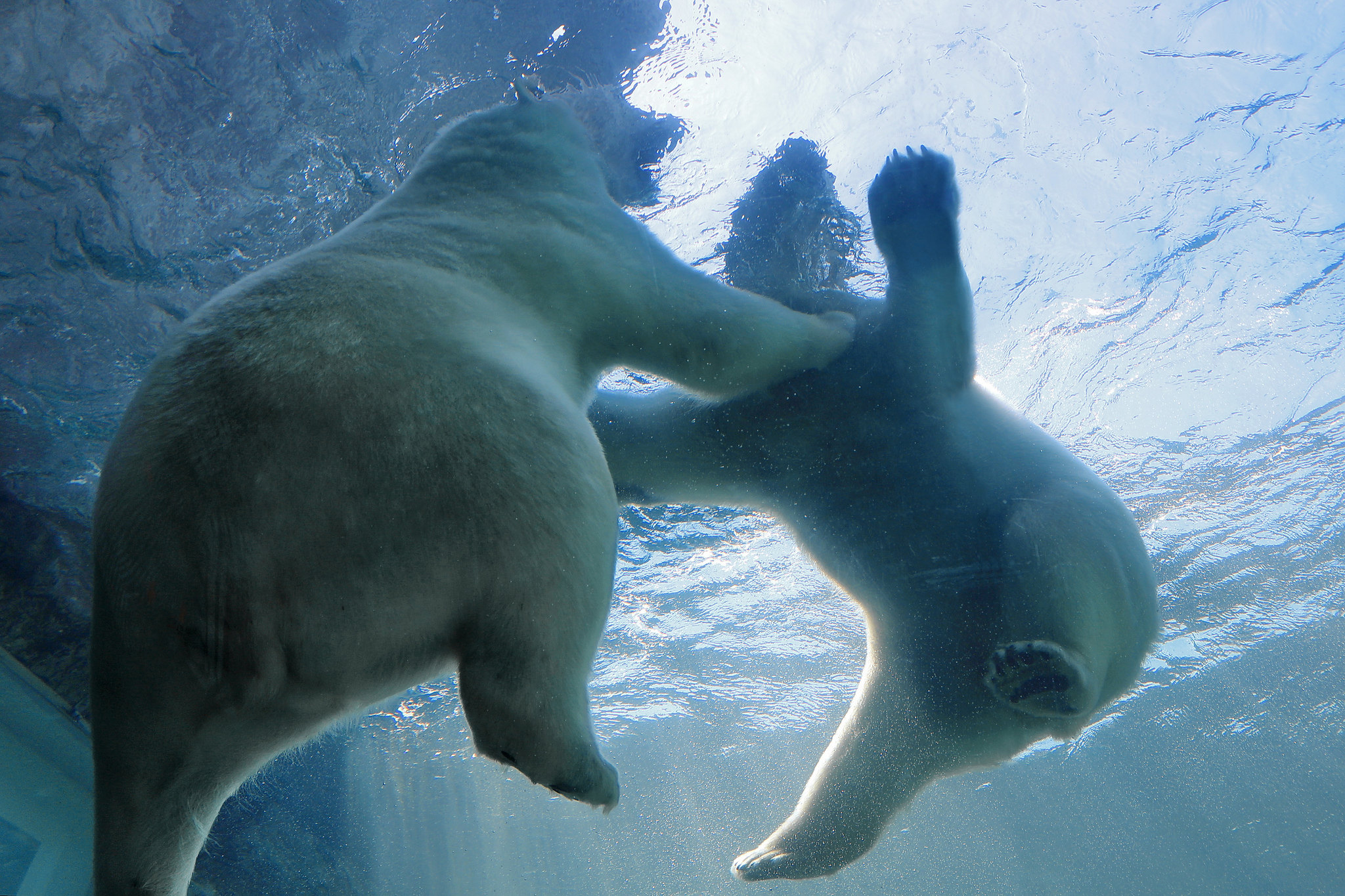 The polar bear is a hyper carnivorous bear whose native range lies largely within the Arctic Circle, encompassing the Arctic Ocean, its surrounding seas and surrounding land masses. Because of the expected habitat loss caused by climate change, the polar bear is classified as a vulnerable species, and at least three of the nineteen polar bear subpopulations are currently in decline. Photo credit: Robert Linsdell via Flickr, CC BY 2.0.

Youth drafted the declaration following in-depth discussions on living in harmony with nature, sustainable living, climate change and an analysis of biosphere reserves, looking at strengths, weaknesses, opportunities, and threats (SWOT).  Other concerns raised in the declaration include the lack of political will, the need for intergenerational equity, gender equality, the recognition of the rights of indigenous peoples and local communities.

Earlier this year, in May, the Intergovernmental Science-Policy Platform on Biodiversity and Ecosystem Services (IPBES) released a report stating that 1 million species are at risk of extinction mainly due to changes in land and sea use. In the past, species extinction happened naturally. The difference now is that humans directly cause extinction because of global warming and encroachment on animal habitats and overfishing.

When it comes to climate change, Africa is in the eye of the storm. In particular, suitable habitats for some of Africa's wild animals found nowhere else are disappearing and their narrow ranges of motion make them even more vulnerable to climate change. Intense human land use due to the growing population, demand for agricultural produce, extraction of minerals and precious stones and structural development reduce adequate space for wildlife to thrive.

In addition, marine animals also face challenges due to ocean acidification and warming waters. Oceans are heating up and this phenomenon is killing off marine ecosystems.

In late September, the IPCC released a special report on the Ocean and Cryosphere in a Changing Climate. The report shows that if greenhouse gas emissions continue to increase, global warming will drastically alter the oceans and cryosphere (also known as frozen areas). People may not inhabit the ocean or cryosphere, but climate change in these areas will affect humans and animals alike. Melting glaciers and rising sea levels puts all life on the planet at risk.

The situation is dire but not hopeless, as youth continue to build momentum and gather scientific knowledge unimaginable just a few decades ago. Available scientific reports have not only shown how humans exacerbate climate change but exactly what kind of disaster to expect. If youth act fast and political will meets their urgency, humans may still be able to avoid catastrophe.