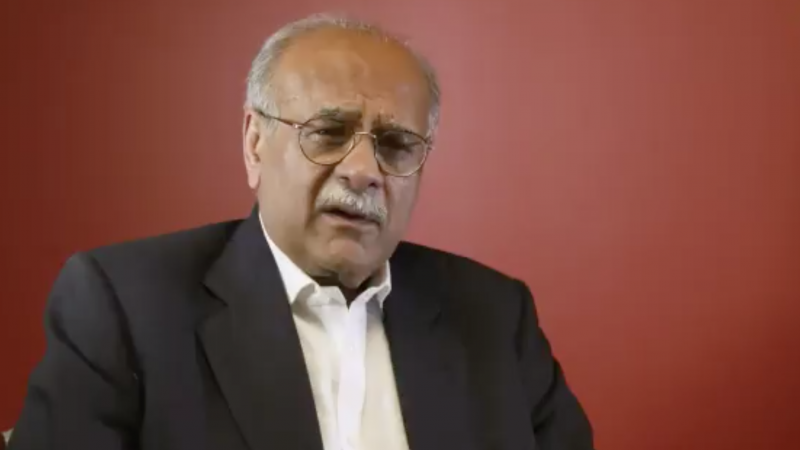 Pakistani journalist Najam Sethi talks with CPJ about how journalists are being silenced in Pakistan. Screenshot from Video.

Deaths, threats, layoffs, late salaries, censorship and bans on TV channels have become the norm for media professionals in Pakistan.

On June 16, 2019, Pakistani blogger and independent journalist Billal Khan, who ran a YouTube channel where he interviewed political figures and talked about religion and politics, was stabbed to death by unknown individuals. Reports speculate that his criticism of the Pakistan army and Inter-Services Intelligence (ISI), Pakistan's leading intelligence agency, led to his killing.

In mid-September 2019, Zaffar Abbas, a journalist with the privately-owned Channel 7-News, was found dead in a dry well in Vehari, Pakistan. According to police sources, Abbas was returning home late at night from the Kot Malik area on September 7 when he went missing. On the family’s behest, a kidnapping case was registered against unidentified people, and the reason for the incident is yet to be determined.

Another attack on freedom journalism
I strongly condemn the killing of journalist Zafar Abbas in Mailsi@OFFICIALDPRPP #آزاد_صحافت pic.twitter.com/oUjrYTQmtc

A number of journalists have recently been reported dead and in most cases, the perpetrators could not be identified. According to the Committee to Protect Journalists (CPJ), as many as 61 journalists have been killed in Pakistan since 1992.

In an interview with CPJ, Najam Sethi, a seasoned journalist and former Caretaker Chief Minister of Punjab, said that journalists in Pakistan are going through the worst time in the history of the country. In August, the TV Channel 24 HD cancelled the Najam Sethi Show, a news and political commentary program, after Sethi reported about Prime Minister Imran Khan's alleged marital issues:

Journalist & publisher @NajamSethi, whose "Najam Sethi Show" was taken off-air amid defamation suits from authorities, spoke to CPJ about the unprecedented challenges facing the press in #Pakistan today.

Sethi also spoke about how journalists are being silenced: every time they raise their voice, criticize the government or do shows, they are labelled as traitors or have their credentials questioned.

Censorship has increased in Pakistan. Anything critical of the government, as well as various interviews with politicians, have been taken off-air on the orders of various government departments. Journalists have also started receiving emails from social media platforms warning them about their posts against the Pakistan government. Reporters without Borders wrote an open letter to Pakistan's prime minister and voiced its concerns regarding the treatment of journalists in the country.

Sethi rightly points out the critical situation faced by journalists. The social media factor is one that can't be ignored: it has become an arena where online bullying and threats against journalists have taken place, with female journalists taking the brunt of the attacks.

Gharidah if we count the “slip of tongues” that have actually been anti state by u over the years,u would be out of job. PM IK had once told u that “aap bohat low intellect ki baatein kar rahi hain”. We can totally understand why he said that; causing damage to an important cause https://t.co/fc3F0RD1dB

Gharidah if we had really counted your “slip of tongues” over the years that were actually anti-state, you would be out of your job. Prime Minister Imran Khan had once told you that “you are talking like a person with very low intellect”. We can totally understand why he said that; (you are) causing damage to an important cause — Tehreek-e-Insaf (@InsafPK)

For the past few years, columnist Cyril Almeda, a recipient of the International Press Institute's (IPI) 71st World Press Freedom Hero Award, has come under fire from the state for publishing an exclusive story in the Dawn newspaper regarding a top-level meeting of civil-military leaders in 2016. In 2018, Almeida was slapped with a treason charge for an interview he did with the former prime minister, Nawaj Sharif.

In January 2019, Almeda was suspended from writing for the newspaper:

Some work news: suspending writing the Sunday column for Dawn. Thank you for the readership and affection over the years. ???

By September, Almeida announced that he would resume writing and that his latest column would be equally hard-hitting:

Some work news: have resumed the Sunday column for Dawn… grateful to the many friends and readers who have messaged… ??https://t.co/YEoqBa4Mpw

While these are some of the more egregious cases, journalists face constant challenges in the form of late payments and increased layoffs. Many media houses claim they are not getting government advertisements and are forced to downsize as a result. Reports suggest that ad volumes are being reduced for certain media houses “as a tool of punishment”.

Advertisements placed by Pakistan's government institutions account for 25 percent of total ad spend in the country. However, many note that the first ones to bear the brunt of layoffs are the journalists critical of the powers that be. Given these circumstances, the future of journalism in Pakistan appears to be fairly bleak.