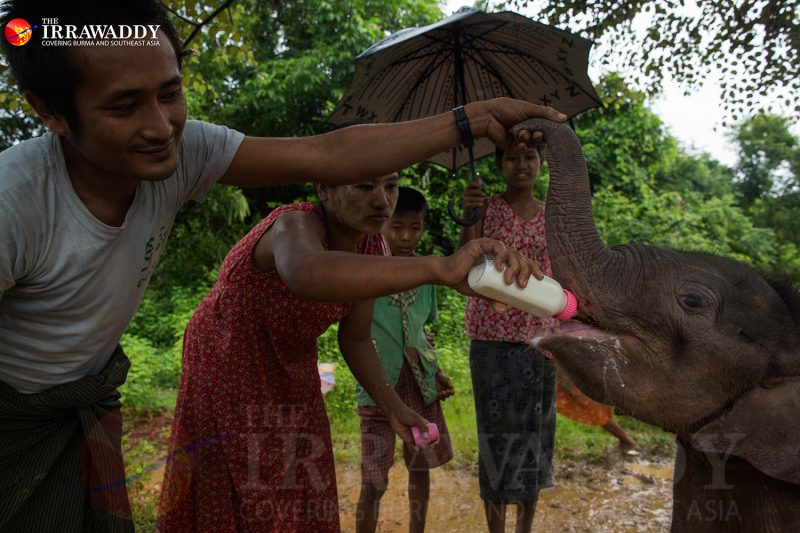 This article by Aung Kyaw Htet is from The Irrawaddy, an independent news website in Myanmar, and is republished on Global Voices as part of a content-sharing agreement.

When forestry staff found her deep in the jungle of the Irrawaddy Delta, Ayeyar Sein was three months old. One of her legs was caught in a steel trap laid by poachers. Workers from the government’s timber extraction enterprise saved her and sent her to an elephant camp in Bago Region for treatment. Now she is one of eight calves being sheltered at Wingabaw, Myanmar’s only elephant orphanage.

Another calf, Ayeyar Maung, endured a similar ordeal. Before his arrival at the camp, the six-month-old was snared in a wire trap. As he was stuck among a group of boulders in the same forest where Ayeyar Sein was found, his herd was forced to leave him behind. However, forest workers were able to free him and he arrived at the camp last year.

They are the youngest of the orphans at the camp; the oldest is nearly four years their senior. All have tragic backgrounds. Some were left by their herds, while others were orphaned when their parents were killed by poachers. At Wingabaw Camp, the motherless calves rely on baby formula provided daily by staff. They are allowed to roam in the forest in the morning and wash in a nearby stream before returning to the camp.

Currently, it is believed that Myanmar has nearly 1,500 wild elephants. But they are under serious threat from poaching, with elephants being killed at the alarming rate of one a week. 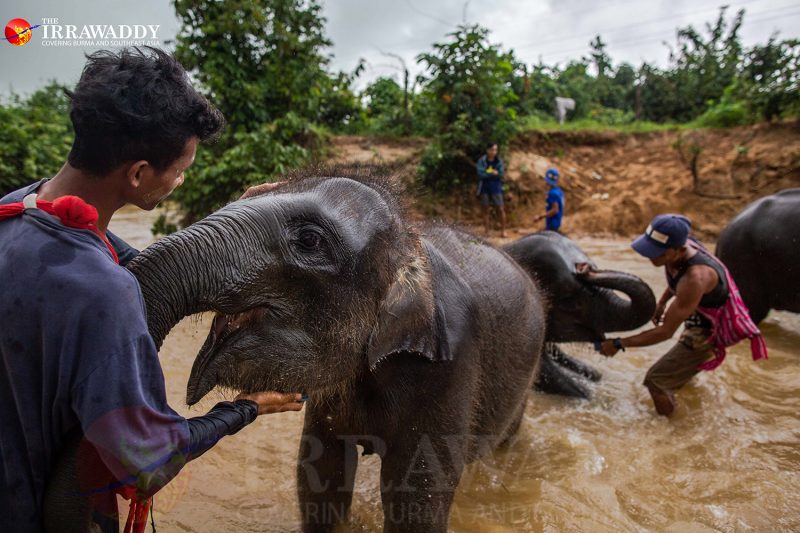 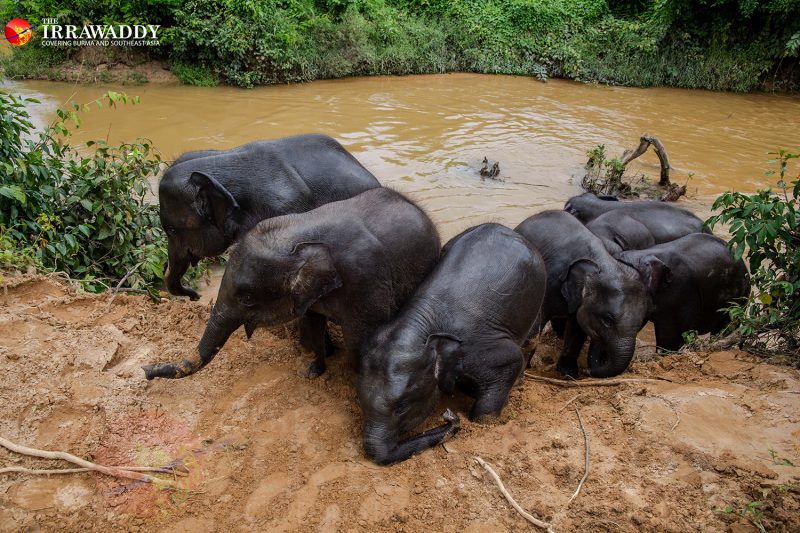 Elephant calves clamber up the bank of a stream near Wingabaw Camp after bathing. / Aung Kyaw Htet / The Irrawaddy 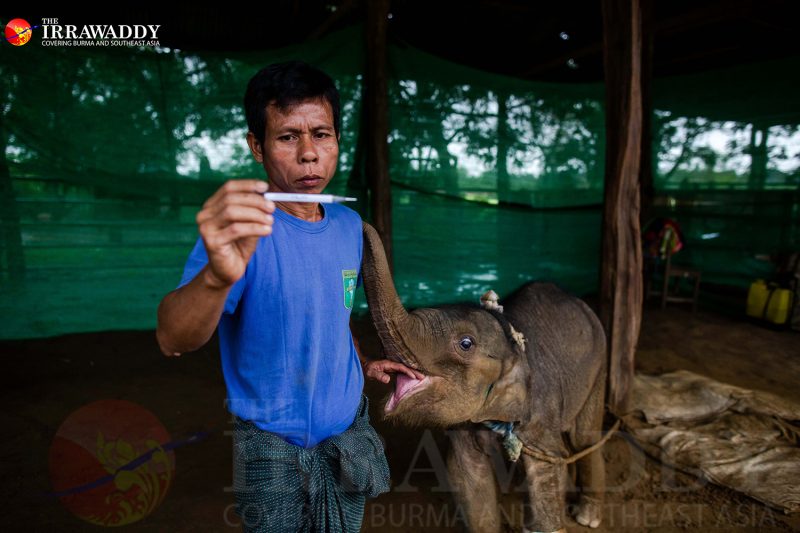 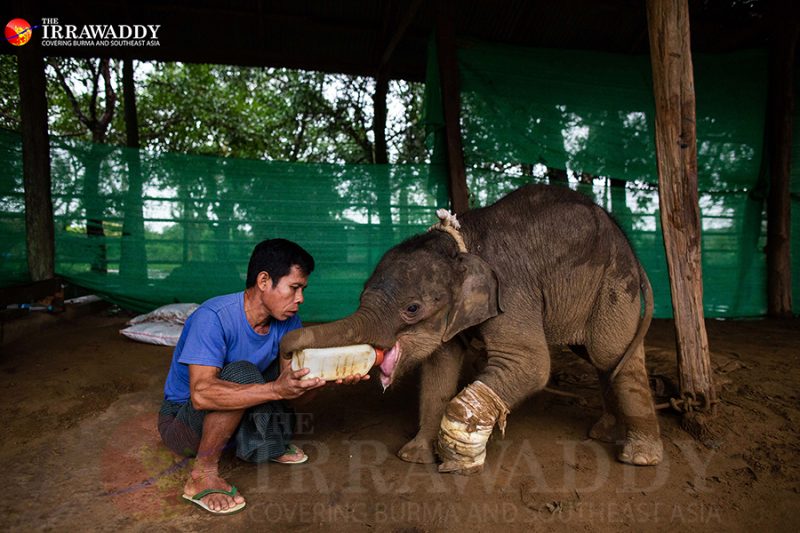